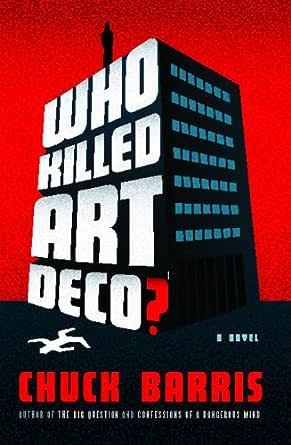 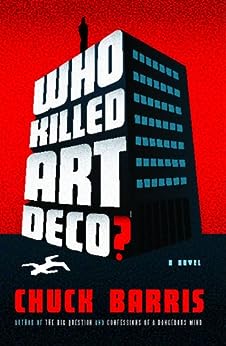 "The latest novel by the author of Confessions of a Dangerous Mind (1982) and The Big Question (2007) is a three-in-one literary satire, lampooning simultaneously the murder mystery, the private-eye novel, and the family drama. Barris, who gained early fame as the creator of such television fare as The Gong Show, is a wildly inventive writer whose imagination takes him, and us, to some very strange and entertaining places." -- David Pitt, Booklist

"Once he kicks into gear, Barris is as antic in mystery mode as in any other. Like a more linear Tim Dorsey, the former Gong Show host (The Big Question, 2007, etc.) deadpans his way through his detection debut, delivered shotgun style." -- Kirkus

"I thoroughly enjoyed Who Killed Art Deco?! And I was fascinated once the various characters began to unfold. All in all a fun read." -- Dick Clark --This text refers to an alternate kindle_edition edition.

Chuck Barris is a former television show creator and producer, whose credits include The Dating Game, The Newlywed Game, The Gong Show, and Treasure Hunt. He is the author of several books, including Confessions of a Dangerous Mind (adapted into a major motion picture) and the New York Times bestselling novel You and Me, Babe. Chuck and his wife, Mary, live in Manhattan. --This text refers to an alternate kindle_edition edition.

Robert I. Hedges
5.0 out of 5 stars Chuck Barris: Talent Beyond "The Gong Show"
Reviewed in the United States on 14 September 2020
Verified Purchase
I have loved Chuck Barris since I was a kid: "The Gong Show" was a staple of my upbringing, and later I came to appreciate Chuck's musical, production, and literary works as I learned more about him. Although "Who Killed Art Deco?" is not my favorite Barris novel ("Confessions of a Dangerous Mind" by a longshot), it's still a fast and funny read full of genuinely unusual twists and turns that's simultaneously a mystery and a dark comedy. The plot and characters are first rate if you're in the mood for a comedic detective story, and I thoroughly enjoyed it.
Read more
Report abuse

Karen with a Kindle
5.0 out of 5 stars Loved it!
Reviewed in the United States on 26 July 2015
Verified Purchase
Great read! A fast-moving mystery with snappy dialog and classic Chuck Barris humor that had me chucking out loud. Wonderful and consistent character development -- you KNOW these people. Interesting plot with just enough (but not too many) twists. I finished it in one sitting with ease, just couldn't put it down.
Read more
One person found this helpful
Report abuse

Helen A Johnson
4.0 out of 5 stars Great book
Reviewed in the United States on 11 April 2019
Verified Purchase
Light read. Love Chuck Barris
Read more
Report abuse
See all reviews
Get FREE delivery with Amazon Prime
Prime members enjoy FREE Delivery and exclusive access to movies, TV shows, music, Kindle e-books, Twitch Prime, and more.
> Get Started
Back to top
Get to Know Us
Make Money with Us
Let Us Help You
And don't forget:
© 1996-2020, Amazon.com, Inc. or its affiliates