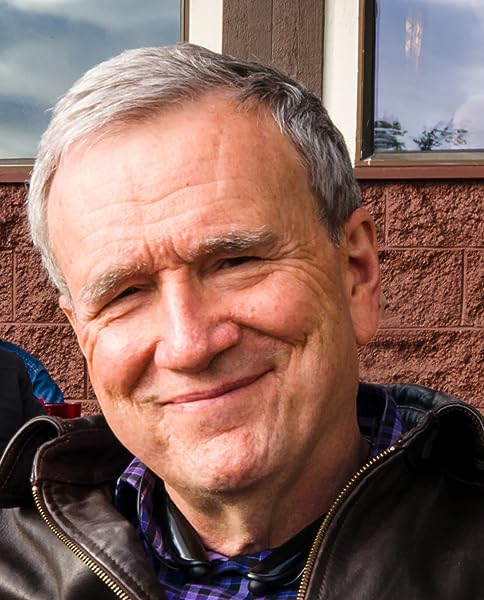 Page 1 of 1 Start overPage 1 of 1
This shopping feature will continue to load items when the Enter key is pressed. In order to navigate out of this carousel please use your heading shortcut key to navigate to the next or previous heading.
Back
Next
Start reading White Sky, Black Ice (Nathan Active Mysteries Book 1) on your Kindle in under a minute.

4.3 out of 5 stars
4.3 out of 5
106 global ratings
How are ratings calculated?
To calculate the overall star rating and percentage breakdown by star, we don’t use a simple average. Instead, our system considers things like how recent a review is and if the reviewer bought the item on Amazon. It also analyses reviews to verify trustworthiness.

Rob Kitchin
5.0 out of 5 stars Nice mix of murder mystery and cultural politics
Reviewed in the United Kingdom on 8 May 2012
Verified Purchase
The three great strengths of White Sky, Black Ice are sense of place, cultural politics and characterisation. This is very much a book of rural Alaska and of the Inupiat community and its relations amongst itself and the outside world. The landscape is richly evoked and the reader is transported to a place entering an Alaskan winter. Like Adrian Hyland's Emily Tempest books, Jones uses the insider/outsider role of the lead character to very good effect. Nathan Active occupies a liminal space between communities. Jones uses the position to examine the nature of the Inupiat community, its various cultural practices, organization and issues. He also nicely captures the politics of resource extraction and the pressures of big business and politics on the lives of ordinary people. The plot is relatively straightforward and my guess is that the average mystery reader will have the murderer identified a long way from the end. What is very nicely done, however, is how the resolution is handled by Nathan Active given its potential ramifications to the local community. I thoroughly enjoyed the book and I'll be reading others in the series.
Read more
Report abuse

mummymaus
5.0 out of 5 stars Compelling.....
Reviewed in the United Kingdom on 10 February 2016
Verified Purchase
Fascinating, and despite the pace being slower than most works of this genre it is a compelling read.
There is a sort of innocence which sets it apart.

Maxine Clarke
4.0 out of 5 stars Pleasing start to atmospheric police series set in Alaska
Reviewed in the United Kingdom on 22 November 2011
Verified Purchase
Nathan Active, an Alaskan state trooper, has been assigned to Chuckchi, a small, remote town in Alaska. Although he was born there to Inuquiat (native Alaskan) parents, he was bought up in Anchorage by a white adoptive couple as his birth mother, a young teenager, could not cope with looking after a baby. Nathan's mother has long since grown up, become educated, remarried and settled into a local job as a teachers' aide. She tries to reconnect with her son, but Nathan feels resentful for her long-ago abandonment. His main ambition is to stay single and to get promoted so he can be transferred to Anchorage as soon as possible.

This background becomes clear in the first chapter or two of the novel, in which a young Inuquiat man has been found shot and Nathan is sent to investigate. Everyone is convinced the death is a suicide, partly because suicide is prevalent among the young at this time of year in such a dark, cold and remote region; and partly because George Clinton, the victim, is a member of a family said to have a curse on them. Nathan is not convinced as he's never heard of a suicide who is shot in the throat, and a confused old woman claims to have seen someone shooting the boy. Although Nathan is pretty easy-going, giving the locals lifts in his police vehicle (with the `flashers' on if required), he's both conflicted about his mixed past, and stubborn. He feels he does not belong as an Inuquiat - in fact he does not even speak the language - and this discomfort is mirrored in his own attitude to his work, as he's unable to accept the authority of his superiors unquestioningly.

Hence, when the husband of a friend of Nathan's mother goes missing and there's no budget for a search party, Nathan does some freelance investigating in the guise of chartering a plane to attend a course. He finds the body of the man, shot in the same way as George Clinton. Even more convinced that the deaths were not accidents, Nathan begins to investigate the Grey Wolf mine, the main source of labour in the region, where both men worked. The plot widens into broader issues: alcoholism is rife in the little community and is responsible not only for many crimes but also for the high suicide rate; and some unusual shifts in the water level and some diseased fish could, Nathan thinks, be connected both to the mine and to the men's deaths.

Part of the charm of this novel is due to the typical dogged, loner investigator typified by Nathan - in this case made distinctive by his inner conflicts about his racial identity. Much of it is due to the window on life in the snowy wastes of Alaska, where communication is intermittent and possessions have to be flown in by small charter planes, so everything is kept, reused and recycled for years. People spend their time either hunting or drinking, but the constant challenge of living in winter darkness, in a place where the water is always frozen (sanitation being a major problem) and anything you might want has to be expensively ordered and waited-for, takes a long-term toll on the residents. This background, together with several telling character sketches among the residents, colleagues and later, people associated with the mine and state politics, provide a satisfying roundness. To my mind, the plot itself is slightly simplistic and naively resolved (it was written in 1999, and the world has changed since then, not least in the price of copper), but nevertheless I enjoyed this engaging novel, and hope to read more in the series (of which this book is the first).

Janis A. Tabor
4.0 out of 5 stars Great setting, good story
Reviewed in the United States on 7 February 2016
Verified Purchase
Without its unique setting and insights into modern life in a small Inuit town in Alaska, this would be just another average mystery. Just as Tony Hillerman brought modern Navajo culture to life through the exploits of Lieutenant Joe Leaphorn and Officer Jim Chee, Stan Jones does a nice job of creating life in a small subarctic town through the eyes of a young, half-Inuit Alaskan State Trooper. The protagonist is newly-assigned to the town where he was born after being adopted and raised by white schoolteachers in Anchorage. Although his adoptive parents have maintained contact with his birth mother and tried to give him a sense of his heritage, Nathan Active's outlook and values are distinctively middle-class American. He can't wait until he can advance to a more prestigious posting, and while his Native American ties give him a bit of insight into the community, he has much to learn about its people and unique culture. Therein sits the story. I gave this book four stars. It was definitely worth reading, and I will read the next book in the series. I like Nathan Active well enough to want to get to know him better. The details of modern village life are richly drawn. Except for Officer Active, other characters lack development, but there is room for that in sequels. The plot is fairly predictable. The worst thing about the book is the very poor proofreading. The Kindle version has many words without spaces between them, mis-hyphenated words, and obvious punctuation errors. It seemed as if the final draft had been edited by a computer program which had more than a few glitches. I found the errors distracting enough that they took me out of the story while I sorted out what the author meant to say. I am not particularly easily annoyed, but if you are and such things really bother you, I would not recommend this book.
Read more
23 people found this helpful
Report abuse
See all reviews
Get FREE delivery with Amazon Prime
Prime members enjoy FREE Delivery and exclusive access to movies, TV shows, music, Kindle e-books, Twitch Prime, and more.
> Get Started
Back to top
Get to Know Us
Make Money with Us
Let Us Help You
And don't forget:
© 1996-2020, Amazon.com, Inc. or its affiliates