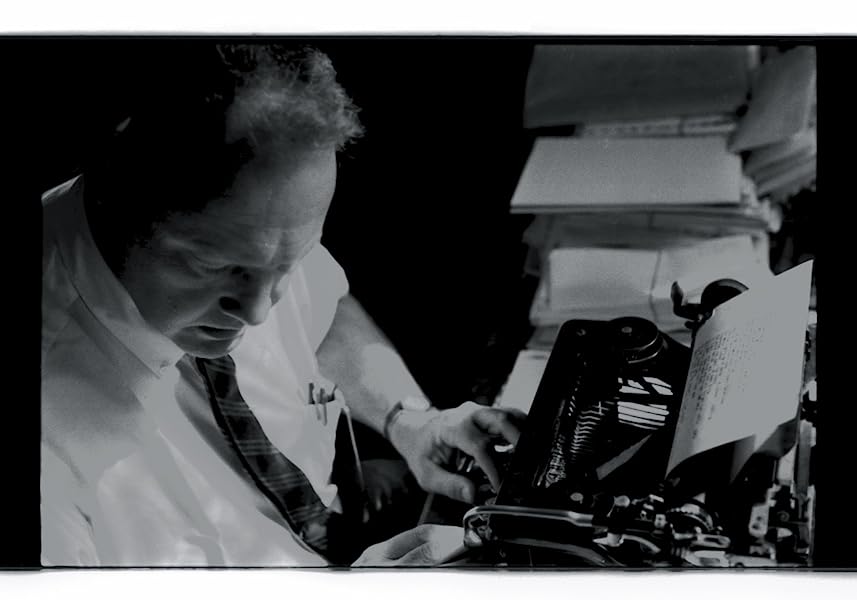 James Dickey, acclaimed author of Deliverance and numerous volumes of poetry, died in 1997.

Sir Charles Panther
5.0 out of 5 stars A Riveting Study in Character and Writing
Reviewed in the United States on 28 February 2001
Verified Purchase
This novel operates on myriad levels, and there is enough here to make you think for years. Multiple readings will only raise more questions, and/or cause you to rethink the conclusions you've previously thought solid. Merely for the fact that this is a book that makes one think and ponder and consider, it is a great book.
The basic story is that of a WWII bomber crewman shot down over Tokyo immediately prior to the great firebomb raids of Spring 1945. He is utterly alone on a hostile foreign island, likely listed as missing, presumed dead, with the book's opening pages promising a superior adventure as our protagonist struggles to stay alive and eventually repatriate. But, as the story matures and we gradually learn more about Muldrow, we see that repatriation has been only a fleeting inspiration. Mudrow has been freed, and he pushes north toward a place that is much more imagined than real.
As he struggles north Muldrow changes from serviceman to fugitive, from survivor to predator, from endangered hero to questionable protagonist to a perplexing and difficult-to-like principal character. To my reading, Muldrow is an unpredictable, dangerous psychotic, with only the regimen and discipline of societal interaction and military service having kept him in check during brief periods of his life. When in his element, out in the wilderness relying only upon himself, he is a nation unto himself, free to make any choice which suits his needs and his whims. We see it in the flashbacks to Alaska, and we see it in his maniacal odyssey to Hokkaido and the White Sea, and to a mental and physical place which of course does not exist.
In the end where does Muldrow go? This is as debatable as the nature of his character, the origins of his actions and thoughts, and his motivations. Dickey takes us from a strong, pulsing adventure narrative in the opening pages to a lyrical, poetic, almost mythical climax as Muldrow finally dies/transforms/transcends. It is a fascinating transformation for the character, for the narrative, and for the experience of the reader. I wholeheartedly recommend this riveting, expertly written book.
Read more
36 people found this helpful
Report abuse

Brian C. Quakenbush
3.0 out of 5 stars Nice read but unexpected
Reviewed in the United States on 15 April 2020
Verified Purchase
Ok, I do like Dickey’s writing but you need to read the book to understand the end result. Not what I expected or wanted. I read this after reading deliverance.
Read more
Report abuse

Beowulf
5.0 out of 5 stars What a novelist does best
Reviewed in the United States on 6 June 2019
Verified Purchase
Incredible novel. Read it twice. Disturbing and compelling.
Read more
Report abuse

Forest Barrett
5.0 out of 5 stars Read This Book!
Reviewed in the United States on 27 March 2014
Verified Purchase
I think that so many readers have robbed themselves of experiencing the true and subtle brilliance of James Dickey's writing by only paying attention to "Deliverance". This book was some of the best and most disturbing adventure writing that I have read in a long time. You will not love the the protagonist, but he will engage and challenge you on many levels. The only really bad writing is that which evokes no response. This is NOT bad writing. It just isn't always comfortable.
Read more
4 people found this helpful
Report abuse

Johnny Canal
5.0 out of 5 stars Fire and Ice
Reviewed in the United States on 6 February 2015
Verified Purchase
Chilling! Dickey lulls you into a dream state with long meditative passages on the majesty of nature at its most pristine and brutal so he can stick a thin blade into your gut. Vivid accounts of occurring violence aren't the most disturbing. Fleeting references to past atrocities are the ones that will haunt you for weeks after you've read the last page ...
Read more
2 people found this helpful
Report abuse
See all reviews
Back to top
Get to Know Us
Make Money with Us
Let Us Help You
And don't forget:
© 1996-2021, Amazon.com, Inc. or its affiliates