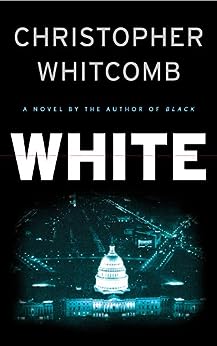 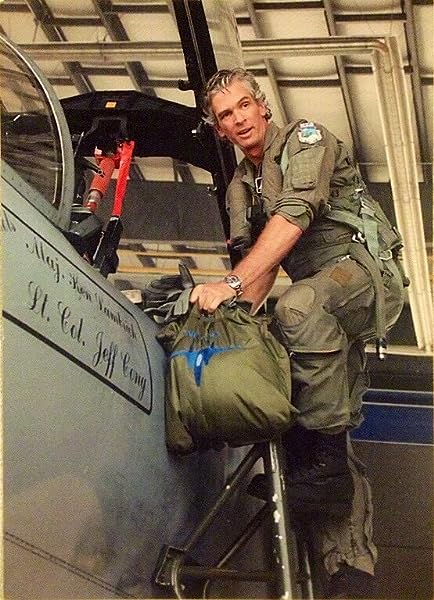 by Christopher Whitcomb (Author) Format: Kindle Edition
See all formats and editions
Sorry, there was a problem loading this page. Try again.
Islamic and Christian fundamentalists unleash a well-coordinated series of attacks all across the American heartland. Stolen radioactive material, a high-level spy, a mysterious break into top-secret data-encryption technology, twisting plots and spiraling conspiracies are all linked with fast-paced, cinematic crosscutting.

'A deeply moving tribute to the courage and suffering of all who took part, and to the fallen' THE TIMES 'A remarkable new book' MAIL ON SUNDAY --This text refers to an alternate kindle_edition edition.

Christopher Whitcomb is the author of Black and Cold Zero, a memoir of his 15-year tenure in the FBI, where he was most recently Director of Intelligence for the Critical Incident Response Group. A recipient of the FBI's Medal of Bravery for exceptional courage in the line of duty, he left the FBI in 2002. --This text refers to an alternate kindle_edition edition.
Read more

Christopher Whitcomb has worked extensively with foreign and domestic intelligence agencies in highly challenging environments, including Afghanistan, Kosovo, Israel, Somalia, Zambia and Timor-Leste. He has been awarded numerous citations and awards including the FBI's Medal of Bravery. Since leaving the FBI, Whitcomb has worked as on-air Global Security Advisor for NBC News, co-hosted Checkpoint CNBC with Martha McCallum (where he was nominated for a Peabody Award), and appeared on dozens of television and radio programs from Today, Meet the Press, and The Daily Show to Larry King Live, BBC programs and Imus in the Morning. He has spoken internationally to diverse organizations ranging from the British Parliament, the CIA and the United Nations to universities and Fortune 500 companies. Whitcomb is the best-selling author of three books, including Cold Zero: Inside the FBI Hostage Rescue Team (Little Brown, 2001), Black (Little Brown, 2004) and White (Little Brown, 2005). He has written for numerous publications including the New York Times and GQ magazine.

Pangloss
4.0 out of 5 stars Adequate sequel
Reviewed in the United States on 13 September 2005
Verified Purchase
This book is basically a follow up to Whitcomb's "Black". In "White" we are treated to the further adventures of the characters introduced in "Black". This is a good story but there are layers and layers of conspiracy that are sometimes so obscure they are distracting. This is pretty much a stand alone novel, but it does help if you have read the previous book. I enjoy a good suspense novel that keeps you guessing but this one went a little too far. Even at the end, I wasn't sure who the good guys and the bad guys were. There were also a couple of significant plot events that were not fully explained. I suspect there will be a third novel in this series that will provide more answers than questions. A good read, but wait for the paperback. Also, if at all possible, read "Black" first.
Read more
3 people found this helpful
Report abuse

TwoWheelsSunset
1.0 out of 5 stars Slow and then slower
Reviewed in the United States on 18 October 2007
Verified Purchase
With his autobiography "Cold Zero" Whitcomb showed that he knew how to write. With his fisrt novel "Black" he showed that he could write fiction. But after reading his second novel "White", I have to assume that he had a ghost writer on his first two projects and tried to write this one himself. "White" starts out fairly good. But it quickly devolves into convoluted and frankly unreadable cliches and twisted plots that never do connect themselves. One can only assume that he had a good idea for the first chapter and then had an aneurism which prevented him from logical thought for the rest of the book. Save your time and money. Everything in this book has already been done and re-done by Ludlum, Clancy and the TV show 24 -- and they all did it much better than Whitcomb.
Read more
One person found this helpful
Report abuse

Pat Mathieson
5.0 out of 5 stars White : A Novel
Reviewed in the United States on 14 October 2005
Verified Purchase
Well written, and keeps one in suspense through the entire book. Other than a slight attempt to make us believe that the main figure is totally ethical in all respects (no one really is), the book sails right along. Its a story which keeps you reading, and reading, and reading, until your eyes can't take any more. If you want down to earth, quality reading, with a most likely scenario, this one fits the bill exactly.

Now the big question is, when does this guy write a follow-up?

nino2140
5.0 out of 5 stars Five Stars
Reviewed in the United States on 31 May 2016
Verified Purchase
TtERRIFIC!!!
Read more
Report abuse

Marilyn Lee
5.0 out of 5 stars Chris Keep On Writing
Reviewed in the United States on 3 September 2005
Verified Purchase
I read his "biography" originally and had no idea he had written two other books - and I grabbed them up as soon as I found out. He is terrific. Cannot wait for book #4.....Thanks Chris - I do so enjoy your writing...
Read more
One person found this helpful
Report abuse
See all reviews
Back to top
Get to Know Us
Make Money with Us
Let Us Help You
And don't forget:
© 1996-2021, Amazon.com, Inc. or its affiliates