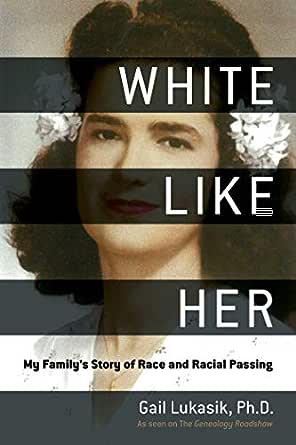 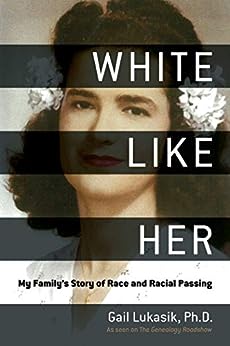 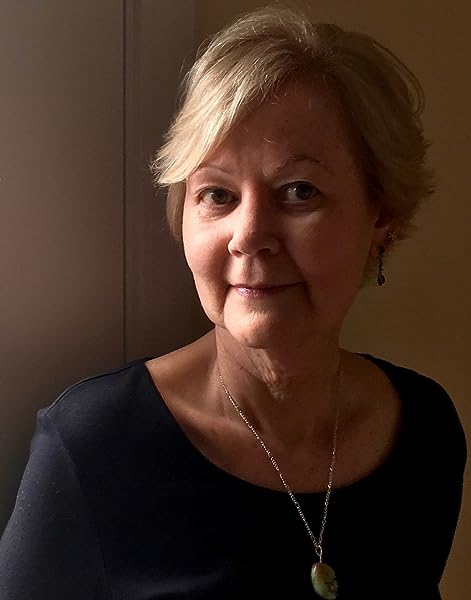 White Like Her: My Family's Story of Race and Racial Passing Kindle Edition

-- "Ronne Hartfield, author of Another Way Home: The Tangled Roots of Race in One Chicago Family"

Offers new insights into issues surrounding the complex history of racial passing in the United States.

Lukasik, bravely and eloquently, writes with a researcher's eye and a daughter's heart.

Important in helping us understand America's complex racial history...[and] adds to the ongoing conversation about race and racial identity in America because it looks at the ramifications of institutionalized racialism and racial passing through one family's story.

In White Like Her, Lukasik, with the persistence and canniness of the sleuths and the detective novelists she sometimes impersonates, explores how complicated race is in America.

Lukasik, with the persistence and canniness of the sleuths as the detective novelist she sometimes impersonates, explores how complicated race is in America.

-- "Randy Fertel, author of The Gorilla Man" --This text refers to the audioCD edition.

Gail Lukasik, PhD, was born in Cleveland, Ohio, and was a ballerina with the Cleveland Civic Ballet Company. She has worked as a choreographer, freelance writer, editor, and college lecturer. Recently, Gail appeared on PBS Genealogy Roadshow (St. Louis Central Public Library). She is also the author of several mystery novels featuring the character Leigh Girard.

Kenyatta D. Berry is a genealogist, businesswoman, and lawyer with more than fifteen years experience in genealogical research and writing. She is a host of the PBS broadcast Genealogy Roadshow and is the past president of the Association of Professional Genealogists and on the council of the Corporation for the New England Historic Genealogical Society in Boston. A frequent lecturer and writer, her area of focus is African American and slave ancestral research.

Bernadette Dunne is the winner of more than a dozen AudioFile Earphones Awards and has twice been nominated for the prestigious Audie Award. She studied at the Royal National Theatre in London and the Studio Theater in Washington, DC, and has appeared at the Kennedy Center and off Broadway.

4.5 out of 5 stars
4.5 out of 5
548 global ratings
How are ratings calculated?
To calculate the overall star rating and percentage breakdown by star, we don’t use a simple average. Instead, our system considers things like how recent a review is and if the reviewer bought the item on Amazon. It also analyses reviews to verify trustworthiness.

Dr Denise A Nisbet
5.0 out of 5 stars Just fascinating
Reviewed in Australia on 31 July 2020
Verified Purchase
During my years in the USA I became aware of the hidden racism still inherent in the psyche. As an outsider it was evident that being black was still fraught with difficulties that were difficult to actually see and define. I found this book both fascinating and confirming, even many years after my own experiences and recommend it to anyone interested in the issues of racism in the USA. DR Denise A Wallis
Read more
Helpful
Comment Report abuse

donna
4.0 out of 5 stars Fascinating account of.author’s determiination
Reviewed in Australia on 13 January 2019
Verified Purchase
A great read for anyone who Is interested in genealogy. I love how the story also educates the reader about social history behind the author’s. genealogical journey.
Read more
Helpful
Comment Report abuse

april jones
5.0 out of 5 stars For all those in the USA who fantasise that they are ‘white’
Reviewed in Australia on 10 July 2019
Verified Purchase
I loved the humanity and warmth
Read more
Helpful
Comment Report abuse
See all reviews

Kindle Customer Evelyn
5.0 out of 5 stars Fascinating
Reviewed in the United Kingdom on 24 February 2018
Verified Purchase
I loved this book. I am a mixed race British woman but I didn't know about passing and Jim crow laws. Everyone ought to read this if they're interested in history and racism.
Read more
11 people found this helpful
Report abuse

Stevie
5.0 out of 5 stars The true meaning and implications of ' passing'
Reviewed in the United Kingdom on 23 September 2018
Verified Purchase
Fantastic book, great for anyone wanting to learn about the complexity of how and some mixed race children had to face in the past. Especially if they were fairer skinned.
Read more
7 people found this helpful
Report abuse

angela jacobs
5.0 out of 5 stars A Daughter's search for her Mother's Origins
Reviewed in the United Kingdom on 9 October 2018
Verified Purchase
I think this book was very well written. The research showed fantastic attention to detail and must have taken years.
This showed the author's determination to find out about her mother's ancestry.
Read more
4 people found this helpful
Report abuse

Miss Lesley Carol Saunders
5.0 out of 5 stars insightful!!
Reviewed in the United Kingdom on 9 July 2020
Verified Purchase
Great look and examination of Race, and its complexities. Living with secrets, and the cost and hardships of hiding in plain sight-in order to have the life that you want!
Read more
2 people found this helpful
Report abuse

Sarah
2.0 out of 5 stars Meh.
Reviewed in Canada on 3 October 2018
Verified Purchase
I enjoyed the first third of the book as it was on personal discovery and autobiographical. The rest was long accounts of ancestors, war and family changes that i found drawn out and boring. I skimmed quite a bit in the second half of the book.
Read more
2 people found this helpful
Report abuse
See all reviews
Get FREE delivery with Amazon Prime
Prime members enjoy FREE Delivery and exclusive access to movies, TV shows, music, Kindle e-books, Twitch Prime, and more.
> Get Started
Back to top
Get to Know Us
Make Money with Us
Let Us Help You
And don't forget:
© 1996-2020, Amazon.com, Inc. or its affiliates