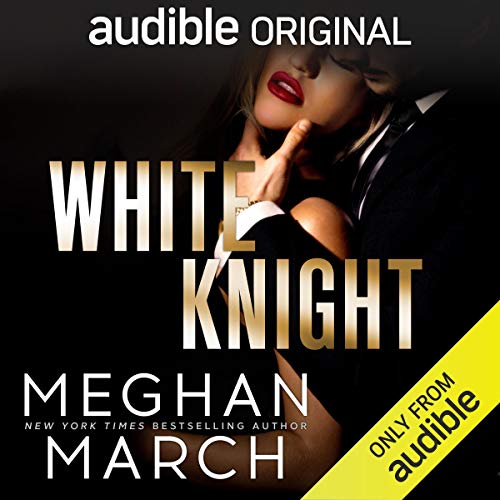 4.8 out of 5 stars
4.8 out of 5
480 global ratings
How are ratings calculated?
To calculate the overall star rating and percentage breakdown by star, we don’t use a simple average. Instead, our system considers things like how recent a review is and if the reviewer bought the item on Amazon. It also analyses reviews to verify trustworthiness.

Jaime
5.0 out of 5 stars Explosive
Reviewed in Australia on 1 October 2019
Verified Purchase
OMG!!! I cannot even find the words to express how much I loved this book. Literally speechless!!!!! The chemistry between Cannon and Drew is explosive, this story had my heart in a vice from the first page of Black Sheep to the last page of White Knight. The suspense, the twists and turns I never even saw them coming, so so happy with the ending of this book it could not have been written any better . . . . simply Perfect.

Alannah Clark
TOP 500 REVIEWER
5.0 out of 5 stars Amazing
Reviewed in Australia on 2 October 2019
Verified Purchase
Omg I thought I loved Creighton the most but nope Cannon has beaten him as my Fave. This book was amazing I couldn't put I down. Cannon and Drew/Memphis wow there connection from the start was hot loved it. And the way he was protective of her straight away and having to fight his dad for her made it even better. Meghan has killed it once again. Can't wait for her next book.
Read more
Helpful
Report abuse

Amazon Customer
5.0 out of 5 stars Cannon and Memphis
Reviewed in Australia on 11 October 2019
Verified Purchase
Omg,omg,omg, Meghan has done it again, this book is a true love story. It has you on your seat at times and then your crying with the characters.
I love that Meghan interacts her characters from her other books so it becomes one big story.
Cant wait for her next one 🔥🔥🔥
Read more
Helpful
Report abuse

Denise B
TOP 50 REVIEWER
5.0 out of 5 stars Fabulous Duet
Reviewed in Australia on 10 October 2019
Verified Purchase
This was a really fabulous story of Drew (aka Memphis) and Cannon. Drew is undercover in Cannon’s club, one of the mobs legal businesses, looking to find out who killed her father. Book 2 is about the war between a rival mob the Rosetta’s and Memphis and Cannon are caught up in the middle of it. Great stuff!
Read more
Helpful
Report abuse

Petrina Brooks
3.0 out of 5 stars Just write a novel
Reviewed in Australia on 5 October 2019
Verified Purchase
I’m always disappointed when authors make a book into a duet or trilogy......just make one book, it frustrates me so much. By the time the 2nd or 3rd book come out I’ve forgotten the storyline and have to start again. I’m unsure if it’s greed or the thrill of keeping readers in suspense but, for this reader it’s just plain annoying.
Read more
Helpful
Report abuse

Blinky
5.0 out of 5 stars Loved it
Reviewed in Australia on 12 October 2019
Verified Purchase
I don't read books if there in a serie etc. So I waited for this duet and I have to say I loved it and read them both over 3 days and still made it too work. Can't wait for the next trilogy hope u can write fast Meghan March xoxo
Read more
Helpful
Report abuse

Shellie76
5.0 out of 5 stars You've done it again Meghan
Reviewed in Australia on 4 October 2019
Verified Purchase
Loooooved this book. It made me laugh, it made me cry, it made me fall in love with a mob boss' bastard son. I would recommend this book ANYONE
Read more
Helpful
Report abuse

Rlf
5.0 out of 5 stars Amazing
Reviewed in Australia on 2 October 2019
Verified Purchase
All your favourite Meagan March characters come together. Couldn’t put it down. I want more. I want the story to never end.
Read more
Helpful
Report abuse
See all reviews

MrsWS
4.0 out of 5 stars Tale of two halves
Reviewed in the United Kingdom on 1 October 2019
Verified Purchase
I wasn't enamoured of the first book but this was so much better and an enjoyable read.

MM writes great heroes and it was good to get more of Cannon's POV in this half: maybe that's why it was better than part 1? He isn't your usual sexy non-MM hero who only thinks about sex; this guy has real problems, real choices to make, is smart enough to find solutions aside from Hulk-smashing his way through things, and still has a sweet side. Nice job, MM.

Also in this half the story picked up and I didn't feel like I was still waiting. Hurrah! However -without wanting to spoil anything - something happened out of nowhere toward the end and consequently I didn't really care about it, it felt like it was just thrown into the mix because it's standard mafia story trope (expect better from MM really). It had no real impact on the plot, or their feelings for each other, or anything that happened next. Even the characters didn't really seem to care about it so not sure why it was in there. (As an aside, Memphis must never ever have heard a word of Italian before for it to mean anything when the story conveniently points out that she somehow understood some at that moment. Too ridiculous, sorry.)

And that leads me on to Drew/Memphis. The story seemed to happen around her and she did very little again, except serve as Cannon's inspiration to be a better man. Her supposed investigative skills once again did not come to the fore and it was the men around her who literally gave her answers or came up with solutions. And the master of disguise thing was so stupid as literally everyone seemed to recognise her at every point. She was better in this half but, tbh, that's not saying much.

But, overall, the book got better. There was a surprise in there which I didn't see coming (again, nice job) and I was satisfied by the end, although I might have liked to see that "talk" between Cannon and Creighton as it was such a long-awaited moment.

Cannon was by far the best part of this duet: MM really does do well with her male characters. However at £10 for the full duet, I need the whole package and I don't think I got it here. The good news is, when MM is on form I know she can provide it.
Read more
One person found this helpful
Report abuse

Lisa Pain
3.0 out of 5 stars Black sheep/white knight
Reviewed in the United Kingdom on 9 October 2019
Verified Purchase
I normally give Meghan's books 5 stars but can't do that for either black sheep or white knight. Im thoroughly disappointed. There's no capital A Alpha in these books to which I have come accustomed to. There was definitely a lack of heat in this book too. I certainly do not think this story is one of her best no doubt there will be more spin offs (legend) of cousins of cousins and half brothers to rake in the dollars. I hope you put back in your future books what's missing from these. Sorry I really didn't get at all gripped by this story and had to push myself to keep reading to the end. Expected a lot more with this duet the way it was promised alas I feel robbed! :(
Read more
3 people found this helpful
Report abuse

Marian Chawner
5.0 out of 5 stars Mobsters really can be worth forgiving
Reviewed in the United Kingdom on 5 October 2019
Verified Purchase
Oh boy this is some thriller. We start where the cliffhanger finished. Twists, trust, romance and betrayal abound enhancing this fabulous series. Cannon is such a delectable Alpha Male. Wants so much, needs so much to have friends , family and a partner to complete his life. Memphis is fooling no one but herself, however she is one stubborn lady, who also is looking for answers and the truth. Again this novel is well written it is difficult to read without a huge grin on your face one minute and a box of tissues the next. Meghan has such a wonderful way with diction and has such a colourful imagination. Thoroughly enjoyable and mesmerising. 5star plus.
Read more
Report abuse

Vivien
5.0 out of 5 stars Saves the queen!
Reviewed in the United Kingdom on 12 October 2019
Verified Purchase
I have absolutely no words for just how much this book pulled me in! Cannon will do anything to protect Free and she in turn will do the same for Cannon. Admitting her true identity as Memphis Lockwood just how the stakes for Cannon. Secrets come out that could cause wars but together they are invincible. Cannon Freeman might just be the alpha male that tops all of Meghan's other characters and this book with its twists is a humdinger of a read that keeps you guessing until the last word!
Read more
One person found this helpful
Report abuse

Deborah Monaghan
5.0 out of 5 stars Worth the wait.
Reviewed in the United Kingdom on 16 October 2019
Verified Purchase
I have waited a long time for Cannon and he didn’t disappoint. I love that Meghan makes her hero’s Alpha but always with a little twist. Cannon had vulnerabilities and I loved that she showed us this without him losing any of his sexy dominant did I say sexy🔥
So once again Meghan knocked others out of the park.
Love love this duet so much.
Meghan March is always a 1 click for me. So recommended.
Read more
Report abuse
See all reviews
Back to top
Get to Know Us
Make Money with Us
Let Us Help You
And don't forget:
© 1996-2021, Amazon.com, Inc. or its affiliates