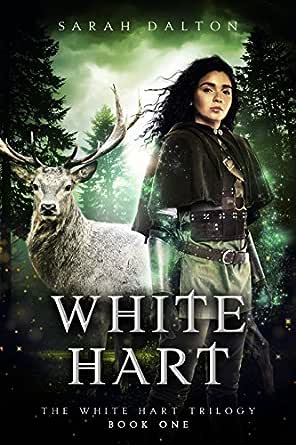 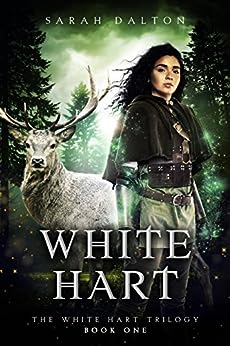 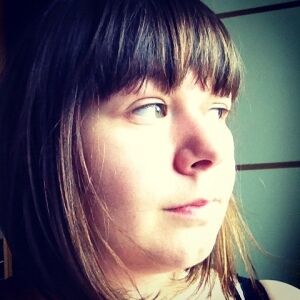 Sarah grew up in the middle of nowhere in the countryside of Derbyshire and as a result has an over-active imagination. She has been an avid reader for most of her life, taking inspiration from the stories she read as a child, and the novels she devoured as an adult. Sarah mainly writes speculative fiction for a Young Adult audience and has had pieces of short fiction published in the Medulla Literary Review, Apex Magazine, PANK magazine and the British Fantasy Society publication Dark Horizons. Her short story 'Vampires Wear Chanel' is featured in the Wyvern Publication Fangtales available from Amazon. Keep in touch for more information! www.sarahdaltonbooks.com Facebook @sarahdalton --This text refers to the paperback edition.

4.2 out of 5 stars
4.2 out of 5
274 global ratings
How are ratings calculated?
To calculate the overall star rating and percentage breakdown by star, we don’t use a simple average. Instead, our system considers things like how recent a review is and if the reviewer bought the item on Amazon. It also analyses reviews to verify trustworthiness.

Julie Gamble
4.0 out of 5 stars Enjoyable
Reviewed in Australia on 1 March 2018
Verified Purchase
I became totally enthralled with the adventue of whitheart as she learns what it is to be craftborn. A beautiful and magical story
Read more
Helpful
Report abuse

KERRI
5.0 out of 5 stars Five Stars
Reviewed in Australia on 29 April 2016
Verified Purchase
excellent. Now have to get the next in series!
Read more
One person found this helpful
Helpful
Report abuse

Marie
5.0 out of 5 stars A nice read
Reviewed in Australia on 11 July 2014
Verified Purchase
I really enjoyed this book. I enjoyed the story and the characters in it, and found it hard to put down. Eagerly waiting for the next book in the series.
Read more
One person found this helpful
Helpful
Report abuse

reader2010
5.0 out of 5 stars great read
Reviewed in Australia on 3 December 2015
I love unconventional heroines. Girls with grit under their fingernails and a brain. I loved this one enough to stay up way too late last night reading. I picked up this book as a part of an anthology. Can't wait to read the rest of what's in the set. The first one was great.
Read more
One person found this helpful
Helpful
Report abuse
See all reviews

A-Canadian-in-Singapore
3.0 out of 5 stars Never lives up to its potential
Reviewed in the United Kingdom on 10 April 2019
Verified Purchase
This has some promise, but there are several flaws that can be rather annoying.

The characters are often poorly developed. The heroine spends most of the book as bitter, self-absorbed and self-pitying, then a couple of chapters before the end suddenly decides (out of nowhere) that she has to save the world. Where did that come from? This sort of thing kept happening in the book - a character has a dramatic change in outlook (without adequate set-up), but often by the next chapter they've reverted back to their usual pattern of thought and behaviour, like the author hit the reset button. To be brutally honest, it's lazy writing masquerading as character development.

Meanwhile her use of her power is inconsistent to say the least - 90% of the dangers she gets in could easily be solved if she just used her powers, but it rarely occurs to her to do so (and when she does, she normally waits until half-dead to do it, letting other characters get badly hurt before she acts), so she comes across as a useless idiot most of the time. And we're supposed to think she's a hero?

This isn't a terrible book - the story line is interesting, and I finished it (although I'm disappointed to say that the book ends on a cliffhanger). But overall the flaws result in a rather unsatisfying reading experience, and it had the potential to be so much more.

Lindsey
3.0 out of 5 stars Has Potential
Reviewed in the United Kingdom on 4 April 2018
Verified Purchase
Despite being my usual genre, White Hart was a disappointment.

It’s a YA fantasy about a young girl with hidden powers. It’s a coming of age story as Mae learns about who she is, finds love and friendship in unexpected places and has to grow up if she is to survive.

Mae misses her potential, especially as a main character. She is powerful: her magic connects to nature and is entwined with the fate of the kingdom. But she seems to conveniently remember about her power at odd times: she doesn’t use it when you feel like she could, then she goes to extreme.

She is scornful of Cas – with good reason at the beginning. But her feelings mellow and it doesn’t take long before she starts to care for him. Halfway through the book, however, she reverts back into thinking he is useless and not her problem, before going through the whole process again. It was as if the author needed a quick reset to stop these emotions from going too far. Mae can be harsh to Cas, and to others, despite having no reason to be so. It undermined her character and I felt she was shallow for most of the book.

Mae rides a white stag. This is never explored properly and what the significance might mean. He doesn’t appear to have any special traits about from bearing Mae.

Cas is likeable – I much preferred his character. He, at least, seems consistent. He also, however, is head over heels in love with his future bride; that he met the same day she was kidnapped. He is due to marry her because he believes she has Mae’s gift and this deception is kept up throughout the book.

Mae’s gift has been kept a secret throughout her life. She lives apart from the village and we are led to believe the villagers treat her like an outsider. The interactions we do witness, however, does not enforce this idea and I was left feeling at odds about her relationship with them: telling and showing were two separate stories here.

It makes sense why she wants to keep her powers a secret from Cas. But when she does reveal all, he laughs at her. Rather than proving him wrong and getting them out of their current mess, Mae withdraws, becomes afraid and ashamed, and goes back to it being a big secret.

I don’t get it: she told him. Why are we then pretending this conversation never took place? Again, it feels like a quick reset in order to allow the plot to continue at its previous pace.

The pacing felt quite slow, only for there to be a final twist at the end that makes no sense unless you continue to read the second book. Despite being intrigued by the ending, I found the character development and pacing problematic and can’t bring myself to read the second.

I wanted to like this, but it just had some problems for me.
Read more
One person found this helpful
Report abuse

peaches
4.0 out of 5 stars Promising start but doesn't fully deliver on the magic!
Reviewed in the United Kingdom on 11 February 2016
Verified Purchase
This 1st book of the series starts quite well and gives the promise of magic and fantasy. And while it does give some, the female lead seems unable to do much more than get into trouble and the book then slides down to a love story. That's not to say it isn't a good read because it is; I wouldn't have given it 4 stars otherwise. But I wanted more magic. The 2nd book in the series has to be purchased (I got the 1st book free through Amazon Unlimited) and that annoys me. If the author is going to offer a book through Kindle Unlimited, then they should continue to offer the rest of the series.
So, if I want to read the rest, it means buying the books. Not sure if I think the story is worth it. Book 2 looks to be promising but I've been disappointed before, so will have to consider whether paying 2 lots of £3.49 (I think that is the price per book) will be justified. But as there are so many other fantastic magic & fantasy books through Kindle Unlimited, I might just give these other 2 books a miss.
Read more
One person found this helpful
Report abuse

Kindle Customer
3.0 out of 5 stars Magic & adventure
Reviewed in the United Kingdom on 31 December 2016
Verified Purchase
This is a magical adventure tale for young adults, told from the point of view of a 15 year old who is full of magic, but doesn't know how to use it. I do not usually read YA books, but love fantasy, and as it was free, thought I would give it a go. Whilst the inner mind of the teenage child was quite annoying at times, the story itself was very engaging and full of danger & adventure. I think anyone who enjoys YA fantasy will like this book. Be aware however, it finishes on a big cliffhanger and you will HAVE to buy the next book, which fortunately is quite cheap, so I'm off to one-click - AGAIN !!
Read more
Report abuse

Herbie
4.0 out of 5 stars Good
Reviewed in the United Kingdom on 27 September 2016
Verified Purchase
This book is suitable for all ages. They are children on an adventure so its written in a childlike way.. however the adventures through the woods are interesting and keep you reading. Its so sad that the prince is in love with the wrong girl.... so for the Mia its rather a sad ending for her. I was really emotional for her but her decision was the right one, as who wants someone in love with another and to be second choice. Devastating for her .... especially when he left her behind.... excellent read for all ages
Read more
Report abuse
See all reviews
Back to top
Get to Know Us
Make Money with Us
Let Us Help You
And don't forget:
© 1996-2021, Amazon.com, Inc. or its affiliates