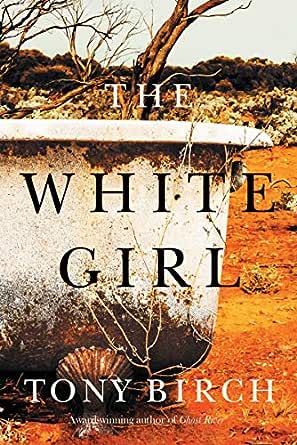 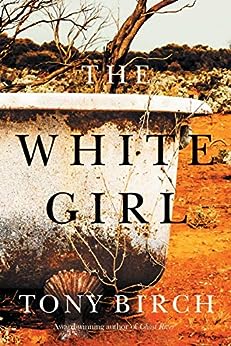 Now in B format, the superb novel from leading Indigenous storyteller Tony Birch exploring the lengths we will go to in order to save the people we love.

Tony Birch is the author of three novels- the bestselling The White Girl; Ghost River, which won the Victorian Premier's Literary Award for Indigenous Writing; and Blood, which was shortlisted for the Miles Franklin Award. He is also the author of Shadowboxing and three short story collections, Father's Day, The Promise and Common People. In 2017 he was awarded the Patrick White Literary Award. Tony is a frequent contributor to ABC local and national radio, a regular guest at writers' festivals, and a climate justice campaigner. He lives in Melbourne.

Christy Ditchburn
5.0 out of 5 stars Everyone should read this
Reviewed in Australia on 31 July 2019
Format: Kindle EditionVerified Purchase
Beautiful story of Odette and Sissy Brwon and the love the have for each other. Set against the backdrop of the horrendous treatment of Indigenous people in Australia at the time it was uncomfortable and distressing to read at times. It is almost unfathomable for me that anyone was treated this way in Australia and it shows just how ignorant I have been. I am grateful to the author for describing life in such detail so that I can understand more. I loved the characters and I felt I really got to know them . I loved the almost plain style of writing - but I mean that in a good way - that gets to the point. I love the hope that infuses this story.
Read more
Helpful
Comment Report abuse

Suzanne J
TOP 1000 REVIEWER
3.0 out of 5 stars An interesting and readable tale
Reviewed in Australia on 1 July 2019
Format: Kindle EditionVerified Purchase
This was an interesting story told with heart. But for me the writing style lacked the depth I enjoy and the story seemed, too obviously, to be a vehicle to highlight the historical injustices. That said, l am glad I read it.
Read more
Helpful
Comment Report abuse

Sallie Hand
3.0 out of 5 stars Sad truths.
Reviewed in Australia on 27 February 2020
Format: Kindle EditionVerified Purchase
This is fictitious, but was so all too often factual when it come to the arrogant appalling treatment of aboriginal people. As a read, I found it not particularly well written, but still applaud the author for taking on the subject matter.
Read more
Helpful
Comment Report abuse

Sergiu Pobereznic (author)
TOP 1000 REVIEWER
4.0 out of 5 stars A good read
Reviewed in Australia on 31 January 2020
Format: Kindle Edition
The novel is set during the Menzies era in a fictional Australian town that felt as real as any setting that I have encountered in written form. The descriptive aspect is easy to read and not forced.
The Menzies era means that Aboriginal people were not viewed as citizens and were required to apply for travel permits to just leave their local area or town that they lived in – usually on the outskirts. Also, Aboriginal children below the age of 16 were considered to be under the legal guardianship of the state. The Guardians could easily remove lighter-skinned children with force, and they did, as has been told in countless stories about the Stolen Generation.
The story itself is quite simple but well told. An old Aboriginal woman (grandmother) is doing her best to keep the chief protector/guardian of the town (an exceptionally mean individual) from taking her granddaughter after her own daughter ran away from the town many years previously without permission – a daughter she hasn’t heard from since. The story is inherently about challenging the status quo, which is what eventually leads towards changing the rules that were in place. And it is also about love and courage. There are lots of other interesting characters and stories that run parallel and keep things interesting.
The writing is straightforward and to the point, but the story shows several entanglements and secrets along the way that are revealed delicately and with great pace.
It was a good read, but for such a strong subject it did feel a little light. Not a complaint, just an observation.
4 out of 5 Stars

Jennifer Cameron-Smith
TOP 10 REVIEWER
4.0 out of 5 stars ‘Odette Brown rose with the sun, as she did each morning.’
Reviewed in Australia on 27 October 2019
Format: Kindle Edition
Odette Brown’s daughter Lila disappeared years ago, and she lives with her granddaughter Sissy (Cecily) on the Aboriginal fringe of Deane, a small (fictional) country town. This is Australia in the 1960s, before the 1967 referendum, when Indigenous locals are controlled and ‘protected’ by the Act and when fair-skinned Indigenous children are frequently removed from their families. Odette has managed to avoid this, but the arrival of a new policeman in town changes everything.

‘It is my duty to uplift children such as Cecily and I will not fail her.’

Odette and Sissy are treated well by some white people such as Henry Lamb (the local second-hand dealer) and ignored by Bill Shea (the alcoholic policeman who is about to be replaced) but Odette must be constantly vigilant.

Until the new policeman arrives, Odette and Sissy get by. Odette, once a domestic, is now a self-employed artist. She sells her greeting cards to a retailer in the nearest town, but:

‘Without citizenship, Odette could not open an independent bank account.’

Without permission, Odette is not allowed to leave town. And she’s unlikely to get permission from the new policeman. Unfortunately, Odette is not Sissy’s guardian, neither is her missing mother. In pre-1967 referendum Australia, Sissy is automatically a ward of the state.

Can Odette protect Sissy? Sissy has a pale skin, courtesy of a white father and is at risk of being taken. Odette teaches Sissy to respect the ways of the old people and of the country. She reminds Cissy about connections:

‘You need to know all of these people,’ she said, ‘and you must remember them.’

What will Odette and Cissy need to do in order to stay together? What follows is courageous; a tribute to the Indigenous women who’ve been able to hold families together despite the odds and in the face of official obstruction.

In fewer than 300 pages, Mr Birch managed to grab and hold my attention. His fictional characters and their struggles are an uncomfortable reminder of a past that is far from over for many. It’s a moving and powerful story, one which I’d like to believe is consigned to history but know is not. Yet.

AWB
5.0 out of 5 stars Wonderful insights into Aboriginal treatment by whites
Reviewed in the United States on 26 August 2019
Format: Kindle EditionVerified Purchase
Great read! The relationships between characters and historically backdrop is really worth the read. It is a story that should be more widely understood.
Read more
Helpful
Sending feedback...
Thank you for your feedback.
Sorry, we failed to record your vote. Please try again
Report abuse

Bober
3.0 out of 5 stars Aboriginal author and themes
Reviewed in the United States on 8 January 2020
Format: Kindle EditionVerified Purchase
The issues raised in the book are important but rather predictable. The writing style was rather flat and third person and not engaging. I would recommend this book perhaps to a young person probably early teenage who has had only limited exposure to the maters raised and who may benefit from reading about aboriginal life and mistreatment and hopefully discussing it with friends.
Read more
Helpful
Sending feedback...
Thank you for your feedback.
Sorry, we failed to record your vote. Please try again
Report abuse

Indy from WDC
5.0 out of 5 stars Racism is far reaching.
Reviewed in the United States on 5 July 2019
Format: Kindle EditionVerified Purchase
I liked the strength and courage of the Abo people. I did not like the restrictive and discriminatory ways of the Australian government which treated the Aboriginies like animals on chains.
Read more
Helpful
Sending feedback...
Thank you for your feedback.
Sorry, we failed to record your vote. Please try again
Report abuse

ns
5.0 out of 5 stars The love a grandma has for her grandchild is never ending!
Reviewed in the United States on 4 July 2019
Format: Kindle EditionVerified Purchase
I really loved this book, I wish it was longer!
Read more
Helpful
Sending feedback...
Thank you for your feedback.
Sorry, we failed to record your vote. Please try again
Report abuse