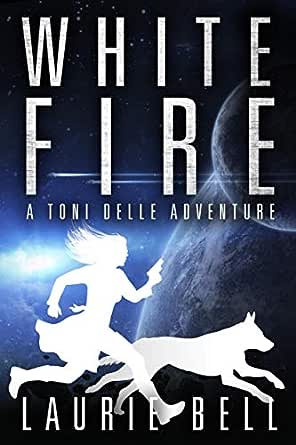 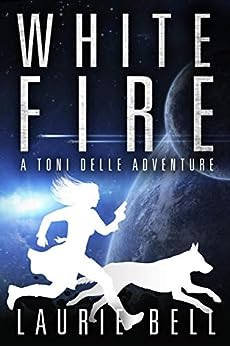 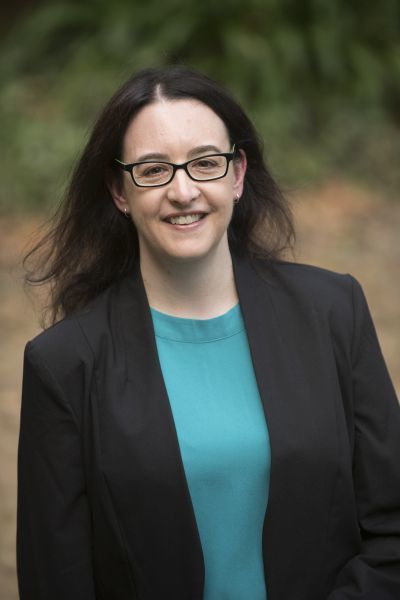 Laurie lives in Victoria, Australia with her partner and two cats (who have a mansion outside). As a Sci-Fi aficionado, she maintains an active blog of science fiction, fantasy, and flash fiction pieces (found at www.solothefirst.wordpress.com), and serves as a regular volunteer at her local theatre company. (Including several stints as Assistant Director). She has several short stories published in the Antipodean SF E-Magazine. www.antisf.com and many new books on the go. --This text refers to the paperback edition.

Ray B
5.0 out of 5 stars White Fire
Reviewed in Australia on 9 February 2019
Verified Purchase
I loved this novel, a great adventure and a courageous hero, Tonyi Delle, with her robot dog and switched on artificial intellence in her ship. She battles the bad guys, and saves the day, despite the dangers she faced throughout the galaxy. It is well worth the money and I look forward to reading Toni Delle's next adventure.
Read more

Mike Meszaros
4.0 out of 5 stars Fast paced action.
Reviewed in Australia on 24 January 2019
Took this away as my holiday book. After a few days finally sat down to read and boy did I wish I had read earlier over the long journey…how the hours would have whizzed by. As it was I had to tell the family I was having me time and needed to be left alone… I could not put the book down.
The main character, Toni was flawed which made her real. She made me laugh and shake my head in equal measure. How I would love to sit down with her and provide some wise old wisdom on people…in some ways she has much to learn! The team of three had delightful foibles but through grit, determination and shear luck manage to navigate through at high speed albeit with many scars along the way. I can’t think what to say about the other main character Dan without giving things away.
I really hope the next book reveals more of the ‘back stories’. Can’t wait for it to arrive. This is really a holiday book where you have the space to read it from cover to cover. It is fast paced with detail that can be easily be missed if you had to keep stop starting. Having said that it is also easy reading once you get through the first few pages and relax into the pace…it would have to be easy reading because you want to devour it.
And well done to the author for casting a women in the lead role and doing it well without writing in any underlying feminist agenda. Makes it more powerful as a result.
Read more
Helpful
Comment Report abuse

Cath T
4.0 out of 5 stars Great rollicking space adventure with a strong female lead
Reviewed in Australia on 7 January 2019
This book is super fun and hard to put down. The main character is likeable but unusual. She definitely has her faults and flaws, but navigates a path to success by relying on her integrity, rather than particular skill or heroics. This makes for an interesting role model, for which success is based on how we act to ourselves and others and not on some super powers. All of this is set in a backdrop of complex inter-planetary struggles, and a cast of fun characters. There's a couple of twists and turns to keep it interesting. If you're into space adventures then this is for you, and it's accessible from 12 years on to adults.
Read more
Helpful
Comment Report abuse

Justine Hardman
5.0 out of 5 stars Friendship and bravery seem to be the most important things
Reviewed in Australia on 2 April 2019
Action packed with interesting characters. I’m not usually a sci-fi fan, but the humour, dialogue and mystery grabbed me and I found this hard to put down. Toni is strong, quirky and certainly flawed protagonist, and Bell hints at an interesting backstory which I hope will come to light in the next instalments.
Read more
Helpful
Comment Report abuse

Veronica Strachan
TOP 1000 REVIEWER
5.0 out of 5 stars An action packed scifi adventure
Reviewed in Australia on 9 September 2020
Verified Purchase
Danger, betrayal, secrets, lies? Absolutely! Add to this sharp scifi a snarky ship AI and a canine robot partner for a quirky agent with see-through skin and a whole head full of hangups. Now you have a great recipe for a fun and fast-paced read. The cast is small so we get to follow them closely through the action, twists, and dangers as they race to save the galaxy. The world-building is thorough and slick, giving the cast a wonderful backdrop for the action-packed plot.
And there's enough left hanging about some key relationships that I'll be looking out for the next Toni Delle Adventure.
A great read.
Read more
Helpful
Comment Report abuse
See all reviews

Iain Kelly
5.0 out of 5 stars An enjoyable, fast-paced read for sci-fi fans and those who just like a good action-adventure story.
Reviewed in the United Kingdom on 24 June 2020
Verified Purchase
I approached this book with some trepidation, not being a regular reader of full-on sci-fi, but my fears were completely unfounded. Like all good sci-fi, the secret is to make character and situations that we can relate to, no matter where or when or who is involved and that is exactly what 'White Fire' does. The main character Toni has the same emotions, worries and issues that we all recognise - it just so happens she is also an intergalactic agent! She even has a robotic dog as a partner that allows for some typically human-pet dog bonding!
The book is a fast-paced adventure which takes inspiration from everything from Star Wars (smugglers, political intrigue) to Star Trek (agents of a space force trying to maintain intergalactic peace, tensions along the borders of space) and throws in a smatterings of romance and humour.
The world (or, universe) created feels very real and well thought out - I am in admiration of the imagination involved in dreaming up the different worlds and societies that are encountered.
The main plus though is the sense of great fun and adventure that runs through the book from start to finish.
Read more
Report abuse

Ms_Jade_Li
5.0 out of 5 stars Entertaining High Tech Sci-Fi Interplanetary Adventure
Reviewed in the United States on 10 May 2020
Verified Purchase
What's not to like about Special Secret Agent Toni Delle, who has see-through skin, heightened senses, courage and grit seasoned with experience; AND who has her own C-bot (Canine Robot, Mate) and a Computer Intelligence Interface (CII) named Zach, who has a knack for initiative and a sassy cuteness that's hard to resist. She's also an electronics expert who loves using and tweaking high-tech gadgets.

Agent Delle's interplanetary travels on her trusty lightship Blackflame, while she's outsmarting slick smugglers and getting into multiple hand-to-hand combats and other dangerous situations, keeps things interesting throughout, “White Fire.”

Amongst the dangerous missions, there are sexy, intelligent females and chiseled, intelligent men, all doing their things, legal and illegal. The dialogue is sharp, the descriptions vivid, and Agent Delle's running stream-of-consciousness sparkles.

I hope that “White Fire” is just the first of many books chronicling the sci-fi adventures of Agent Toni Delle.
Read more
Report abuse

Carolyn Vaughan
5.0 out of 5 stars A compelling main character in a fast-paced, exhilarating race through space
Reviewed in the United States on 7 March 2019
Verified Purchase
Toni Delle is a force to be reckoned with. An agent of a specialized space investigative force, she’s a master of circuitry, weaponry, spaceflight, robotics, and even high-tech first aid. What she can’t master, though, are her feelings for Dan, the smuggler she is supposed to arrest but can’t quite manage to cuff.

White Fire is an exhilarating race through space—through planets with dive bars and exotic casinos and desert depots—as Toni tries to intercept mega-weapons, intergalactic poisons, and political assassinations. Luckily, she has help from the AI that controls her spaceship and especially from her Lassie-like companion, a talking canine robot named Mate.

Laurie Bell’s imagination is seemingly as limitless as space itself. Each planet has distinctive and well-defined characteristics, as do the non-human creatures from those worlds, such as Crelliks, with skeletons on the outside; Dobers, with neckless bodies of pure muscle; and Nymphs, with pale green skin and horned foreheads. She also gives us Ticyon Flux Fields, hypersonic wave-resistance mag-rifles, and the holonet.

Climb aboard the Blackflame and join Toni on her mission to Waystation EEXDU and beyond.
Read more
One person found this helpful
Report abuse

Jonathan Ng
5.0 out of 5 stars I highly recommend this to any sci-fi lovers!
Reviewed in the United States on 9 February 2019
Verified Purchase
I love stories set in another world. This story doesn’t disappoint. The details of the world is exceptional, even the curses! Agent Toni Delle and her robotic dog, Mate, make a great team as they embark on a mission to stop destructive weapons from destroying their planet. The action and suspense makes this book a fast read. I love that! I highly recommend this to any sci-fi lovers!
Read more
2 people found this helpful
Report abuse
See all reviews
Get FREE delivery with Amazon Prime
Prime members enjoy FREE Delivery and exclusive access to movies, TV shows, music, Kindle e-books, Twitch Prime, and more.
> Get Started
Back to top
Get to Know Us
Make Money with Us
Let Us Help You
And don't forget:
© 1996-2020, Amazon.com, Inc. or its affiliates