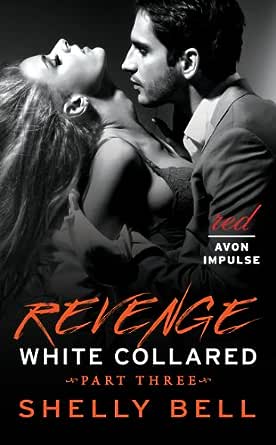 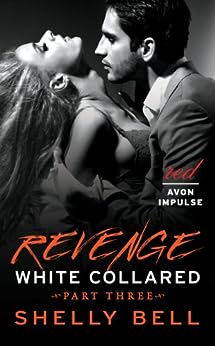 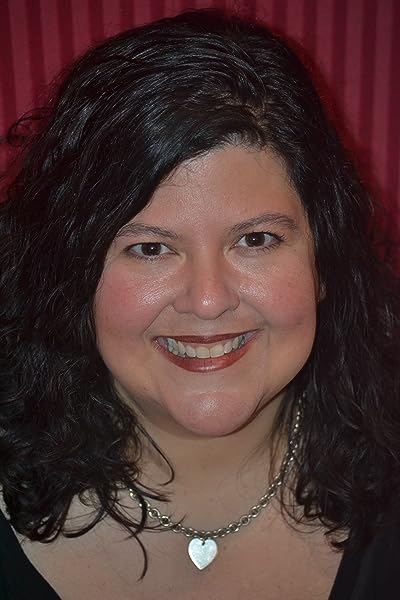 Shelly Bell is a member of Romance Writers of America and International Thriller Writers.

"A rollercoaster ride of jaw-dropping sex, heated anticipation, and a perfect dash of suspense, all tied together with flawless writing. When I wasn't clenching my thighs, I was frantically flipping pages to find out what would happen next! I can't recommend this series enough. Buy it. Devour it."--Alessandra Torre, USA Today Bestselling Author of BLINDFOLDED INNOCENCE

"The White Collared series takes you on a thrill ride of danger, murder and lust, leaving you hungry for the next installment."--Stacey Kennedy, USA Today Bestselling Author of BARED --This text refers to an out of print or unavailable edition of this title.

Bianca duggan
5.0 out of 5 stars Great read
Reviewed in Australia on 13 September 2014
Verified Purchase
I had to buy the lot,reading them one after the other!! Couldn't put it down.
Read more
Helpful
Comment Report abuse

The action, drama, tension and danger of this series just gets more intense by the book, all leading up to cliffhangers that will leave you screaming NO NO NO!!!
In this installment, we pick up right where we left off with Kate coming home to find her former best friend lying in her apartment with a knife sticking out of her back....literally, which has everyone worried that the real victim was meant to be Kate. Jaxon and Nick are in HIGH 'protect Kate' alert and the stakes have never been higher. Meanwhile, Jaxon is pushing Kate's boundaries every chance he gets, determined to make her his completely. While Kate has no problem with his dominance in the bedroom, she is actually discovering her deep need for it, she does however show some resistance when in comes to his commanding nature outside of closed doors. Jaxon wants her complete and total submission and Kate is unsure of weather or not she can give him what he wants. She trusts him with all that she has, and still believes in his innocence, but she still gets the feeling that he is keeping things from her even though she is slowly opening up to him more than she ever has with anyone. And just when she opens herself fully to him, exposing herself and feeling more vulnerable than ever, secrets are revealed that shake the very foundation of their entire relationship, sending her directly into the path of a killer.

She needed to submit. Needed him to help her release the guilt and the shame of sneaking off to see Martha Webber and causing Hannah's assault. Needed to prove to him that she trusted him with more than her body. Needed to prove she'd chosen him.

This series has not not slowed down since book one and every time I think I know what is going on, a new revelation smacks me in the face making me question everything and everyone I thought I knew. The steam just gets hotter and more explosive with each installment and I am still sticking with my initial vote of #TeamJaxon...that man is just so damn hott, but it's more than that. Yes, it is clear he is hiding things, but I truly believe he is not responsible for his wife's death. He is far too protective of those he cares about and he is just looking for someone he can truly be himself with-someone who wants him for him and doesn't want to try to change him. This doesn't mean that I don't understand #TeamNick is just as worthy of a following, he is also protective, kind, sweet & sexy....he is just not Jaxon ;)
But seriously, these endings are starting to kill me! Thank Gawd we don't have too long to wait for the next book or Shelly Bell would have some crazed stalkers on her hands. As it is, I am dying to see how this all plays out in the final installment of the series, but at the same time-I desperately do not want this to end. Ms. Bell has certainly earned a hard-core fan in me and I am more than ready to see what she bring me next.

“What do you want from me?”
“Everything. Every breath. Every thought. Every smile. Every damned tear. I won't share you. Not with Nick. Not with anyone. If another man breathes the same air as you, I want to rip his lungs out. Break his nose so he can't inhale the sweet perfume of your arousal. Blind him so he won't see you smile. Burn his hands so he'll never touch you. I want all of you.”

AJC
5.0 out of 5 stars Wow
Reviewed in the United Kingdom on 17 June 2014
Verified Purchase
What a way to end this third instalment of the 'White Collared' series!!
Such an enticing, exhilarating series so far!!
Superbly written with mind-blowing dramas unfolding at the turn of every page. A truly thrilling read that will captivate you, make your adrenaline pump and your stomach clench. A fascinating story line full of suspenseful situations that will leave you craving to learn more about the characters and what will happen next.
I read a lot of books, but once in a while you find little treasures like this series that really just blows the others out of the water.
I definitely recommended this series, it's a cross between BDSM meets NCIS crime scenes with mixed gut-wrenching emotions and fantastic believable characters. I simply cannot wait for the final instalment. With praises to the author Shelley Bell.
Read more
Report abuse

Julie Fletcher
5.0 out of 5 stars Gripping
Reviewed in the United Kingdom on 21 June 2014
Verified Purchase
Omg what has Kate done, Jaxson loves her Nick adores her n she walked out of safety n into lion's den hmmm.. I wonder if there's another person involved in the murders, just hope Jaxson or Nick can save her. Can't wait for book four but three days waiting going to drive me mad.
Read more
Report abuse

jackie
5.0 out of 5 stars Five Stars
Reviewed in the United Kingdom on 5 July 2014
Verified Purchase
Loved it had me on the edge of me seat
Read more
Report abuse

crochetcrazymad
4.0 out of 5 stars good read
Reviewed in the United Kingdom on 10 September 2014
Verified Purchase
love the story but bit annoyed that its sold in 4 separate parts tho...
Read more
Report abuse

Avtanner
5.0 out of 5 stars oh my gosh!!
Reviewed in the United States on 18 June 2014
Verified Purchase
What a cliffhanger!!! I wish I had waited till they were all available and had read them in order because the suspense is killing me......

In this book Katerina reveals her dark secret to Jaxon after a emotionally and physically intense scene. He finally breaks her down and sets her free from her ongoing guilt- but her hard headed need to be independent puts her back in danger....silly girl....

Hannah is alive and Tom tells Kate he loves Hannah and that she is just too perfect- that it was impossible for him and Hannah to meet her standards and she realizes that she does have liability for the failure of her relationships. So she leaves thinking about Jaxon and is almost killed by a BMW. She is rescued by the investigative reporter who tells her Jax is about to be arrested....

After an intense scene where she gives Jax her total submission and accepts his collar- and is recognized by Miles Joseph- she is devastated to learn that Ajax lied to her- his alibi is false and so is his assertion that he remained faithful to Alyssa....so she leaves...and finds out Miles Joseph is her Facebook stalker. So she searches his office and finds incriminating evidence when he walks in and catches her.....it ends with blackness and a gunshot and now I have to wait seven days for the end!! Addicted.....
Read more
Report abuse
See all reviews
Get FREE delivery with Amazon Prime
Prime members enjoy FREE Delivery and exclusive access to movies, TV shows, music, Kindle e-books, Twitch Prime, and more.
> Get Started
Back to top
Get to Know Us
Make Money with Us
Let Us Help You
And don't forget:
© 1996-2020, Amazon.com, Inc. or its affiliates