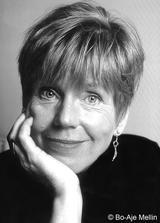 by Karin Fossum (Author)
4.2 out of 5 stars 202 ratings
See all formats and editions
Sorry, there was a problem loading this page. Try again.

"Karin Fossum's characters are so realistic, I keep expecting to see them on the crosstown express bus."
-- Marilyn Stasio, The New York Times Book Review "Psychologically fraught . . . rewards the patient reader with a mix of physical and mental peril and emotional power."
-- Wall Street Journal "Those who like Scandinavian mysteries and the subtle buildup of psychological thrillers will enjoy this book. An essential purchase."
--Library Journal "A wonderfully tense psychological crime novel by a master storyteller."
--Booklist "A familiar damsel-in-distress story veers off script into territory that would be too dark for almost anyone but Fossum."
--Kirkus Reviews "Engrossing... Fossum has rendered Ragna's plight with great precision and empathy in this acute psychological study of loneliness and grief. Fans of more nuanced Scandinavian crime fiction will be rewarded."--Publishers Weekly

KARIN FOSSUM is the author of the internationally successful Inspector Konrad Sejer crime series. Her recent honors include a Gumshoe Award and the Los Angeles Times Book Prize for mystery/thriller. She lives in Norway.

Start reading The Whisperer: An Inspector Sejer Novel on your Kindle in under a minute.

KARIN FOSSUM is the author of the internationally successful Inspector Konrad Sejer crime series. Her recent honors include a Gumshoe Award and the Los Angeles Times Book Prize for mystery/thriller. She lives in a small town in southeastern Norway.

4.2 out of 5 stars
4.2 out of 5
202 global ratings
How are ratings calculated?
To calculate the overall star rating and percentage breakdown by star, we don’t use a simple average. Instead, our system considers things like how recent a review is and if the reviewer bought the item on Amazon. It also analyses reviews to verify trustworthiness.

Jonathan Griffiths
4.0 out of 5 stars Not what I was expecting
Reviewed in Australia on 5 August 2019
Verified Purchase
I read a lot of Nordic Crime Fiction, which is what I thought this was. In the broadest sense it is, but it it's far less focused on crime and much more a meditation on loneliness the fragile nature of sanity. The plot develops painfully slowly but it's so well written that this didn't really matter. Slightly surreal, a little Kafkaesque, beautifully drawn. Just wonderful.
Read more
Helpful
Report abuse

Robert Hitchins
4.0 out of 5 stars Psycho thriller
Reviewed in Australia on 17 September 2019
3.5 stars

Author
Norwegian author of crime fiction, aka the "Norwegian queen of crime" apparently. She lives in Oslo, and was originally a poet. Best known for a series of novels involving Inspector Konrad Sejer, which have won a slew of awards. This is the latest in the series, but can be read standalone.

Premise
One of life’s victims is in custody for an initially undisclosed crime, to which she has confessed. Patient, sympathetic copper pieces together her story.

Characters
Ragna Reigl: Isolated, middle aged woman with a touch of he Eleanor Oliphants about her, who lives in her parents’ old home, commutes to and from work in a Scandi version of a dollar store (two dollar store in Australia), sits in the same seat in the bus every day, has no friends except work colleagues and is close to precious few of them, and one son who lives in Berlin that she gets a card from at Christmas and sometimes her birthday (17 June in case you were wondering). The son was the product of liaison with older married man when she was 17. She believes him to be highly successful in hotel management (he’s not). Our gal whispers because her vocal cords were damaged by surgical misadventure.
2. Inspector Konrad Sejer (see above)
The rest are walk-ons.

Narrative
Alternating from POV of Ragna and the Inspector, one going backwards, the other forwards, which isn’t as confusing as it sounds. “I”s get dotted, “T”s get crossed, Ragna gets medication.

Bottom line
Psycho thriller, qu'est-ce que c'est. I wasn’t tense or nervous though, and I could relax. This is not the usual style for an Insp Sejer book. It’s well executed (sorry, poor choice of words), but tending towards meh for me.

Read and Reviewed
5.0 out of 5 stars Affecting character study of a broken woman driven to commit a terrible crime. Scarily realistic.
Reviewed in the United Kingdom on 5 January 2020
Verified Purchase
Karin Fossum is never anything less than brilliantly original and has a long history within her crime novels of exploring the psychology of those driven to commit a crime and the circumstances leading up to it. At times harrowing and frequently profoundly moving, Fossum explores the psychology of the perpetrator, often someone on the fringes of society, and is concerned with the drivers behind the event and less with the actual crime. This has never been more true than in The Whisperer, the thirteenth novel in the series featuring Inspector Konrad Sejer. Knowledge of Sejer and his approach is not a necessity and The Whisperer works perfectly as a stand-alone, opening with forty-six-year-old supermarket worker Ragna Riegel sitting peacefully across from Sejer on remand for a serious crime. What the crime is remains shrouded in doubt until far later in the novel as Fossum paints a bewitching portrait of a woman without a voice’s ultimate cry for help.

Told back to front in effect the structure works well and via flashbacks to Ragna’s recent past and deep into her childhood it gives the reader a stunning insight into the person behind the facade she presents to the outside world. Ragna Riegel is used to going unnoticed, regarded as an ugly duckling as a teenager, a single alcohol induced encounter with an older man resulted in a child at the age of seventeen. Still living in her childhood home in Kirkelina, with her parents long dead and her son, Rikard Josef, having moved to Berlin as soon as he was able and limited their communications to greetings cards, she takes comfort in envisaging him as the manager of the premier hotel he works in. Setting store by a life dictated by simple routines Ragna works in a discount supermarket and with a botched operation on her vocal cords having left her voice barely audible and an ugly throat scar visible she is happy to keep all but a few colleagues at a distance.

When she arrives home and finds an anonymous note in her mailbox proclaiming, “You are going to die”, it is just the first of a series of increasingly ominous threatening messages that make clear someone is watching her. Whose attention can she have attracted and with the implication that she has committed a crime, just what has Ragna done? As her paranoia rises and she begins to feel unsafe in her home, nights of broken sleep and vivid dreams start to blur her distinction between reality. Any thoughts of confiding in a colleague go out the window when two attempts to tell the police by phoning the emergency number sees her concerns rebuffed. When she cannot even make the annual contact with her son that she longs for she begins to feel more frightened and alone by the day and Fossum’s portrayal of a woman on the edge is notably claustrophobic and at times heart-wrenching.

Solid and dependable, Inspector Sejer is a detective who first and foremost treats criminals as humans and cares enough to listen and do his best to ensure the justice that is meted out is appropriate. In the case of Ragna, who longs to go unnoticed, he gives her a voice and delicately dispels the false illusions behind the world in which she lives. It is Sejer’s search for some kind of remorse in Ragna and his appreciation for the desperation she perceives herself to be in that leaves a lasting impression.

Profoundly moving and deeply affecting, this is a novel that bewitched me and Fossum’s skill in maintaining suspense is remarkable. Despite working out where the story was headed and the reality of Ragna Riegel’s situation ahead of the dramatic close I appreciated Inspector Konrad Sejer’s empathy, compassion and willingness to listen to an woman at her lowest without one iota of judgement. Objectively the novel is overlong due to a fair bit of repetition in Ragna’s account of her life, however this is largely warranted in order to hammer home the enormity of the persecution and desperation she felt leading up to one defining moment. Konrad Sejer is not alone in doubting that he will ever forget Ragna Riegel - I doubt I will.
Read more
One person found this helpful
Report abuse

Keith Clayton
2.0 out of 5 stars Tortoise
Reviewed in the United Kingdom on 20 October 2019
Verified Purchase
Normally the books of Karin Fossum are excellent and fast moving. This came out of the traps like a tortoise, by half way the tortoise was using a zimmer frame, Picked up to a limp for the last quarter. This is where you should pick up the reading. This book could be used for medical students doing their psychiatric module - contains plenty of symptoms and limited diagnosisi
Read more
One person found this helpful
Report abuse

Jo McKenna
5.0 out of 5 stars The Whisperer
Reviewed in the United Kingdom on 2 January 2019
Verified Purchase
Absolutely love Karin Fossum's books. Her ability to make the characters come life in her books is excellent. If you are looking for traditional cops versus villains this is probably not for you. If you enjoy exploring human nature give her books a try. Can't wait for next one.
Read more
2 people found this helpful
Report abuse

KG
5.0 out of 5 stars Another brilliant addition to the series.
Reviewed in the United Kingdom on 24 December 2018
Verified Purchase
I’ve read all of this series and they are outstanding. This is one of the best, it really draws you in to the main character and her motivation. The sign of a good book is how often you think about it afterwards. I thought about this one a lot.
Read more
2 people found this helpful
Report abuse

weeladylou
4.0 out of 5 stars Gripping, tense, brilliant.
Reviewed in the United Kingdom on 16 May 2019
Verified Purchase
For a while, I wasn't too keen on this book. It made me feel quite anxious, didn't warm to the main character, would have rather had more emphasis on the detective, but when it started all coming together, I saw it with a totally new light and came to the conclusion that it was a bit of genius writing & there were good reasons for Fossum pushing the reader down an anxious path... Just brilliant.
Read more
Report abuse
See all reviews
Back to top
Get to Know Us
Make Money with Us
Let Us Help You
And don't forget:
© 1996-2021, Amazon.com, Inc. or its affiliates