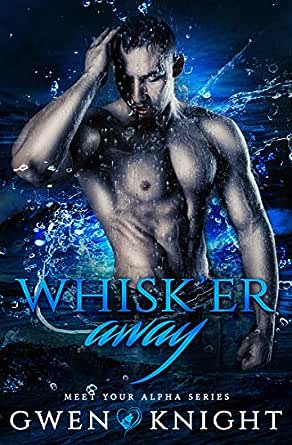 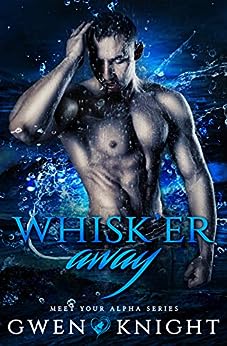 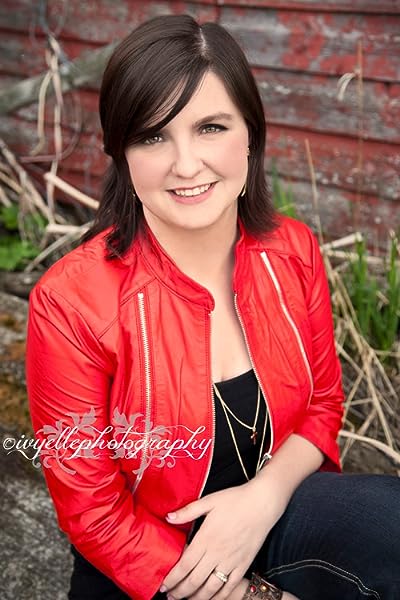 Deb from Oz
TOP 50 REVIEWER
5.0 out of 5 stars a great fun read
Reviewed in Australia on 6 November 2018
Leo Clapak is a lion shifter who is about to take control of his pride from his father if only his parents would stop hassling him about getting a mate. When a vampire that he is doing business with tells him about a shifter cruise to Hawaii he decides to go even if he doesn't find a mate a week of sun and booze will be fun before his new working life starts. Kendra Daye is a wolf shifter who can't get past seeing her husband the alpha been killed by an upstart she won't let it go so her sister Brittany books then both onto a cruise to Hawaii to try to get her to relax. When she manages to tip a plate of food over the handsomest man she has ever seen she has to remind herself that she isn't interested but Leo isn't taking no for an answer He needs to get this uptight wolf to relax and admit what is between them.

Over all a great fun read that had me giggling inparts

jamoz23
TOP 50 REVIEWER
4.0 out of 5 stars Read through KU as part of the Meet Your Alpha and Cruising with Alphas series'.
Reviewed in Australia on 10 November 2018
A very enjoyable and pleasant read with an amazing twist towards the end.
Likeable characters that you can’t help feeling attached too, especially Kendra and everything she had been through.
Hope the sister gets a book too.
Will be looking for more from this author.
Read more
Helpful
Comment Report abuse

CRAZY4PEANUTBUTTER
TOP 1000 REVIEWER
4.0 out of 5 stars Good
Reviewed in Australia on 3 November 2018
First off I have to say I totally love the cover art. The story was good. Great characters and dialogue. I liked it.

Emily Pennington
5.0 out of 5 stars Adored This One !!!
Reviewed in the United States on 4 November 2018
Verified Purchase
Leo’s mother was driving him crazy, trying to encourage him to find a female and give her grandbabies. It was an often-repeated conversation, but she was on a roll and would not back off. Finally, Leo’s assistant announced a visitor who had an appointment and he used that fact to end his mother’s harassment as he met with the vampire Kai Abram, the master of the Rapid City Vampire Coven. Kai was different from most vampires. He liked to tease and laugh and enjoyed making Leo’s mother uncomfortable with his charm, recognizing how she disliked vampires. When Leo proposed that they trade building purchases in a feud between Kai and his father, where each grabbed the building the other wanted just to be spiteful, Kai was happy to do business. In return, he mentioned a dating site for shifters where Leo might find that mate that his mother was hassling him about. Curious, Leo checked it out and, when his father started pressuring him about a mate too, he decided the Hawaiian cruise would be a good way for him to have a last relaxing vacation before he took over the pride, as well as an opportunity to maybe meet that special someone.

Kendra Daye was a wolf shifter, mourning the death of her mate when another alpha killed him the year before. In the midst of fighting off tears and terrible grief, her sister phoned her but Kendra didn’t want the company, no matter that Brittany just wanted to comfort her. She had pushed away her mother, her pack, and anyone else who tried to talk about her loss. But she agreed to go to a pub for a quiet drink with her sister. Instead, it was a brightly lighted club with dancing and she was furious. Brittany took her to a quiet area and told her about a web site. Although it catered to singles, they had a Hawaiian cruise specifically for shifters and it sounded heavenly! Even Kendra had to admit that the chance to relax in the sun would be wonderful. And she didn’t have to participate in the singles activities. The selling point for spending two weeks on a cruise with her was Brittany’s tease that if she got too annoying, she could shove her overboard!

Kendra was not off to a good start when her sister reprimanded her for growling, without even being aware of it, during the safety demonstration on board. But after a shower, clean clothes, and breathing in the fresh air on the balcony, she was starting to feel that her sister may be right and she would find joy again in living. In the buffet downstairs, Kendra excitedly loaded her plate with beef, gravy, and potatoes. But as she spun around to get a table, she ran into a hard chest and spilled her plate all over someone. Rubbing napkins all over him to fix the problem did nothing but incite a low growl. And then she looked up into a face so handsome that for the first time in a year, she was overcome by strong emotions that swept away her grief. She had never reacted this strongly to anyone, not even Daniel – and the thought of him reminded her she was not here for a man! Would she walk away from Leo without even trying to get to know him? Would he see her intense pain and allow his protective nature to reach out to her?

This was such an enjoyable, fantastic book! Aside from the pleasure of its being well-written, the humor was exactly what I most enjoy when I read this type of story. I was smiling almost the entire time I read – and laughing out loud the rest of the time! I loved the main characters, especially Leo. The author made them seem real and let the reader actually experience their emotional reactions! This book was so good!!!! Don’t miss reading this one. It will hook you immediately and is well worth the reading!
Read more
Report abuse

Ashley A. Carr
5.0 out of 5 stars The lion and the wolf
Reviewed in the United States on 15 October 2018
Verified Purchase
This is a new author to me and I didn’t feel lost in the story starting on book four of the series. I love PNR especially shifters and this is a really sweet and fun read. Leo, don’t call me Leopold, is a lion shifter about to take over as the Alpha when his father retires. He just once a break from his mothers matchmaking ways and convinces his parents to let him go on a shifter cruise before he settles down into the Alpha role. Kendra is a wolf shifter mourning the passing of her mate who was the Alpha of her Wolfpack. Her sister convinces her to go the same shifter cruise where she bumps into Leo, literately. They hit it off almost immediately and her sister is ecstatic that she’s meeting new people, but Kendra is reluctant to explore a relationship outside of a friendship with anyone. When Kendra bumped into Leo he knew she was the one, but he also knew he had to go slow with her because she was still in mourning. But all is not as it seems and when get back from the cruise Kendra is in for a big surprise that could potential he affect her and Leo’s future.
Read more
Report abuse

Tabi Ann's Reviews
5.0 out of 5 stars Excellent story!!
Reviewed in the United States on 4 November 2018
Verified Purchase
I truly loved this story from the first page until the last. I loved how they gradually got to know each other thru the cruise, without just jumping into bed. They had fun and you could see them gradually falling in love with each other. A lot can happen two weeks trapped on a boat with each other.

Reading the book you will laugh and cry a little when you learn her story. Then when Gwen throws in the major twist you dont see coming you will get murderous tendencies too.

Gigi's Reads
5.0 out of 5 stars A heartwarmingly hopeful read...
Reviewed in the United States on 17 October 2018
Verified Purchase
I'm glad this story picks up a year after Kendra's mate's death. She has taken it hard but at the year mark is ready to get out and spend time with her sister. Pressured by his parents to mate Leo just wants to have some fun. Instant attraction may have brought them together but their courtship makes for a sweet sexy read. Love these characters, love this tale, and the major twist was jaw dropping. Five stars is not enough!
Read more
Report abuse

Sue T.
5.0 out of 5 stars Best of the series!
Reviewed in the United States on 22 July 2019
Verified Purchase
And I’ve fallen more and more in love with this series, bingeing over the weekend and not being able to stop reading till I gave a heartfelt sigh after turning the last page. Full of pain, romance, characters to make you melt, and a storyline to make you wish it was reality. Believe me, I’m ready to cruise and meet my alpha!
Read more
Report abuse
See all reviews
Get FREE delivery with Amazon Prime
Prime members enjoy FREE Delivery and exclusive access to movies, TV shows, music, Kindle e-books, Twitch Prime, and more.
> Get Started
Back to top
Get to Know Us
Make Money with Us
Let Us Help You
And don't forget:
© 1996-2020, Amazon.com, Inc. or its affiliates