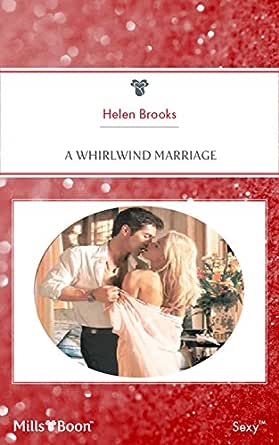 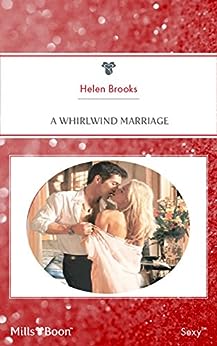 4.3 out of 5 stars
4.3 out of 5
23 global ratings
How are ratings calculated?
To calculate the overall star rating and percentage breakdown by star, we don’t use a simple average. Instead, our system considers things like how recent a review is and if the reviewer bought the item on Amazon. It also analyses reviews to verify trustworthiness.

Justirishgirl
5.0 out of 5 stars not the typical Harlequin Presents
Reviewed in the United States on 31 December 2014
Verified Purchase
I had read this book quite few years ago. The only thing that I remember was that I enjoyed it. It was recently recommend on a reading thread and so I decided to read it again. I am glad that I did.

This is not the typical Harlequin Presents romance book in that the story is unusual. While the hero and heroine end up separating, during the entire book they are in love with each other and readily admit it. Also they are still very sexually attracted to each other, during the entire story, which resulted in hot love making scenes. While there is a little drama attempt by OW, a former girlfriend of the hero's, their problems have little to do with her. (I loved the scene where Zeke, the hero, holds the OW head to the fire, making her confess her plot to harm their marriage as well as making her apologize to Marianne, the heroine.) Rather they have different dreams, goals, and needs which slow causes a rift in their marriage. They are also both insecure despite knowing how much they are loved by their partner.

The story kept my interest and flowed well. I read it in a couple of hours, without taking any breaks or even moving. I found both characters likable but flawed. I loved how possessive and jealous Zeke was about Marianne. She was his whole world and he was afraid of losing her. As a result, he held on too tightly, causing more problems in their marriage. He had to learn how to face his fears and let go as well as learn to be less selfish and self centered. Marianne started off as a dishrag and eventually found her spine, which I enjoyed reading about. Unlike some romance books, I believed the HEA as the hero and heroine had to work for it.

Pinay23
4.0 out of 5 stars Love the story
Reviewed in the United States on 28 June 2020
Verified Purchase
Love the characters. The vulnerability and strenght of the man and woman. Enjoyed the pacing of the story. Would recommend it to anyone.
Read more
One person found this helpful
Report abuse

DAA
4.0 out of 5 stars A Whirlwind Marriage
Reviewed in the United States on 13 March 2014
Verified Purchase
Zeke and Marianne's marriage started to unravel when the OW was hired. She'd been his mistress years before and now she wants him back. Zeke is a possesive male not wanting his wife to do anything but wait for him. This starts cutting Mairanne's confidence into pieces. Add OW and holes start to show in the marriage. This story is different cause even after the OW hatered is found out they do not get back together. Marianne has backbone and wants to grow into herself. Zeke has to learn to let her. I enjoyed the journey they went through. Love to read Helen Brooks books.
Read more
4 people found this helpful
Report abuse

pets for life
5.0 out of 5 stars A Real Love
Reviewed in the United States on 5 December 2015
Verified Purchase
Zee took one look at Marianne and fell head over heels in love. The only problem is that in his world, love equals possession. While this might have been enough for the heroine for a while, it inevitably causes strain in the marriage. The difficult and painful lessons learned by both the H and HR are presented in both a sensitive and realistic manner that results in a beautiful story.
Read more
2 people found this helpful
Report abuse
See all reviews
Get FREE delivery with Amazon Prime
Prime members enjoy FREE Delivery and exclusive access to movies, TV shows, music, Kindle e-books, Twitch Prime, and more.
> Get Started
Back to top
Get to Know Us
Make Money with Us
Let Us Help You
And don't forget:
© 1996-2020, Amazon.com, Inc. or its affiliates