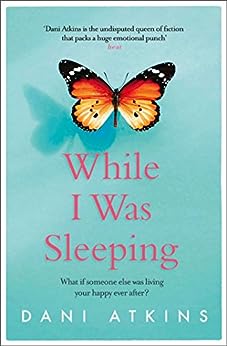 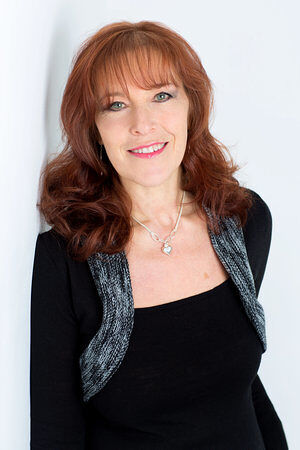 While I Was Sleeping Kindle Edition

Dani Atkins was born in London in 1958, and grew up in North London. She moved to rural Hertfordshire in 1985, where she has lived in a small village ever since with her family. Although Dani has been writing for fun all her life, Fractured was her first novel. She has since written The Story of Us.
--This text refers to the paperback edition.

4.6 out of 5 stars
4.6 out of 5
409 global ratings
How are ratings calculated?
To calculate the overall star rating and percentage breakdown by star, we don’t use a simple average. Instead, our system considers things like how recent a review is and if the reviewer bought the item on Amazon. It also analyses reviews to verify trustworthiness.

newmum74
3.0 out of 5 stars There are no words!!!! Loved it - hated it
Reviewed in the United Kingdom on 19 December 2018
Verified Purchase
It’s taken me a month and lots of binge reading to get over this book. I loved it all the way through- I cried and laughed and I wanted what I wanted but it wasn’t meant to be! It wasn’t the ending I wanted or I think it deserved. I felt very emotional, upset and angry at the end. I love books by Dani Atkins but this time I wasn’t happy. Don’t get me wrong it was beautifully written but it was just wrong and I felt wronged on the characters behalf. I was left feeling cheated, and felt it on the characters behalf too. I would love to know the rationale behind the ending of this book and why it took the turn it did.
Read more
10 people found this helpful
Report abuse

Annie
4.0 out of 5 stars Emotional Rollercoaster
Reviewed in the United Kingdom on 12 September 2018
Verified Purchase
I got so excited when I heard that Dani Atkins was releasing a new book, as I really love the way she writes. So as soon as I could I preordered the book. While I was sleeping tells the story of two women. Maddie, who unbeknownst to her has been in a coma for the last 6 years. She wakes up only to find out that the people she loves have moved on without her. This is a lot to take in for someone who feels like they've only slept for a day. I instantly sympathised with her and felt for her while she comes to grips with what has happened.

The story also focuses on Chloe, how she met and fell in love with Ryan, Maddie's ex fiance. It's hard not to like her too and you also feel yourself relating to her, at times I did think she over panicked, but it was understandable.

As the story progresses you come to care for all of the characters as well as root for them, to make the best of this strange situation, I really loved the sports day event. They all go through some life-changing events, and boy did I really feel for Ryan.

However, I thought the ending really annoyed me, especially everything that had happened I didn't think anything else was needed. I also wish that the epilogue gave us a better sense of closure, but that is just me!

Zoeb
5.0 out of 5 stars Wow...heartbreaking yet fantastic
Reviewed in the United Kingdom on 29 August 2018
Verified Purchase
I have never not enjoyed (or not cried at! I may add) one of Dani’s books and Wow! Yet another fantastic book from Dani. Drawn into this story from the off, she promised me tears and surprises and didn’t not fail to deliver. I’m afraid I took sides straight away, and even with the twists and turns the book took, I was still team Maddie right to the end. And what an end it was. You always know it will be an emotional rollercoaster of a ride getting through the book, thinking you know what’s coming, but you never do. 😭💔
Read more
8 people found this helpful
Report abuse

Tiakie
5.0 out of 5 stars ❤️❤️❤️
Reviewed in the United Kingdom on 12 November 2018
Verified Purchase
I’m a true Dani Atkins fan... I’d probably enjoy reading a shopping list if she wrote it. So I knew I with 95% certainty this I was in for a treat.

This was a special book but oh god did it pull at my heartstrings. I spent a lot of the book on the verge of tears or angry (or both) or raging or rejoicing. It takes a genius of an author to engage the readers, to become so invested in the story that you feel it’s personally happening.

I don’t want to give anything away but would I have chosen the ending? Probably not - I was too invested in the character I felt the most affinity with. Brilliant book
Read more
5 people found this helpful
Report abuse

Clare Perry
5.0 out of 5 stars 5 Star Amazing Read - Best Read Ever
Reviewed in the United Kingdom on 20 September 2018
Verified Purchase
This is an amazing read, you feel totally evolved in the characters from chapter 1 and brings them right into your heart. I found when I was reading the book it really absorbed me, where literally couldn’t wait for the next instalment but in another way I wish I didn’t as finished far too soon and leaving me wanting more.
Make sure you book yourself out, I had far too many late nights which seemed a good idea at the time. In summarisation it is about what the book is called, what happens while you are sleeping when I read the name I had in my head what to expect-believe me you will have plenty of surprises from page 1 to the last. I would love another one in follow up as felt there was so much more to give, although I would of liked the ending switched - it is kind of a bit sliding doors, Love it so much please make that investment you won’t regret it.
Read more
3 people found this helpful
Report abuse
See all reviews
Back to top
Get to Know Us
Make Money with Us
Let Us Help You
And don't forget:
© 1996-2021, Amazon.com, Inc. or its affiliates