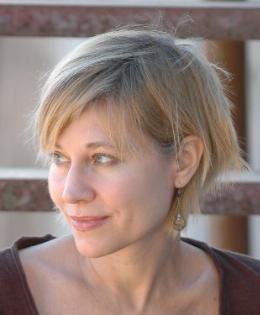 by Elizabeth Crook (Author)
4.7 out of 5 stars 204 ratings
See all formats and editions
Sorry, there was a problem loading this page. Try again.

Elizabeth Crook was born in Houston, Texas. She graduated from Rice University in 1982. She has written four novels: The Raven's Bride, which was the 2006 Texas Reads One Book selection; Promised Lands; The Night Journal, winner of the 2007 Spur Award for Best Western Long Novel and the 2007 Willa Literary Award for Historical Fiction; and Monday, Monday, which was awarded the 2015 Jesse H. Jones award for fiction. Elizabeth has written for periodicals such as Texas Monthly and the Southwestern Historical Quarterly. She is a member of Women Writing the West, Western Writers of America, and the Philosophical Society of Texas, and was selected the honored writer for 2006 Texas Writers' Month.
Start reading The Which Way Tree on your Kindle in under a minute.

4.7 out of 5 stars
4.7 out of 5
204 global ratings
How are ratings calculated?
To calculate the overall star rating and percentage breakdown by star, we don’t use a simple average. Instead, our system considers things like how recent a review is and if the reviewer bought the item on Amazon. It also analyses reviews to verify trustworthiness.

Jose A. Royo
5.0 out of 5 stars A great western, an excellent bpok
Reviewed in Spain on 20 April 2020
Verified Purchase
I read a review sent by my son, who knows how much I enjoy westerns and how difficult is nowdays to find a good one. One of the best westerns I've ever read, the author is really familiar with the after civil war Texas, its scenery, its people... A great western, muchas gracias Sra. Cook.
Read more
Report abuse

Texas (which is obviously Crook's stomping ground) after the Civil War is the backdrop for this coming-of-age, epic revenge-based quest/crusade, period piece that offers a story within a story, each of which, to some extent, stands nicely alone. My sense is the publisher saw an analogy to True Grit, which somewhat recently enjoyed a renaissance and renewed level of interest, but that undersells the work. Sure, much of the art here lies in Crook finding (and perfecting) the narrator's voice (which she explains in the acknowledgements). My sense is that some readers may initially struggle to buy into the narrator's authenticity, but if they give up, that will be their loss. (I'm reminded of the number of times folks have told me that they never embraced (or felt or heard) the cadence and lilt and inflection that constitutes the magic of Hillary Mantel's exquisite Wolf Hall and Bring Up the Bodies,; if you can't hear the voice, I have no doubt both books are a disappointing slog. But ... but ... once you hear the music..., oh my!) Here, once you let go, give yourself over, and (of course) suspend your disbelief, and you begin hearing Benjamin's voice, the story merrily sings along.

Serious reader's tip: after you've read the book, don't skip the author's acknowledgements, particularly the passage about the author's inspiration for the book. If you don't feel a tingle up your spine, we're not cut from the same cloth. And sure, it's fun to know whether the story is destined for the big screen (or at least something on cable)? It sure sounds like it, and it's fun to think about casting the production. (Would Robert Duvall play Preacher Dob? Frankly, my preference would be Judge Carlton (although that would require a slightly different spin on the story, but Peter Falk's brilliant role in The Princess Bride immediately comes to mind).)

This book was dramatically different, and significantly more compact (OK, shorter) than the other Crook novels I've read, but every bit as entertaining. I didn't read it in one sitting but, if my schedule had been more flexible, I'm confident I could have (and would have immensely enjoyed doing so).

I'm immensely curious to see if, over time, the publisher tries to market this to the ever-expanding and diverse young adult (YA) reading community. It seems like the genre has exploded with supernatural/fantasy fiction (dystopia, vampires, etc.), and one always hopes that enthusiastic younger readers will broaden their horizons by sampling slightly different genres. Is this too Western for that readership? I hope not. Sure, this is a dramatic departure from the steady stream of reliable best sellers that John Green keeps writing (or, in a prior generation, S.E. Hinton's classic The Outsiders); but part of me thinks that younger readers who enjoyed, among others, The Book Thief, Harry Potter, The Hunger Games, The Golden Compass/Dark Materials, Ender's Game, and, I dunno, maybe even The Graveyard Book are willing to read stories completely divorced from their day-to-day experience, so why not? Apparently, they're still reading Paulson's Hatchet.... Could this be a modern-day Little House on the Prairie? If it shows up on the big screen, who knows?

As a sucker for a good ending, I thought Crook nailed it here. Enough twists and turns that I didn't see it coming, but enough of the right answers to my asked and unanticipated questions to leave me satisfied, relieved, slightly saddened, but fully gratified with the whole.

In any event, it's something completely different, elegantly constructed, and well worth a read.
Read more
18 people found this helpful
Report abuse

Jonathan Eaton
5.0 out of 5 stars A New, Fresh, and Truer Wild West
Reviewed in the United States on 14 February 2019
Verified Purchase
Samantha Shreve is a young woman, a child, really, looking for the panther that killed her ma. There is some “True Grit” here, and some “Moby Dick.” Ishmael in this story is Samantha’s extraordinarily put-upon older half-brother, Benjamin Shreve. At least Ishmael chose to board The Pequod of his own free will—no such luck for poor Benjamin, as he, along with a number of other remarkable characters, are dragged into Samantha’s harrowing quest by the force and purity of her desire for revenge. Samantha out Ahabs Ahab by a far piece. How it happens that in the course of this novel, we come to understand Benjamin’s deep love for his half-sister, despite the anger that swamps every redeeming quality she might otherwise possess, is written-word magic.

This is a wonderful novel which confirms my belief that there is a renaissance in literature concerning that remarkable time and place and people sometimes called “The Wild West.” It stands alongside other old iron renewed and re-worked in a fresh fire, like Dewitt’s “The Sisters Brothers” and the Coen Brother’s “The Ballad of Buster Scruggs.”

DJDodson
5.0 out of 5 stars "Mapping" 19th Century Texas in an atlas of folklore and suspense. (Every map needs a "Legenda . . ." )
Reviewed in the United States on 8 February 2018
Verified Purchase
As a fan of historical fiction, I read Elizabeth Crook's "The Which Way Tree" at my first opportunity.
Pre-ordering on Amazon was very efficient!
Here again we find an amazing historic fiction writer creating a world that both entertains and informs.
Where Crook's other historic fiction considered such topics as Sam Houston before he arrived in Texas - and then Texas at the time of its war of independence from Mexico, this story takes place some 30 or more years later, after the Civil War.
The accuracy of the historical facts woven into this entertaining tale brings to mind William F. Buckley Jr.'s Blackford Oakes series.
The unusual first-person narrative of this story brings to mind the framing technique used in P. G. Wodehouse's stories of Mr Mulliner, where Mulliner is made a fisherman in order to cast doubt on the outrageous stories he tells.
Here, a similar technique is utilized to find a likable confidant (cf., Walter Cronkite in "You Were There") as the willful protagonist, Samantha, is not a likable sort of character. Skillfully, the story is framed as a testimony by her brother, Benjamin. His voice is the perfect vehicle for the author's skill in storytelling that both feeds the intellect and entertains a hungry soul.
Elizabeth Crook is the perfect choice of skilled and imaginative authors for this an amazing ride through the geography and personalities of Texas in the late 1860s.
This book is excellent.
Read more
15 people found this helpful
Report abuse

D
5.0 out of 5 stars Amazing journey into an incredible story
Reviewed in the United States on 1 March 2018
Verified Purchase
I like this story, REALLY like it.
It seems to be a tale for a younger reader than I, but it took me back to more innocent and adventurous times. I would recommend this book to any youngster (or oldster) who loves tales of Texas, the old frontier, and the rewards of perseverance and determination as well as justice and endings well earned.
Read more
5 people found this helpful
Report abuse
See all reviews
Back to top
Get to Know Us
Make Money with Us
Let Us Help You
And don't forget:
© 1996-2021, Amazon.com, Inc. or its affiliates