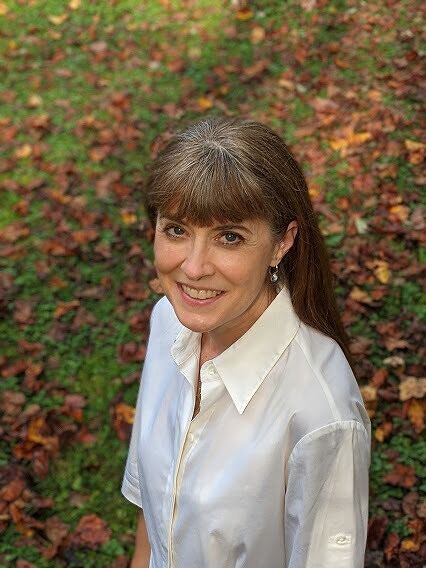 by M. C. Bunn (Author)
4.7 out of 5 stars 5 ratings
See all formats and editions
Sorry, there was a problem loading this page. Try again.

John Owen
5.0 out of 5 stars A Dickensian world with Sex and Passion
Reviewed in the United States on 18 July 2021
Verified Purchase
Where Your Treasure Is goes beyond simple romance to unfold the complexities of life. While the Victorian equivalent of a bodice might get ripped, the novel evokes a morally complex world where everything becomes complicated and the path of true love never runs smooth. An heiress encounters a bankrobber hardly suggests the range of surprises given delightful plausibility, no more than a linguist meets a flower girl encapsulates My Fair Lady (by the by, Eliza marries Freddy so doubters check Shaw). Part of the novel evokes the same milieu while Sherlock Holmes might well prowl in other parts and the shady London of Oliver might hint at others. The effect is Dickensian, that is if Dickens understood women and was at liberty to write as freely on sex as Anais Nin. The narrative is in a shifting third person limited that unfolds the story as through a kaleidoscope that reveals facets of the increasingly interrelated characters to reveal a unified whole that glitters like the diamond the heiress has inherited. Perhaps all's well that ends well, or perhaps people just muddle through a lot of less than ideal choices before a right proper knot can be tied. Is there a spicy Romance? Well I'll vote yes, but like life it's pretty complicated even when love seems simple. Full disclosure I'll say I went to graduate school with the author and we keep in touch, though publication of this novel was a pleasant surprise. The cover does reveal something about the book insofar as the author helped pick it out and period society painter Boldini was an inspired choice that suggests something out of the ordinary. I've been to the state art museum with her and can attest she has a good eye. But beyond that the prose appeals to all the senses with a rich vocabulary well pitched to the time and place. I gather a multi-generational saga is set to unfold. The sex in the book reveals character, rather like in life, and gives a modern sensibility to the Victorian tale. Incidentally, I didn't read a review copy and the read is worth the cover.
Read more
One person found this helpful
Report abuse

Susan Chapek
4.0 out of 5 stars Dramatic, intense, literary
Reviewed in the United States on 21 August 2021
Verified Purchase
This novel's structure and style took me back to the late Victorian era in which it's set. It's literary, complex, teeming with life and characters and subplots. Bunn serves us a thick slice of London--a rich topping supported by the solid and sweet servant middle, with a criminal crust underneath it all. No matter what twists the subplots take, you taste all of those layers in every bite.

And yes, there's a fascinating and to me unsettling central romance that feels conventional and predictable (if highly dramatic) at the beginning, but develops into something much more complicated and surprising.

Despite the biblical title, the story is graphic for sex and violence.

I'm assigning 4 stars, because I must assign stars, but for me the Amazon star rankings are meaningless. Please go by my reviews, not the stars.

dean
5.0 out of 5 stars Stimulating drama in an impressive debut novel
Reviewed in the United States on 18 July 2021
Verified Purchase
Set in and around London in the late 19th century, "Where your Treasure is" offers windows to the extremes of the Victorian English social spectrum: we are invited to witness life in the ugly underworld of disreputables on one end, and on the estates of the most respectable elites on the other. The story begins with an explosive collision of these two worlds, giving the author a wide range of characters and their interactions to develop. I loved the complexity and realness of the actors in this story; there are no two-dimensional, predictable lives. Not a typical romance, it's more like historical fiction with romance, friendship and all kinds of love at its core.

The writing is rich, clear and rewarding to the careful reader. I learned a few new words. I didn't want it to end. If you like a smart, original read, this is an exceptional first novel. I'm glad to have been able to support the author in a small way and I'm looking forward to what's next from her. I'd love to hear more of the stories of these characters!
Read more
Report abuse

Amazon Customer
5.0 out of 5 stars An enjoyable read!
Reviewed in the United States on 27 April 2021
Verified Purchase
Where Your Treasure Is, a captivating historical romance, portrays fascinating details of life in Victorian London. Cheers to M C Bunn for beautiful prose and a well-crafted, entertaining love story!
Read more
One person found this helpful
Report abuse

Soren Arc
5.0 out of 5 stars A Work of Art
Reviewed in the United States on 11 August 2021
Verified Purchase
A work of great beauty and power. Of a time and place which, seemingly familiar, is a world unto its own. Bunn takes the reader on a remarkable, and often heartbreaking, journey. Highly recommended!
Read more
Report abuse
See all reviews
Back to top
Get to Know Us
Make Money with Us
Let Us Help You
And don't forget:
© 1996-2021, Amazon.com, Inc. or its affiliates