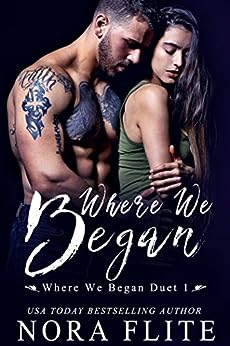 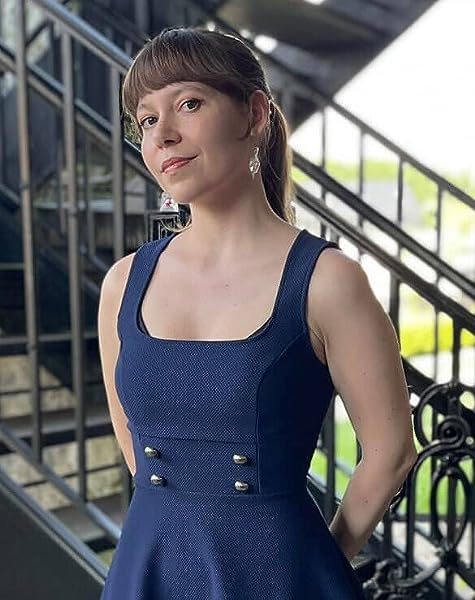 4.3 out of 5 stars
4.3 out of 5
40 global ratings
How are ratings calculated?
To calculate the overall star rating and percentage breakdown by star, we don’t use a simple average. Instead, our system considers things like how recent a review is and if the reviewer bought the item on Amazon. It also analyses reviews to verify trustworthiness.

Marns
5.0 out of 5 stars Hot and sexy Romantic Suspense – Book One of a duet.
Reviewed in Australia on 8 March 2018
The author of this book does it again, and I was grabbed by the plot and kept hostage for the entire length of the first book in this duet. How is it that Nora Flite can pull hotness and passion from the teeth of adversity – actually she is just that good!

Dominic and Laiken are two people whose lives reflect the secrets and lies of their parents, who were once apparently in the business of banking together, and, in book one of this romantic-suspense duet, the plot gets thicker and the romance gets hotter!

Her fate is wrapped in her father’s debt. Growing up in an idyllic and isolated spot in the forest, revelling in the close bond with her older sister, Laiken at 12, never questioned her father’s reasoning that there were no other people nearby because they didn’t understand the beauty of nature. She didn’t understand what was happening when people showed up to take one of his children, Laiken herself, away to live with them. Who was Joseph Laurel and what he done that one of his kids had to be taken hostage to control him?

Dominic was also 12 and had never been loved by his parents. Not knowing what it is that he’d ever done wrong, he still tried his best to gain their approval. Becoming friends with the new girl now living with his parents, Dominic enjoyed his month with her before being sent away to military school. Upon returning six years, he vows never to let them down - again. He’s certainly not Laiken’s childhood friend anymore, but he is one all gorgeous, muscled, tattooed and holy crap on a cracker HOT male! Even as he betrays Laiken to keep the approval of his parents, we see from his POV that he’s in deep, and knowing that when she finds out his secrets, she’s gonna hate him, he is still bound by his need for her.

After six years Laiken is still as isolated ever, and sees her sister again at a fabulous event hosted by her captors – shocked at the revelation that Kara and Dominic know each other. He’s kept his own secrets from her, but she’ll hear them from Kara, and they’ll devastate her.

She just may have been able to face her future with him, until her past comes bursting back in with a cold shoulder that she’ll never be able to lean on again. Where We Began ends in one hell of a cliff-hanger, but, don’t let it put you off. The next one isn’t far away, and it’s worth waiting for. 5 stars.

Codie Riddell
TOP 1000 REVIEWER
5.0 out of 5 stars adored it
Reviewed in Australia on 10 March 2018
I adore a well written dark romance and Where We Began was beyond well written. It created a storyline that is brilliant and characters that were intriguing, I absolutely loved Laiken and Dominic. This book was the type of book that was so captivating it is was impossible to put down, I cannot wait to start Where We Ended.
Read more
Helpful
Report abuse
See all reviews

LindalooKam
5.0 out of 5 stars Excellent book.
Reviewed in the United Kingdom on 7 August 2018
Verified Purchase
Really enjoying this Duet of books.
Loving Laiken and Dominic's story so far. Can't wait to see what the finale holds in store.
Read more
Report abuse

Katie Silvi
5.0 out of 5 stars Katie Silvi's 5 star review of Where We Began
Reviewed in the United States on 7 March 2018
Verified Purchase
Where We Began is such an amazing read. I love the characters and the world they live in. The circumstances both Laiken and Dominic are in are so raw and real. I couldn't help but be entranced by the both of them.

Where We Began, starts out with Laiken an innocent and carefree young girl. Faxed with her father's sins, Laiken decides she's the one who would carry the burden instead of her sister. A bargaining chip to keep her father in line.

Laiken is a scarred little girl taken from her home and her family. She's determined to return and never gives up hope.

Dominic, a boy who will do anything for his parents approval. He is drawn to Laiken the moment they meet.

Laiken and Dominic are instantly enamoured with one another and instantly become friends. Laiken is placed in a world she doesn't understand. Dominic helps her adjust, until he is basically forced to leave for military school.

Laiken tries to fight her attraction to Dominic. When she finally gives in, both their pasts come barreling towards the light. Can they both overcome their pasts? Can they forget and forgive? I can't wait to find out in Where We Ended.

Such a great read. Beautiful and fast paced. I loved every minute of this book.
Read more
3 people found this helpful
Report abuse

Lindsay Hartman
5.0 out of 5 stars Romeo & Juliet meets Beauty & the Beast
Reviewed in the United States on 7 March 2018
Verified Purchase
I’m not even sure where to begin with this book. I went into it knowing that it was the beginning of the duet and even had an early inkling of one of the big moments in the last chapters, but I was still floored by the way Nora Flite went about telling this story. I loved that she began when Laiken and Dominic were children so we could see their relationship from its innocent beginning. The torment in Dominic, when he returned as an adult, met its match in the peace and innocence that radiated from Laiken & I enjoyed the push and pull of their relationship as they discovered the people they had become. I also appreciated how the author gave me a greater understanding of the relationships Dominic had with his parents and how those relationships shaped him. After devouring the last few chapters and the hope they contained, the end of the book left me in turmoil, waiting impatiently for the next book so I could find out what happens next.
Read more
6 people found this helpful
Report abuse
See all reviews
Back to top
Get to Know Us
Make Money with Us
Let Us Help You
And don't forget:
© 1996-2021, Amazon.com, Inc. or its affiliates