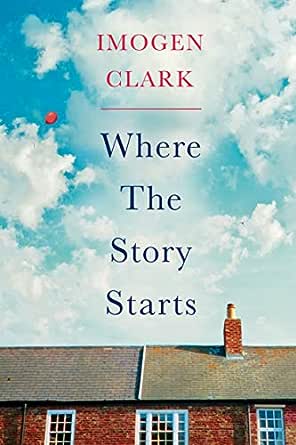 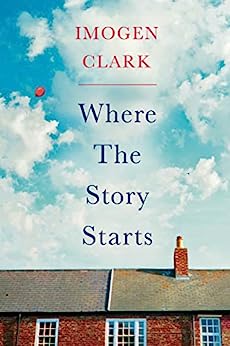 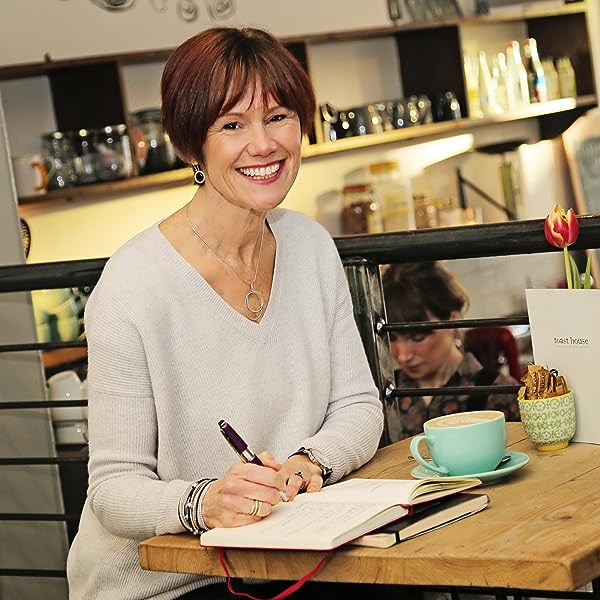 Where The Story Starts Kindle Edition

A strange encounter. An unlikely friendship. But will it survive when they both know the truth?

As single mother Leah struggles to get her children ready one morning, the doorbell rings. Standing on the doorstep of their terraced house in Whitley Bay is a well-dressed stranger, Clio, who feels an emotional tie to the house that she can’t explain. The story should end there, but a long-buried secret is already on its way to the surface…

In some ways the two women couldn’t be more different: Leah’s a mother of two and the daughter of a barmaid; Clio’s a perennially single heiress to her baroness mother’s estate. But where Leah lacks grown-up company, Clio lacks any experience of the real world, and the unlikely friendship sparked by their curious first meeting offers both of them a welcome respite from the routine of their lives.

It is a friendship that will answer questions neither of them knew to ask, uncovering secret stories from the past that have stayed hidden for decades. But will it also be the catalyst for them to finally feel that they belong?

Imogen Clark lives in Yorkshire, England, with her husband and children. Her first burning ambition was to be a solicitor, and so she read law at Manchester University and then worked for many years at a commercial law firm. After leaving her legal career behind to care for her children, Imogen turned to her second love--books. She returned to university, studying part-time while the children were at school, and was awarded a BA in English literature with first-class honours. Her first two novels, Postcards From a Stranger and The Thing About Clare, reached number one in both the UK and Australian Kindle charts. Imogen loves sunshine and travel and longs to live by the sea someday.

Sandy
TOP 500 REVIEWER
5.0 out of 5 stars A wonderfully woven story.
23 September 2019
Format: Kindle EditionVerified Purchase
Well to do Clio and working girl Leah become friends despite coming from totally different backgrounds. But what is it that compelled Clio seek out Leah in the first place?
A wonderfully woven story with lots of secrets, lies, and deception which can only lead to heartache.
Well written and entertaining from beginning to end; a real page turner for me.

avid reader23
5.0 out of 5 stars Wonderful read
31 May 2019
Format: Kindle EditionVerified Purchase
Another winner from this author. A great story, that kept me interested from start to finish. Love the storyline. Looking forward to her next book.
Read more
3 people found this helpful
Helpful
Comment Report abuse

Renee' Clare
TOP 500 REVIEWER
4.0 out of 5 stars Easy enjoyable reading
24 October 2019
Format: Kindle EditionVerified Purchase
I won't go into detail about the storyline of this wonderful read, as that is covered in the commentary in the kindle purchase.
There are 2 things that I want in a book. Firstly not wanting to put it down and secondly not wanting the book to end. This is the 3rd book I have form this author and all have met this criteria. The book is a simple pleasurable journey.

Kindle Customer
TOP 1000 REVIEWER
5.0 out of 5 stars A great read
5 November 2019
Format: Kindle EditionVerified Purchase
Loved this book. The storyline and the characters were so believable that i got caught up in it and did not want it to finish. It gripped me all the way through. I loved Imogen Clark's style of writing. Will definitely look out for her in future.
Read more
Helpful
Comment Report abuse

shelley
4.0 out of 5 stars 4.5 Stars
28 October 2019
Format: Kindle EditionVerified Purchase
An engaging book that paints the story of three women. All three women share a bond with the same man, yet they don't all know it. It's a story of grieving, moving forward and learning to absorb the lies of others to protect the ones you love.
Read more
Helpful
Comment Report abuse

Paula A Staples
5.0 out of 5 stars Hard to put down.
23 January 2020
Format: Kindle EditionVerified Purchase
A great storyline that moved along quickly. Very likeable and realistic characters. It was certainly hard to put down and the length of it makes it reasonably easy to read in one sitting. I found the introduction of the different characters a little bit difficult to follow initially, but it soon became easier.
Read more
One person found this helpful
Helpful
Comment Report abuse

Sonyasparkles
4.0 out of 5 stars A double deceitful life
20 November 2019
Format: Kindle EditionVerified Purchase
Very similar plot to ‘The Pilots Wife’. Was predictable or I’m just good at guessing plots (not the first time) still a good read and has book club questions at the back. It could raise a few issues worth discussing...a great holiday read
Read more
Helpful
Comment Report abuse
There are 25 customer reviews and 36 customer ratings.
See all 25 customer reviews
Write a customer review

Go to Amazon.com to see all 293 reviews 4.4 out of 5 stars
Get FREE delivery with Amazon Prime
Prime members enjoy FREE Delivery and exclusive access to movies, TV shows, music, Kindle e-books, Twitch Prime, and more.
> Get Started
Back to top
Get to Know Us
Make Money with Us
Let Us Help You
And don't forget:
© 1996-2020, Amazon.com, Inc. or its affiliates