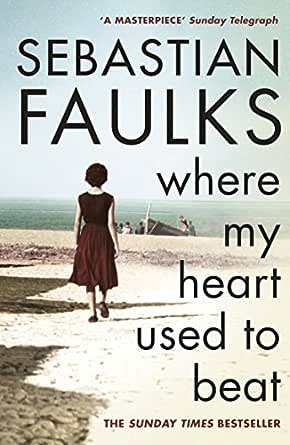 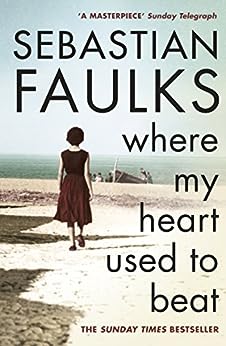 Where My Heart Used to Beat Kindle Edition

"An absorbing look at the intimate connection between love, war, and memory."--Kirkus (starred review)

"Faulks examines the vagaries of human nature when under siege, primarily through the eyes of Robert Hendricks . . . . whose experiences were harrowing on the one hand and joyous on the other--he met his one true love in Italy. Faulks is renowned and respected for his fresh approach to . . .combat's assault on the human psyche. Here. . .[d]espite everything he's experienced, [Hendricks] will not give up on the human race." --Publishers Weekly

"Faulks expertly crafts a harrowing portrait of Hendricks as a man defined by loss. . . . We hope for at least a measure of happiness for this man of sorrows, because Faulks has drawn us so persuasively and passionately into his struggles."--The Boston Globe

"The passages set in the trenches of Anzio in 1944 are as compelling and alive as anything he has written since Birdsong, his huge-selling 1993 novel about British tunnel-diggers at the Somme. The intricacies of war suit Faulks's love of research and his mastery of it - how to layer and find ornament in it, what German tanks to mention, what level of ignorance to assume on the part of his reader. And there's something about the everyday nearness of men being ripped apart by flying metal that raises Faulks's officer-class prose to its sharpest pitch." --The Guardian

"This is a profoundly moving novel. One of its themes is that man prides him/herself on being cerebrally more highly evolved than other animals, and yet even as recently as the 20th century, history has been strewn with man-made atrocities. In Hendricks, Faulks has created a man whose laudable aim to help others contrasts with his inability to take the action needed to help himself." --The Independent

"The work of a man ith an eerie mastery of the form in its modern, popular incarnation . . . This is a terrific novel, humming with ideas, knowing asides, shafts of sunlight, shouts of laughter and moments of almost unbearable tragedy."--The Telegraph

"It's in his . . . evocations of World War II that Faulks's writing is especially moving and exciting, thanks to a sure combination of historical description . . . and dialogue-rich camaraderie."--The New York Times Book Review

"Sebastian Faulks writes like a modern-day Hemingway. . . . [he] manages the amazing --- he takes this story and infuses a level of humor, romance and drama into it that transcends other such tales. . . . [Where My Heart Used to Beat] could be one of the best of all the lost-romance-of-the-war stories of all time, taking its place amidst Casablanca and The Sun Also Rises." --BookReporter

"Heartfelt and heartbreaking, insightful and inventive this is Sebastian Faulks at his best." --Bite the Book

"Beneath the beautifully depicted landscapes, the vivid images of war and the detailed research on psychiatry, underneath the layered characters, the exquisite turns of phrase and the engaging, rewarding plot, Faulks seems able to touch a core that very few authors can - studying, detailing and celebrating the human condition and relating that to the reader in a completely unique way." --The Bookbag

The new bestseller from the author of BIRDSONG and A WEEK IN DECEMBER.
See all Product description

Jim KABLE
TOP 50 REVIEWER
5.0 out of 5 stars Memories: recalled and sought
13 December 2015
Format: Kindle EditionVerified Purchase
There is something almost mesmerising in the way Sebastian Faulks writes - short sentences, the building of the image - the accretions, the layers - almost as if one might run one's fingers over the firm and feel its reality. But it's the detail - of places - of names that nails it as truthful - for me. La Spezia ( a city of orange trees lining the sidewalk for me back in January of 1977); Accrington - well, cousins live there. Others - and friends - studied at Bristol. I remember driving past Weston-super-Mare - thinking Roald DAHL and his gothic memoir Boy; of Nottingham where one of my great great grandmothers was born - her father Danny Doyle dying on the 5th of May in 1811 - a day of a minor skirmish against the French Forces at Fuentes de Oñoro in western Spain - under the command of the Duke of Wellington - and I was just two when my own father was killed (not in a war - but as a passenger in a car accident - and he used to carry me around, too - like Robert's father outlines in his letter - and I am even at this age - 66 - still trying to figure it all out. I think I can only say thank-you to the author - for the chance to continue confronting my own life via this story. This oh so believable tale!
Read more
Helpful
Comment Report abuse

Dodie
TOP 1000 REVIEWER
5.0 out of 5 stars Another brilliant Faulks story.
26 October 2015
Format: Kindle EditionVerified Purchase
I have been a fan of Sebastian Faulks since I read his first novel many years ago. He has a wonderful talent to take me right into his character's world. In this story he moves between world wars with ease. The impact of war on two generations is the background. In the foreground are two men from different cultures and life styles. Both of them have practiced psychiatry but in widely different ways. The younger of the two men knows little about his own father's war experiences but he learns more from the older man. The similarity of confronting choices soldiers make highlights the horror of war. There are very few women in the book. They provide some lighter moments.
The concept of Post Traumatic Stress is tossed into the conversation as an odd idea coming from USA even though it is obvious how PSTD has affected the men.

Michael
5.0 out of 5 stars What a book
22 November 2019
Format: Kindle EditionVerified Purchase
Yet another astonishingly good book from Sebastian Faulks. The feeling of melancholy that permeates the life of Robert Hendricks, of love found and never forgotten but never realised, makes the turning of every page an anticipation of emotions to come. I do love his writing...
Read more
Helpful
Comment Report abuse

Sue Hogg
5.0 out of 5 stars Deeply absorbing
16 August 2017
Format: Kindle EditionVerified Purchase
I deeply enjoyed this from beginning to end, his use of language and the way he seemlessly moves from one time and place to another whilst maintaining the flow, building images and getting right into the soul of the main protagonist. I was deeply immersed in this novel and at the end I felt very satisfied.
Birdsong is one of my all time favourite books, this this book is right up there with it.

Kangakid
5.0 out of 5 stars Thought provoking
4 December 2016
Format: Kindle EditionVerified Purchase
Nothing lightweight here. A deeply moving story of a man's journey of self discovery. The reader will continue to reflect on the nuances long after completing the novel.
Read more
Helpful
Comment Report abuse

Joanne
1.0 out of 5 stars One Star
25 November 2015
Format: Kindle EditionVerified Purchase
Not as good as other books he has written
Read more
Helpful
Comment Report abuse
See all 9 customer reviews
Write a customer review

Go to Amazon.com to see all 84 reviews 3.9 out of 5 stars
Get FREE delivery with Amazon Prime
Prime members enjoy FREE Delivery and exclusive access to movies, TV shows, music, Kindle e-books, Twitch Prime, and more.
> Get Started
Back to top
Get to Know Us
Make Money with Us
Let Us Help You
And don't forget:
© 1996-2020, Amazon.com, Inc. or its affiliates