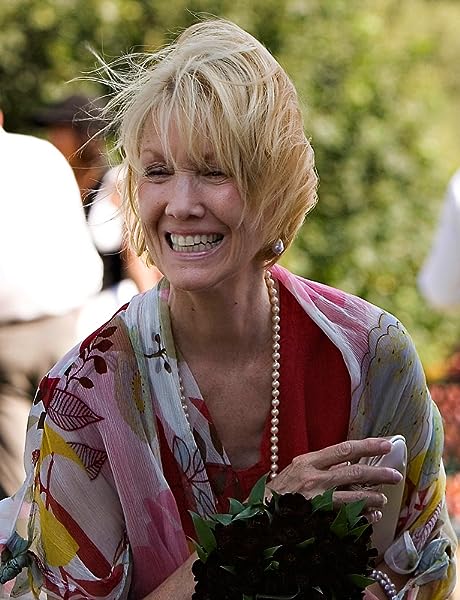 by Annette Andre (Author)
4.4 out of 5 stars 41 ratings
See all formats and editions
Sorry, there was a problem loading this page. Try again.

Start reading Where Have I Been All My Life?: A Memoir on your Kindle in under a minute.

“Where Have I Been All My Life?”

A Memoir by Annette Andr&eacute;

A professional ballet dancer at 15, she overcame a crippling illness to go on to become one of the most sought after actresses of the “Golden Age” of British Television. Starring in her own now classic series “Randall &amp; Hopkirk (Deceased),” she guest-starred with Roger Moore in more “Saint” episodes than any other actress, as well as in such classic series as “The Prisoner,” “The Avengers” and “The Persuaders.” Among her acclaimed motion pictures is the now legendary “A Funny Thing Happened On The Way To The Forum.” She also appeared in London's West End Theatre in a variety of well-reviewed plays.

She now lives in Southern California a stone’s throw from the ocean, and on the rim of a canyon teeming with wildlife, where Annette divides her time painting and broadcasting her “Letter From the Other Coast’ on Siren FM Radio.

She is still very active in supporting rights for all animals, and is a

Note from the author :

“Where Have I Been All My Life?”

I've gone through many anxieties in my life but none has rivaled the daily pain and trepidation I lived with during the seemingly endless eons it took to write my memoir.

I liken it to pregnancy, living with the joyful awareness that a life is stirring within you but also fearing the long road ahead pocked with unseen pitfalls.

Where to begin is the first mountain to conquer. Obviously, the pool of possibilities is overflowing but those first lines are critical to producing a reliable map that will guide you and the reader to a true likeness.

I've been blessed with a long and eventful life, one I'm happy to say has been mostly of my choosing. But therein lies the rub and the reward of tucking your life between covers; what is committed to print and what ends up on the cutting-room floor? The disappointment you feel when a romance that once burned with a third- degree is re-examined in the cold light of type and given a swift burial.

Yet for all of the above tribulations, I found myself reluctant to hand-over my manuscript for manufacture. All the doubts that the “baby” had been brought to full-term gave me night sweats — and still do. So, it's with baited-breath that I once again, as I did with the hardcover edition, love you and leave you with my life in new hands.

Kim Schroeder
5.0 out of 5 stars Splendid Autobiography!
Reviewed in the United Kingdom on 7 November 2018
Verified Purchase
Kudos to the last two reviewers of Annette Andre's autobiography! I agree with their comments wholeheartedly and would highly recommend her book to anyone out there reading this review! You can clearly see how she grows and develops as a person-and as an actress-as you go through the book with her-but not in a negative way-nor does she take the opportunity to dish the dirt like many so called "celebrity's" do nowadays-if you are looking for steamy tales and the tearing down of famous personalities of the past then do not read this book!! What I found all the more refreshing and enjoyable was the fact that -yes-she has worked with many leading and famous names of the stage and screen-but she never decried or revieled anyone just for the sake of it-as her book is written more as an "infomercial" if you will, into what it was like to work behind the scenes of film,TV and the Theatre in the late 50's,60's and 70's! Great stuff-and I continue to be a fan of Miss Andre to this very day and am so happy she has found contentment and happiness in her life as of time of writing her terrific and highly recommended autobiography!
Read more
10 people found this helpful
Report abuse

peter s.
5.0 out of 5 stars that this book is available!
Reviewed in the United Kingdom on 3 November 2018
Verified Purchase
any review can only be a personal one. i dont usually do them. i havent time to read this from cover to cover but what i can say is that this book-as well as the impressive cast credits at the end, covers the period of annettes life from very early to late on in her career with plenty of-i think-well chosen photos ( b/w and colour). the cover portrait is charming and finally it is no bad thing to have sir roger moore and kenneth cope in your corner! in my opinion it helps that the saint and randall and hopkirk tv series are being shown regularly and i hope it helps promote this book.
kind regards
peter.
Read more
8 people found this helpful
Report abuse

Shows how hard an actors life can be and how hard you have to work to make it - plus a fair bit of luck.
Read more
2 people found this helpful
Report abuse

B P SEAR
5.0 out of 5 stars An actors life
Reviewed in the United Kingdom on 21 July 2019
Verified Purchase
Living life on a whim and a prayer moving from job to job, a fascinating insight to an actors life as she begining her career and grows as a person.
Covering Annette's work from Stage, Film and Tv and working with some legends alone the way, From Roger Moore to Richard Harris and many, many more.

I read it from cover to cover in only three days.
Read more
3 people found this helpful
Report abuse
See all reviews
Back to top
Get to Know Us
Make Money with Us
Let Us Help You
And don't forget:
© 1996-2021, Amazon.com, Inc. or its affiliates