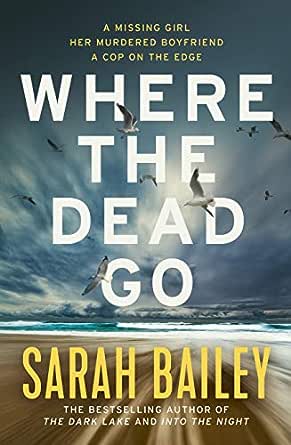 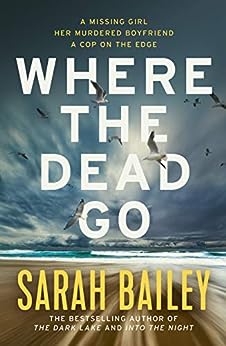 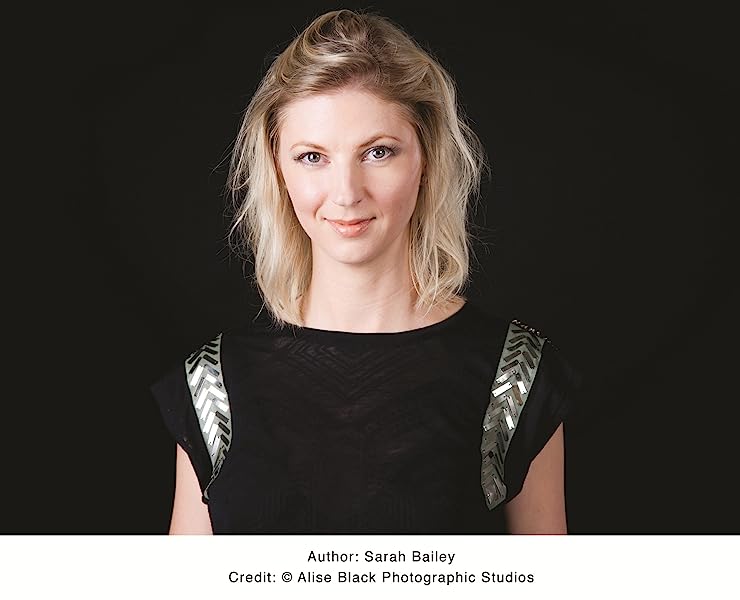 Where the Dead Go Kindle Edition

A missing girl. Her murdered boyfriend. A cop on the edge.

Every bit as addictive and suspenseful as The Dark Lake . . . Sarah Bailey's writing is both keenly insightful and wholly engrossing, weaving intriguing and multi-layered plots combined with complicated and compelling characters.' The Booktopian

A fifteen-year-old girl has gone missing after a party in the middle of the night. The following morning her boyfriend is found brutally murdered in his home. Was the girl responsible for the murder, or is she also a victim of the killer? But who would want two teenagers dead?

The aftermath of a personal tragedy finds police detective Gemma Woodstock in the coastal town of Fairhaven with her son Ben in tow. She has begged to be part of a murder investigation so she can bury herself in work rather than taking the time to grieve and figure out how to handle the next stage of her life - she now has serious family responsibilities she can no longer avoid. But Gemma also has ghosts she must lay to rest.

Gemma searches for answers, while navigating her son's grief and trying to overcome the hostility of her new colleagues. As the mystery deepens and old tensions and secrets come to light, Gemma is increasingly haunted by a similar missing persons case she worked on not long before. A case that ended in tragedy and made her question her instincts as a cop. Can she trust herself again?

A riveting thriller by the author of the international bestseller The Dark Lake, winner of both the Ned Kelly Award and the Sisters in Crime Davitt Award for a debut crime novel.
See all Product description

Gracie
4.0 out of 5 stars More by this author please!
10 October 2019
Format: Kindle EditionVerified Purchase
Although I guessed pretty early who the killer was and why this time, I very much enjoyed another instalment in the life of Det Gemma. Having read all 3 on the trot (I tried to pace myself, but couldn't) I am now at a loss for a good read
Read more
Helpful
Comment Report abuse

Fiona
5.0 out of 5 stars A great read
10 November 2019
Format: Kindle EditionVerified Purchase
A new author for me and having now read the three Gemma novels can say that I'm hooked. Loved that they're set in Oz. Real page turners with twists to keep you guessing. I'm waiting now for the next one ...
Read more
Helpful
Comment Report abuse

Jade Symonds
4.0 out of 5 stars Another brilliant effort from Sarah Bailey!
30 August 2019
Format: Kindle EditionVerified Purchase
Such a joy to get back into Gemma’s headspace ! Thoroughly enjoyed this - as usual!
Read more
Helpful
Comment Report abuse

Rachel McKitterick
TOP 500 REVIEWER
3.0 out of 5 stars Must read the first books in the series before this one.
12 August 2019
Format: Kindle Edition
*thank you to Allen & Unwin for an ARC of this book*

2.5 stars (but I'm rounding it up to 3 stars since Goodreads doesn't do half star ratings.)

I was pretty confuses at the beginning of this story. I realised that it was probably because this is book three in the series and I had not read the first two. It took me quite a while to figure out who was who and establish a connection with each character. I did have to re-read a lot of the first few chapters as parts didn't make sense to me. But once I got further into the story, characters and events fell into place a bit more and it became an easier read. I believe that if you are wanting to read this book, then reading the first two first, would be best, if not important, as this book seems to start already in the middle of events.

Because of this lack of connection to the characters, that held on throughout the whole book and made it very hard to really get into the story as deeply as I am use to. I struggled through it for this reason but I could still tell that if I had of read the first two books, then this would have been given more stars from me. Maybe someday I'll go back and read this whole series from start to finish.  It is not really, in my opinion, a series that seems to be able to jump in with at any stage like some series you are able to. But I am trying to put all of that aside and focus on the other points of this book.

I felt that the ending wasn't such a surprise for me. It felt a bit flat. I had a gut feeling from near the start of the story, who to focus on as the real suspect. While there were a couple obvious clues, there was still some I hadn't thought of. I still did like the path the author, Sarah Bailey, took us down. I liked Ben probably the most. He is DS Gemma Woodstock's son. The other characters I could give or take but I would like to read another book about Gemma as I did like her too.

I am definitely in the minority with this book. So obviously it's more that this wasn't for me than this being a bad story. Because it's really not bad. I just made the mistake of thinking it was one I could jump into and have the characters background and history explained to me a bit more than it was. So for that reason, I would recommend this but I would have to say that you really do need to read the first books in this series before starting this one. I also have to add that I really like the cover for this. The colours are spot on and the illustrations and placing of the words are eye catching.

I wish this book all the best.

Kylie D
TOP 50 REVIEWER
4.0 out of 5 stars An intricately Woven Thriller
5 August 2019
Format: Paperback
I hadn't read any of Sarah Bailey's previous works in this series, so wasn't sure what to expect, but I had read good reviews, and happily this book lived up to them. I did feel I was missing out a bit without having the previous character development, but in the end this didn't detract from the story too much.

We have a fifteen year old girl going missing from a small town in northern New South Wales, then the next day her boyfriend is murdered. Enter Detective Gemma Woodstock, fresh from a family tragedy, and with her young son in tow. Gemma needs to get her head around recent personal events, and decides getting stuck into work is the best option (though whether it's the best option for her son seems to be irrelevant to her).

The similarities between this case and one that had tragic consequences seem to haunt Gemma, as she tries to figure out the truth from all the lies she's being told. She forges forward, with the seemingly reluctant help of the local police force, only to find the truth evasive, and an escalating threat to herself and her son.

I did enjoy this book, though the plotlines didn't really feel too realistic to me at times. However the characters made up for it, their interactions showing their flawed personalities well. I enjoyed the journey that Sarah Bailey set for us, slowly unveiling the truth, and it had me turning the pages well into the night. All lovers of intricately woven crime thrillers will like this book.

My thanks to Allen & Unwin for an uncorrected proof to read and review. The opinions are entirely my own.
Read more
Helpful
Comment Report abuse

Mandy White
TOP 50 REVIEWER
5.0 out of 5 stars Fantastic series
13 August 2019
Format: Paperback
All the stars!! I am a big fan of this series by Sarah Bailey and couldn't get hold a copy of this book fast enough. From the very beginning I was hooked and just wanted to keep reading it. This is the third book featuring Gemma Woodstock and I hope to see book 4 sooner rather than later.

In Where The Dead Go Gemma is dealing with a personal tragedy and is very very lost. When the chance to get out of town and work a case in the coastal town of Fairhaven she jumps at the chance. Throwing herself into work and getting away from her new reality is just what she needs. She takes her son Ben with her. The case is very similar to a previous case she worked that unfortunately didn't end well. A 15 year old girl has gone missing after a party one night. The next morning her boyfriend is found murdered in his home. Are the cases connected? Where is the girl? Can Gemma find her alive?

I love the character of Gemma. She is strong, determined and willing to do whatever it takes to solve the case. Her personal life is a mess and she has trust issues. But she loves her son more than anything and wants the best for him. Her job makes being a mother tough but she is not alone. She does struggle with letting people get close to her. I hope that she will find some happiness one day soon, if anybody deserves it she does.
Read more
Helpful
Comment Report abuse
There are 7 customer reviews and 11 customer ratings.
See all 7 customer reviews
Write a customer review

Go to Amazon.com to see all 2 reviews 2.5 out of 5 stars
Get FREE delivery with Amazon Prime
Prime members enjoy FREE Delivery and exclusive access to movies, TV shows, music, Kindle e-books, Twitch Prime, and more.
> Get Started
Back to top
Get to Know Us
Make Money with Us
Let Us Help You
And don't forget:
© 1996-2020, Amazon.com, Inc. or its affiliates