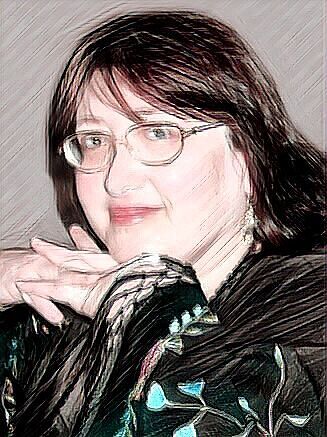 by C S Friedman (Author)
4.6 out of 5 stars 188 ratings
See all formats and editions
Sorry, there was a problem loading this page. Try again.
Blending science fiction and fantasy, the second book of the Coldfire Trilogy continues a dark tale of an alien world where nightmares are made manifest. Two men, absolute enemies, must unite to conquer an evil greater than anything their world has ever known. One is a warrior priest ready to sacrifice anything and everything for the cause of humanity's progress; the other, a sorcerer who has survived for countless centuries by a total submission to evil. In their joint quest, both will be irrevocably changed. When True Night Falls is the sequel to C. S. Friedman's acclaimed Black Sun Rising.
Read more
Previous page
Next page

PRAISE FOR THE COLDFIRE TRILOGY: Stunning...A feast for those who like their fantasies dark, and as emotionally heady as a rich, red wine. --Locus Readers will be enthralled. --Publishers Weekly The creative genius of C. S. Friedman burns brightly with the publication of her stunning new novel, blending elements of science fiction and fantasy into an extraordinary reading experience. --Rave Reviews Complex and compelling ... The richly detailed setting and strong supporting characters give substance to a tale that explores the consequences of embracing evil in hopes of achieving its redemption. A priority purchase. --Library Journal Some of the best writing I have seen in quite a while, and the ending is excellent. Buy this one. Don't wait for it to come out in paperback. Very highly recommended. --Science Fiction Review A good mystery wrapped in an adventure story and set against an original and often fascinating background. --Science Fiction Chronicle Epic fantasy with a keen, dark edge ... shows off Friedman's gifts of craft and authorial insight. --South Bend Tribune Words do not suffice to describe the sheer imaginative genius, not to mention incredible power, of Ms. Friedman's formidable storytelling gift--you simply have to experience it. --Romantic Times Hard to put down. --Midwest Book Review

An acknowledged master of Dark Fantasy, Celia Friedman is a John W. Campbell award finalist, and the author of the highly acclaimed Coldfire Trilogy, New York Times Notable Book of the Year This Alien Shore, In Conquest Born, The Madness Season, The Wilding and The Magister Trilogy. Ms. Friedman worked for twenty years as a professional costume designer, but retired from that career in 1996 to focus on her writing. She lives in Virginia, and can be contacted via her website, www.csfriedman.com.
Start reading When True Night Falls: The Coldfire Trilogy: Book Two on your Kindle in under a minute.

Born in New York City in 1957, Celia S. Friedman inherited the writing bug from her father, technical writer Herbert Friedman, and has been putting pen to paper since she learned how to read. At age 12 she discovered science fiction and realized it was the ultimate form of literature in the universe; she has been writing science fiction and fantasy ever since then.

Celia's original career as a theatrical costume designer left little time for writing, but she managed to sandwich in enough work between dress rehearsals and university teaching positions to put together her first novel, IN CONQUEST BORN, which she sold to DAW Books in 1985. By 1996 she had become successful enough as a novelist that she decided to quit her job as costume designer and write full-time. She has never looked back.

To date Celia has published 14 novels, including the highly acclaimed Coldfire Trilogy (BLACK SUN RISING, WHEN TRUE NIGHT FALLS, CROWN OF SHADOWS) and the groundbreaking science fiction novel THIS ALIEN SHORE, which was a New York Time Notable Book of the Year. Her most recent novel, THIS VIRTUAL NIGHT, was included in Newsweek's list of "25 Must-Read Books to Escape the Chaos of 2020". THE DREAMING KIND is her first short story collection.

Celia lives in Northern Virginia with two very spoiled cats who insist on helping with the typing. If you find any typos in her books, blame it on them. In her spare time she LARPs, plays with molten glass, and hangs out with the Society for Creative Anachronism.

4.6 out of 5 stars
4.6 out of 5
188 global ratings
How are ratings calculated?
To calculate the overall star rating and percentage breakdown by star, we don’t use a simple average. Instead, our system considers things like how recent a review is and if the reviewer bought the item on Amazon. It also analyses reviews to verify trustworthiness.

Amazon Customer
5.0 out of 5 stars Perfect replacement
Reviewed in the United Kingdom on 9 April 2017
Verified Purchase
An amazing series - I broke the original books my husband had and he loved the series so much I had to replace them. It was in perfect condition and having now read them I loved the series
Read more
2 people found this helpful
Report abuse

Robin Arsenault
4.0 out of 5 stars Kindle edition rife with content errors
Reviewed in Canada on 23 May 2019
Verified Purchase
The book itself is fantastic, but the publisher got lazy with the kindle edition. There are several recurring content errors that suggest they used scanning and word recognition software to convert it. There are repeated typos where two letters look just enough like the single correct letter in certain fonts, mistakes a person wouldn't make that consistently, like ralch where it should be rakh (over and over again...) or Eighfiteen as a chapter heading. I understand the need for that technology on older releases but for pity's sake, check it for content before you release the digital edition. The constant errors really break immersion and make it a far less enjoyable read. Add to that the fact you leave it up to readers to be your editors and report the errors, I mean...pay us maybe?
Read more
Report abuse

Alessandro Q.
5.0 out of 5 stars Wonderful trilogy
Reviewed in Italy on 16 October 2014
Verified Purchase
This is the second book of a trilogy published some years ago: the Coldifre Trilogy. It is a very interesting fantasy, different form other fantasy, in particular about the villain... A villain, sure, but the reader will understand his behavour page after page until to discover the true essence of his personality.
Read more
Report abuse
See all reviews
Back to top
Get to Know Us
Make Money with Us
Let Us Help You
And don't forget:
© 1996-2021, Amazon.com, Inc. or its affiliates