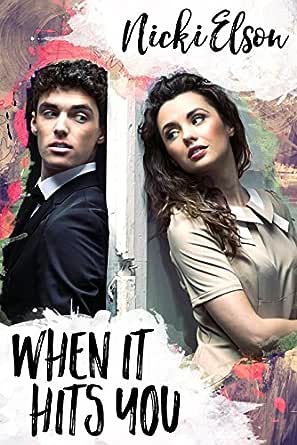 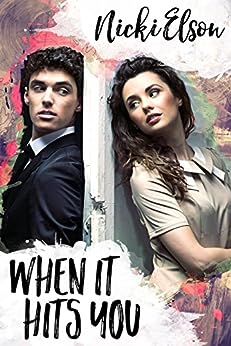 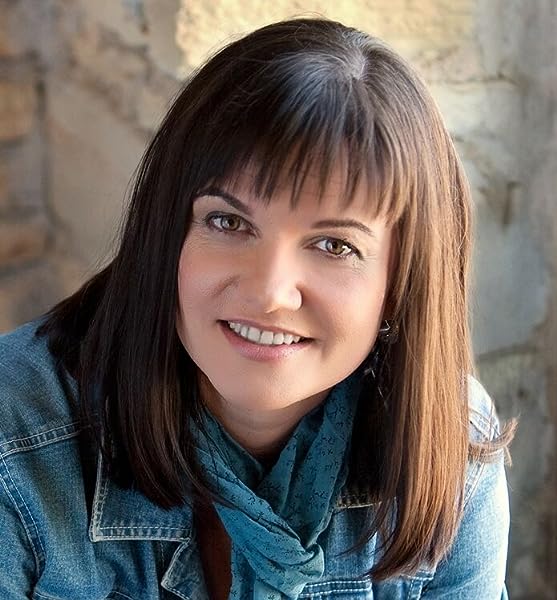 When It Hits You (The It Series Book 1) Kindle Edition

Jennifer Lane
5.0 out of 5 stars Funny, Heartwarming Romance
Reviewed in the United States on 26 January 2017
Verified Purchase
Nicki Elson has a talent for writing humorous, engaging characters, and Lyssa Bates is my favorite so far. Lyssa’s an investment analyst in her twenties who dates a cute, skinny nerd named Keith.

He was a runner and also dabbled in martial arts and whatever else was the current rage in nerd culture.

Meanwhile, Lyssa get assigned to an important account at work: Project Pineapple. Heading the team is the gorgeous Hayden King. He’s a rising star in the company, confident and competent. He’s curious about Lyssa, but she seriously doubts his interest in her.

He nodded and squinted. “This lighting’s pretty dim. I’m having trouble seeing my choices—do you have that flashlight handy?” His handsome features stayed perfectly composed as he narrowed his eyes further and tilted his head to the side. “Can I borrow it for a sec?”

Lyssa stared at him, hard, and didn’t say a word. Flicking his eyes up, he held her gaze while the corners of his mouth twitched.

He shrugged. “Not as much as you apparently plan on having later.”

Lyssa disdains the plentiful women Hayden seems to attract. After one of his trysts, they chat.

”That woman has a butt that won’t quit.”

Lyssa wrinkled her face. “What exactly does that expression even mean? A butt that won’t quit? Think about the primary function of an butt—I’d think that’s the sort of thing you might want to quit.”

Lyssa’s sister is rather snooty, but Lyssa dishes it right back:

”How’s the big bad city treating you,” Jessica asked, pulling back and holding her hand to her sister’s face, running a thumb over her cheek. “Yikes, all those exhaust fumes are hell on the pores, I see.”

“The city’s great, Jess. Too bad you never got a chance to live there.”

“Well, some of us move on with our lives and can’t stay stuck in the party-party atmosphere of the college years forever.”

“True. And some of us feel the need to experience life before bending to the will of an arcane society.”

I could feel the romantic tension building between Lyssa and Hayden, but it’s tough for her to see. When the idea arises of Hayden dating Lyssa’s friend Trish, Lyssa tries to be okay with it.

He pursed his lips. “Normally this is something I’d be all over, but I haven’t been feeling normal lately.” He leveled his eyes at her.

“Is this something you should talk to your gynecologist about?” Lyssa asked.

He grinned. “You’re extra sassy today, which means you’re using humor to divert your discomfort. I think maybe you’re not as okay with this as you claim to be.”

This story had me beaming and cheering at the end. HIGHLY recommended!
Read more
One person found this helpful
Report abuse

Brenda Caught in a Book
3.0 out of 5 stars Okay book, but...
Reviewed in the United States on 29 April 2017
Verified Purchase
When It Hits You is the first book I've read by Nicki Elson. The story follows Lyssa as she goes from dating Keith a programmer to breaking up over her obsession with her b.o.b. and then some. Reading the description I thought it would be interesting and a bit of a romantic comedy. That isn't how I felt when reading. Vibbrizzio was a bit over the top and overdone. More annoying than anything, and it took away from the story.

I did like Hayden, her co-worker. He was a great character that really progressed as the story went. The middle meandered a bit, but he was the highlight.
Read more
4 people found this helpful
Report abuse

JW
5.0 out of 5 stars Uplifting, funny and a very enjoyable read.
Reviewed in the United States on 13 February 2017
Verified Purchase
Here I am in the snowy Northeast just getting one snow storm after another. I got an email about reviewing books and this book was one of the titles. This book really lifted my spirits, made me chuckle and laugh and it just brightened my day. Lyssa is one of the main characters and she has a boyfriend, named Keith. She also has a Vibrizzio. While her and Keith were making love she reached into her night stand to get her vibrizzio and he asked what she was doing. She told him she thought the vibrizzio would get her there and then he could finish the job. He was not impressed but I loved it. He finally gave her an ultimatum and she chose to break up with him. He just couldn't imagine she would choose her vibrator over him.
She works with Haydon and he is a hunk of a man and they went on a business trip together. Her overnight bag had to be searched and she tried to get Hayden to go get on the plane but he stayed right there. He saw the vibrator and didn't say anything but she knew he saw it. Lyssa and Hayden go on many business trips and works together. They seem to be doing this dance, skirting the issue of will they or won't they. I was back and forth of whether they would or they wouldn't. It was a subject that I hadn't given much thought to before it could be fun in my own life.
It is a book that lifted my spirits and brought me a few days of sunshine on very snowy days. I saw the book in an email but when I came to Amazon I saw I could buy it for only $.99 so I downloaded it before finding out if I would be chosen to be a reviewer. It was one of the best books I have read in a long time. I highly recommend this book. I am off to download the other ones.
Read more
One person found this helpful
Report abuse

Esther at Haddie's Haven
5.0 out of 5 stars Can I keep Hayden?!! ❤❤
Reviewed in the United States on 6 April 2017
Verified Purchase
Aahh! Took me a while, but I finally found some free time outside of my regular reading ARCs for review time, and boom! Massively in love with this story. Maybe I should gave started reading with this book, but it wasn't out until recently. I like the current title better than the original, just saying. Love Hayden!!
Read more
One person found this helpful
Report abuse

Kindle Customer
4.0 out of 5 stars Excellent job
Reviewed in the United States on 18 February 2018
Verified Purchase
This was a sweet love story. I am glad that they got their happy ever after ending. I will continue to follow this author.
Read more
Report abuse
See all reviews
Get FREE delivery with Amazon Prime
Prime members enjoy FREE Delivery and exclusive access to movies, TV shows, music, Kindle e-books, Twitch Prime, and more.
> Get Started
Back to top
Get to Know Us
Make Money with Us
Let Us Help You
And don't forget:
© 1996-2020, Amazon.com, Inc. or its affiliates