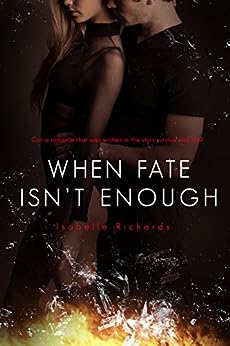 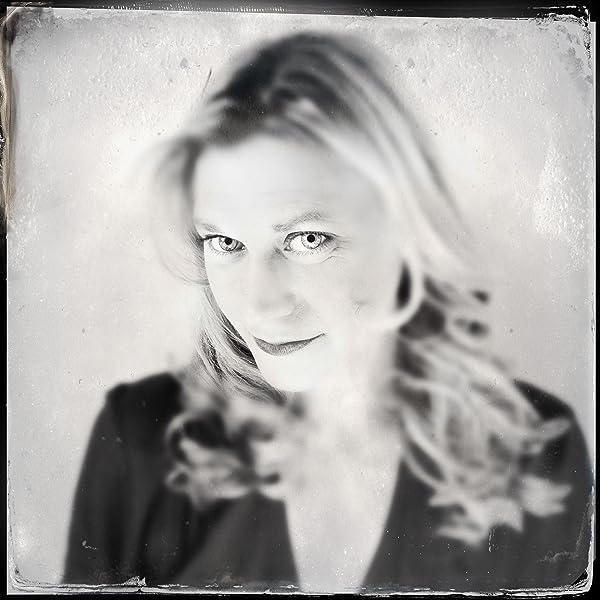 by Isabelle Richards (Author) Format: Kindle Edition
See all formats and editions
Sorry, there was a problem loading this page. Try again.
Can a romance that was written in the stars survive real life? Lily Clark and Gavin Edwards met when their lives collided in a crazy twist of fate. Their relationship started amidst chaos, fraught with danger, passion, and love. Building a life together will take more than destiny, especially when ghosts from their pasts try to tear them apart.
Needing a fresh start, Lily decides to escape her life in Washington, DC, and join Gavin in London. Her trust and faith, which have never come easily, will be put to the test now that she and Gavin are living under the same roof.
To make matters worse, trouble finds Lily wherever she goes. She thought she’d rid herself of her late husband’s demons, but she soon learns that when you make a deal with the devil, he often comes back to up the ante. Can she let Gavin in, or will she continue to fight her battles alone? Find out what happens When Fate Isn’t Enough.

Isabelle Richards spent years as a speech writer before attempting to write fiction. An avid reader of all genres, Isabelle is drawn to romance novels as they provide an escape from daily life. Through her complex cast of characters, Isabelle creates a sanctuary for readers to dive into for a break from reality.

When she is not writing, Isabelle works as an advocate for persons with disabilities in Washington, DC. Her two yellow labs are her writing partners, although they frequently sleep on the job.

4.8 out of 5 stars
4.8 out of 5
43 global ratings
How are ratings calculated?
To calculate the overall star rating and percentage breakdown by star, we don’t use a simple average. Instead, our system considers things like how recent a review is and if the reviewer bought the item on Amazon. It also analyses reviews to verify trustworthiness.

Louise McKie
5.0 out of 5 stars Is fate enough?
Reviewed in the United Kingdom on 3 May 2015
Verified Purchase
I started this immediately after finishing book 1.
I absolutely love series books, I can fall in love with the characters and really enjoy them.
This book carries on from where book 1 leaves us. With Lily travelling to London to spend some time with Gavin and wondering if she has made the right decision.
She falls into London life assuming she is now safe from her late husbands demons.
She was wrong.........................................
This book was full of twists and turns and suspense in bucket loads. It had me on the edge of my seat sometimes.
The ending OMG the ending, it ends in a spectacular cliffhanger which if like me you know the author will have you telling her you hate her!!
Once you have read this one pick up book 3 straight away. Well when its released lol.
Read more
Report abuse

January
5.0 out of 5 stars OMG
Reviewed in Canada on 24 March 2015
Verified Purchase
I loved this book! Well the whole series so far. The ending made me so mad but I know there story can't end like that! Im so excited for May!! The love they have for one another sucks you in and the danger keeps on the edge of your seat.
Read more
Report abuse

Amazon Customer
5.0 out of 5 stars 5stars
Reviewed in Canada on 15 June 2015
Verified Purchase
Oh my goodness what an ending ...At the point I am unsure what to write for a review because I am seriously speechless
Read more
Report abuse

E. Maynard
5.0 out of 5 stars I'm embarrassed by how much I love this series....
Reviewed in the United States on 13 July 2015
Verified Purchase
I read When Fates Collide back in January, and absolutely loved every second of it. At the conclusion of that tale, our heroine Lily was boarding a plane to London with Gavin, our way-to-good-to-be-true hero. If you haven’t read this book, dude, seriously, stop reading this review and go read that first. It’s nine shades of awesome. Also, I’ll be mentioning key events that happened in the first book shortly that will spoil you if you haven’t already read it.

In When Fates Collide, Lily narrowly escaped certain death by engineering a deal with both the Mafia and a South American cartel that her husband Ash had involved himself in. He had stolen a large sum of money from them, and they were convinced that she knew where it was. Problem was, she didn’t. It took much investigating and Lily had to take a pretty severe beating, but she located Ash’s hiding place for the cash. Thanks to her connections she was able to return the money (in exchange for her life) and pull the wool over the eyes of the FBI so convincingly that the cartel was comfortable. In the end she was confident that her story was air tight enough that she wouldn’t have to live looking over her shoulder. With Ash’s nasty business was finally put to rest, Lily faced her new life, free to be with Gavin.
There’s a lot more to it than that, but that’s the gist of the story.
The question in the blurb above is “Can their love survive real life?” and it is real life that you get a dose of in this story. Once they arrive in London, Lily feels safe enough to tell Gavin the whole story of the last several months. A good bit of it he was left in the dark for, for his own safety. Now they think they have left all of that behind them, and Lily proceeds to find her fit in Gavin’s life, meeting his friends and family. Life is good; her best friend Emily comes over and the entire group hits it off. But, there is drama in everyone’s life, and Gavin is not immune. Lily has a run in with Olivia, an old family friend and former assistant of Gavin’s. This chick is totally crackers, and the voices in her head have told her that Gavin is supposed to be hers. She caused some trouble in the first book, which led to Gavin firing her from the company, but for unknown reasons (you find out later) he just won’t cut her out of his life. At this point Lily is still very much insecure about her and Gavin’s ability to stay together, so Olivia’s meddling does bear some rotten fruit between them. Olivia’s got the luck of the devil, and her drama comes at a time when Lily’s past intrudes again.

I mentioned that Lily had to pull the wool over the eyes of the FBI to placate the cartel - that included the agent that became one of her best friends, Max. No sooner than Lily got out of the country Max went deep undercover on a mission to investigate the same cartel that Lily had to deal with. She gets word from multiple sources that Max’s work is causing some of the higher up’s to become uncomfortable. Cartels do NOT like loose ends, and it was only her ability to talk fast that got her out by the skin of her teeth. Max is about a hair away from being found in a dumpster. To save him, and herself by proxy, Lily jumps a plane back to the States.

There is a LOT that happens in this book, so don’t think that just because this is the middle book to the series that it’s mostly filler. The story to the point that I have illustrated is only at the beginning; there is plenty more to come. You can be sure that Lily’s past is not through with her yet.

A few points that I have to mention:

Gavin: Oh, man, do I ever love Gavin. Dude is just too good to be true. And even though I just said that, I also have to say this: Gavin is occasionally a moody punk, and more than once we are treated to his need for a Midol dart. He’s got this complex about saving people, and feels overly guilty for things that he can’t control. When he feels stressed and guilty he takes it out on people around him, just as many people do. I was honestly surprised that Lily took the approach that she did instead of calling him out on it. So although he does come off as this perfect in every way character, he does have flaws. For the most part everything about him is endearing, but his mood swings make you want to beat him senseless. (Don’t worry, he straightens himself out :) )

Emily: Emily is Lily’s bff, and one doozy of a character all on her own. She has an interesting approach to romantic relationships - she doesn’t do them - and she makes that clear up front with any potential lovers she may have. It’s rare to see a woman doing the no strings attached thing so well. The string of broken hearts she leaves behind her is legendary. The only real loyalty to another person that she has in her life is to Lily. She feels some repercussions of her romantic policies in this story, but I have to wonder what the deeper reason is for why she is how she is. She and Max have a storyline that could easily make a novel of their own.

And finally Lily: I just love her as a character. I love her humor, and the way she looks at things. I love her ice cream obsession and her smart mouth. It makes me nuts how she thinks she has to take the whole world on her shoulders, but only because I know I do the same thing myself. She is not lacking in bravery, and sometimes sheer dumb luck is the only thing keeping her alive. Sometimes I just want to grab her and shake her, other times I want to give her a high five. I love her and Gavin together, how they play off of each other.

I love how the writing is so fast paced and how it flows - there is no part in this entire series where you are wishing things would move along faster.

I’m gonna stop now, before I embarrass myself any further - I think you may have guessed that I loved this book. I’m sure you’ve heard by now, but the ending is a major cliffhanger.

What a frigging cliffie, I am so glad I had the next book or I may have lost my mind.