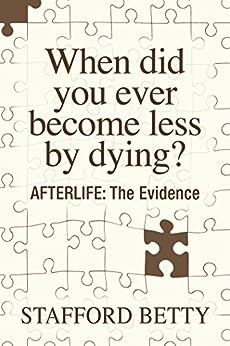 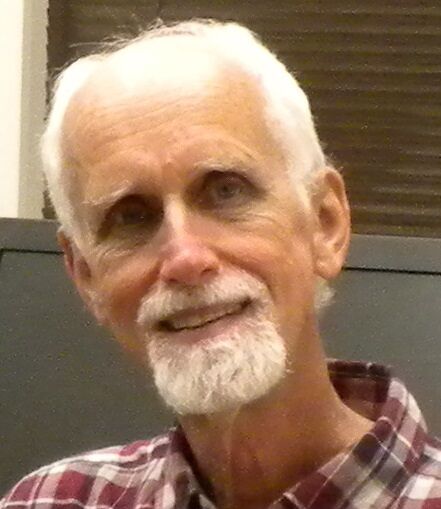 When Did You Ever Become Less By Dying? AFTERLIFE: The Evidence Kindle Edition

by Stafford Betty (Author) Format: Kindle Edition
See all formats and editions
Sorry, there was a problem loading this page. Try again.
In this book Professor Stafford Betty pulls together the best evidences for survival of death. The very best, he maintains, come from psychical research. The near-death experience, deathbed visions, reincarnational memories of children, communication from the so-called dead through mediums, apparitions, poltergeists, spirits that reach out to us through electronic instruments, spirits that attach themselves to our bodies, and episodes of terminal lucidity in Alzheimer’s patients are all included.

But philosophy has a lot to say as well. In simple terms Betty lays out the evidence against reductive materialism that claims all our experience is generated by the brain and that we perish at death. Viewing the brain as an instrument put to good use by the immaterial self is much more consistent with the evidence.

Finally, he surveys the universal affirmation by the world’s religions that we survive death.

Betty brings together memorable examples and careful analysis of each type of evidence. Each type is imposing enough by itself, but taken together they build a case for survival of death that is insurmountable. He shows that life after death, as mysterious as it is, should no longer be regarded as a hypothesis, but, like dark matter, a fact.

Stafford Betty is an afterlife researcher and novelist. His latest book, The Afterlife Therapist (2020), is a novel set in the afterlife and brings to vivid life his research. His nonfiction books include The Afterlife Unveiled (2011), Heaven and Hell Unveiled (2014), and When Did You Ever Become Less by Dying? Afterlife: The Evidence (2016). His historical novel Thomas (1998), the story of the Apostle Thomas’ travels in India, was published by Penguin India as a Penguin Original. Jeffrey Mishlove has featured him five times on his New Thinking Allowed series, available on YouTube. He has given radio interviews all over the world, most recently on Coast to Coast AM. He has just retired from a teaching career at California State University, Bakersfield. His Ph.D. came from Fordham, where he concentrated on Asian religious thought and gained a reputation as a Sanskrit scholar. He is married with five children.

Madevu
5.0 out of 5 stars A must read!
Reviewed in Australia on 6 December 2020
Verified Purchase
A comprehensive and well argued case for the afterlife and the true nature of our reality. It is highly recommended...
Read more
Helpful
Report abuse
See all reviews

AJ
5.0 out of 5 stars Another excellent book by the author
Reviewed in the United Kingdom on 28 August 2016
Verified Purchase
Another excellent book by the author.
More than enough separate strands of evidence that all present a unified depiction of what very likely awaits us after our physical death.
An agreeable writing style that's relaxed & friendly, encompassing science, theology & philosophy.

Even the most sceptical would find it hard to discount much of the veridical evidence presented here - and there is a wealth of it too!

Btw as with most of the books I buy on this field, the focus is on evidence and science - not god bothering or bible bashing!!!
Read more
7 people found this helpful
Report abuse

Amazon Customer
4.0 out of 5 stars Heavy going but good
Reviewed in the United Kingdom on 28 December 2019
Verified Purchase
I'm about 3/4 of the way through this book now. I have the paperback copy. I have to say that it's quite heavy going and I wish I had more brain power to fully enjoy it. I love what it's telling me - but - there's so much evidence packed in to it that backs up two or three or even four sides of each argument that I'm not really capable of fully acknowledging what I'm reading. I think for a serious reader of this type of book you would find it amazing. It's definitely worth a go.
Read more
One person found this helpful
Report abuse

al baby
5.0 out of 5 stars Excellent in every Way.
Reviewed in the United Kingdom on 16 May 2019
Verified Purchase
The book arrived ahead of schedule and was well packaged. The book itself is first class. Written in an easy manner but clearly very scholarly and well researched. Prof Betty is an engaging character and this comes over in this book.
I have no hesitation in recommending this book and this seller.
Read more
One person found this helpful
Report abuse

Louise M.
5.0 out of 5 stars Inspiring and healing for those afread of death
Reviewed in Canada on 10 September 2017
Verified Purchase
It confirms my beliefs! No religion in the world is perfect; those willing to accept reincarnation and survival of the soul after death are right on the dot. Most religions have lost their credibility by imposing a "burning hell" for those who wouldn't follow their doctrines or pay for their right to heaven every year whether they had the means or not. Coming from a "french" catholic background I know what I'm talking about and if more people were aware of Professor Betty's teachings, a lot of pain would be put at ease. What a wonderful feeling it is to know those who have passed will be there for us when our time comes; that they are present in our earthly lives to help us when needed. Also, by knowing that our aging, painful bodies are nothing more than boxes and that our souls survive is a much needed relief. I myself have witnessed my dying mother seeing and calling to her deceased sister to come to her in the hospital room, so I believe they come for you when the time comes. As far as Karma goes, I don't know. Seems to be more and more violence and hatred in the world; some even attached to religion. Who knows?
Read more
Report abuse
See all reviews
Back to top
Get to Know Us
Make Money with Us
Let Us Help You
And don't forget:
© 1996-2021, Amazon.com, Inc. or its affiliates