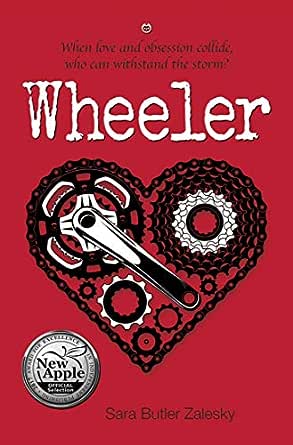 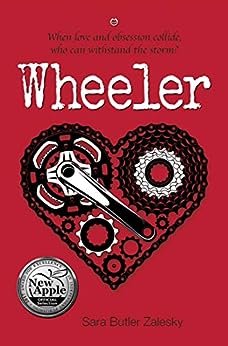 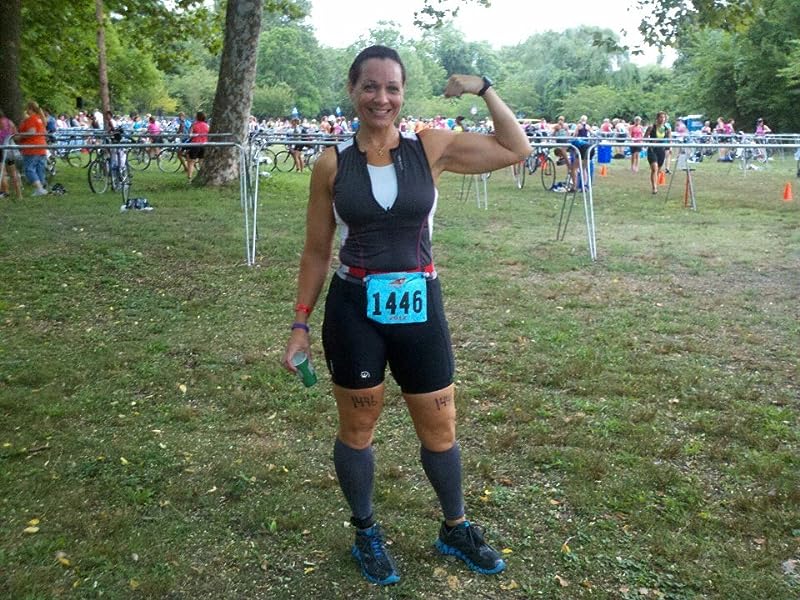 Loren Mackenzie is at the top of her game, leading her team of pro cyclists in the Women’s World Tour in Europe. For her, cycling is also a way to escape, using the burn of her muscles to cleanse her mind.

After a change in the management of her team, Loren is brought back together with a man she once loved. His amorous attention resurrects the feelings she once had for him, but also his attempts to manipulate her.

When mishap puts her in the sights of an A-list actor, the flirtation quickly develops into something more for Loren. The relationship attracts the eye of the tabloid media, dredging up the past she wanted to keep buried. Emotions run high with each exciting race in the Women's World Tour, pitting teammate against teammate, adding kindling to a rivalry that puts Loren's chances to win the World Championship in jeopardy.

When Love and Obsession collide in the first book of the Wheeler series, can Loren withstand the storm, or will she lose everything she has fought so hard to achieve?

"Zalesky brings the world of women's cycling to life with fast-paced racing and nail-biting finishes and doesn't shy away from the bumps (and blood!) along the way."

"This well-written debut novel has a little of everything...sports, romance, personal tragedy... and it was a real page-turner!"

Page Up and Order Now!

Sara has never lacked for imagination, but it wasn’t until the Fates decided to give the string of her life a tug, bringing her romantic leanings together with her passion for the sport of cycling and Poof! A story was written down and completed, much to her surprise and chagrin.

She is a (self)published author of women’s fiction/sports romance series Wheeler featuring a female MC who is a professional cyclist.

Wheeler: In Darkness, There is Still Light is the second novel of the series and will end with Wheeler: One Fire Burns Out Another’s Burning currently in the editing stages.

The author resides in the suburbs of Philadelphia, PA, with her husband and their son. Sara is a paralegal for a law firm in Chester County, Pa, an avid road cyclist, and indoor cycling instructor at a national chain.

daftcat
4.0 out of 5 stars Wasn't aware it isn't the complete story
Reviewed in the United Kingdom on 28 January 2017
Verified Purchase
This is quite a long book and although I really engaged with the story and liked the characters, I though a lot of the race commentary could have been removed to make the book a little more concise. I was also a little disappointed (especially given the length of the story), to realise at the end that the story didn't end here. It's not exactly a cliff-hanger, but it definitely ends with you wondering were the rest is!
I hope this doesn't sound too negative and if it does, it's only because I enjoyed the book so much up to that point! If it had been a complete story I would certainly have given it five stars. The characters are all very believable and overall the book is well worth a punt. I would definitely like to read the next installment when it arrives.

Dan Hammack
5.0 out of 5 stars Life in the fast lane
Reviewed in the United States on 3 August 2016
Verified Purchase
Women’s professional cycling has come a long way and it is great to see a novel based on the ladies peloton. But this novel is much more than just bicycling. It is romance and racing, celebrity and obsession, Shakespeare and strategy, pubs and pedals, huffing and puffing. In Wheeler, author Sara Zalesky has created a complex heroine, Loren Mackenzie. Externally she is attractive, powerful, respected by her teammates, and involved in a whirlwind romance with a famous British actor. But internally she is tormented by her past that bleeds into the present.
Most of all this is a story of forward motion, overcoming your past no matter how tragic, trusting someone enough to share your future, and reaching your true potential. It’s a fun ride. Allez, allez!

One Cent
5.0 out of 5 stars Great summer read.
Reviewed in the United States on 19 July 2016
Verified Purchase
All the components for a wonderful read. I can not narrow down on my favorite aspect of this book. I enjoyed living vicariously through the romance. The "sinister obsession" was thrilling and made me feel anger. The races are invigorating, and I found myself cheering on Loren, wanting that same drive. Finally, the sport of cycling was character, in itself. Fascinating.
It was difficult to put down!

Complex, real-to-life characters keep this story going through relationships, the plotting of an obsessive coach and the action of professional women's cycling. Considering how the story ends, I hope there is a sequel.

Athlete scientist homeowner
5.0 out of 5 stars Nice read for a cyclist
Reviewed in the United States on 17 November 2018
Verified Purchase
It's not too complex, but it's fun to see references to cycling.
Read more
One person found this helpful
Helpful
Report abuse
Load more international reviews

Thi
3.0 out of 5 stars 3stars
Reviewed in the United States on 10 August 2018
Verified Purchase
I did enjoy the book. There were parts that dragged out but all in all a good read. I most definitely will be checking out the next book.
Read more
Helpful
Report abuse

S. Orr
3.0 out of 5 stars decent story, lousy proofreading
Reviewed in the United States on 30 January 2017
Verified Purchase
I really like stories about female athletes--there are too few of them. And I knew nothing about professional cycling so that was interesting. It took a long time for the main character's backstory to come out and it came out in pieces so it didn't always make sense.

The thing that really knocked down the review for me was the formatting and typos--lots of them. Words were left out, sentences ended suddenly, words ran together, and good grief-- did anyone proofread? "Pisces" became "Pieces" and "trois" became "trios".

I admit to being a grammar and spelling freak, so if these problems don't bother you, then it's probably a 4 star read. Sure beats reading about another bakery!