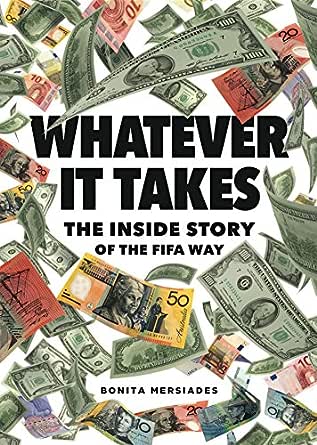 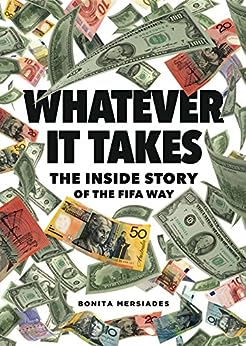 Bonita Mersiades' life has always had football (or soccer) in it. She was given her love of it courtesy of her refugee father from eastern Europe, and grew-up surrounded by the game amongst the many and diverse ethnic communities in Australia who helped nurture and build it. As a grassroots football club volunteer in four cities - Canberra, Brisbane, Sydney and Townsville - she has done what all volunteers do: put up nets, helped dress grounds, managed teams, been a 'soccer mum', worked in the canteen and merchandise shop, done social media and websites, created an under-5 competition, and run competitions and carnivals. She was previously on the executive committee of the Football Media Association in Australia. She remains an active volunteer in football, and is a member of an A-League club. Her early career was principally in government where she worked at senior executive level on measures including Australia's first National HIV/AIDS Strategy, coordination of the Working Nation initiatives, the introduction of the Higher Education Contribution Scheme, a national access and equity strategy for vocational education, and advancing Australian food exports. Mersiades happened to find herself working professionally in the game for a national league club, a state federation, as team operations manager for the men's national team the Socceroos, and as head of corporate and public affairs for Football Federation Australia. In the latter role, she was involved in Australia's bid to host the 2022 World Cup until January 2010. She is the ghost-writer of the playing biography of Frank Farina, My World is Round (1998). Along with British MP Damian Collins, and Swiss-based Australian businessman Jaimie Fuller, Mersiades is a co-founder of #NewFIFANow, the campaign group established in the wake of the Garcia inquiry that advocates for independent governance reform of world football administration. In addition to her volunteer duties, Mersiades is editor and founder of a football news and opinion website, footballtoday.news. She has also established a niche publishing company, Fair Play Publishing, which is focused on the publication of 'really good football books'. Bonita Mersiades was one of the first people in the world to speak out about the environment and culture within which world football and FIFA operated. --This text refers to the paperback edition.

'A real football official who worked on her national bid, Bonita Mersiades travelled the world for two years and she tells the story from the inside. It’s not a good story and she is the only one with the courage to tell the truth. And she knows more about football than most. It’s great news for football. Less so for others. I hope you enjoy - I did, hugely.' ANDREW JENNINGS

'It's a nervy, gripping read, which is the most vivid account of these times and description of the FIFA circus I've ever come across (and guess am ever likely to come across). It is also very, very funny at times.' PHILIPPE AUCLAIR, France Football

Shaheen Badat
5.0 out of 5 stars The more you know, the more you grow.
Reviewed in Australia on 14 September 2018
Verified Purchase
In one sense you can't help but feel deflated about the way the game is run both here in Australia and the world but I also feel hope that if people like Bonita were to run our game, how great it could be. Imagine a world run by Football people. Not AFL or NRL people. Less. Corruption, less consultants. More transparency #NewFIFANow #FFAil
Read more
Helpful
Comment Report abuse

Richard Moriarty
5.0 out of 5 stars Bonita tells it like it is. Corrupt.
Reviewed in the United Kingdom on 8 July 2019
Verified Purchase
Her reporting on the inner workings of FIFA are insightful , forthright and above all , honest and factual.
She confirms a large and powerful organisation is operating to benefit a select few with no consideration for the wider football world.

Her testimony , along with that of Jennings in previous books I've read already makes me angry. How and why is this allowed to happen??

Guvnar
5.0 out of 5 stars Gripping read
Reviewed in the United Kingdom on 26 February 2018
Verified Purchase
Who doesn’t know FIFA is a corrupt organisation? This is an excellent account of just some of the corruption experienced.

It’s a terrific book and well worth reading.
Read more
Helpful
Sending feedback...
Thank you for your feedback.
Sorry, we failed to record your vote. Please try again
Report abuse

Simon
5.0 out of 5 stars Very good
Reviewed in Germany on 27 March 2018
Verified Purchase
I read this to help understand where the $A50 million went. There are lots of people involved in the story and lots of events but the but the book is still easy to read and understand. Many things go wrong during the book, with people changing allegiances and perhaps not telling the truth too, and that is what make the book so gripping and enjoyable to read too.
Read more
Helpful
Sending feedback...
Thank you for your feedback.
Sorry, we failed to record your vote. Please try again
Report abuse
Translate review to English

bissan hazem
4.0 out of 5 stars Good read
Reviewed in Canada on 30 December 2018
Verified Purchase
Although the book looks boring in its beginning, the author was more than successful to attract the reader to her views on the FIFA became so corrupted beyond repairs. This book is a good read.
Read more
Helpful
Sending feedback...
Thank you for your feedback.
Sorry, we failed to record your vote. Please try again
Report abuse

Kindle Customer
5.0 out of 5 stars Brilliant!
Reviewed in the United States on 11 May 2018
Verified Purchase
A fantastic read which is not only informative and entertaining but depressing. FIFA has had its issues, to put it mildly, but the lack of culture and direction, not to mention the poorly handled bid, is both brilliant and sad reading! It makes you his what could've been?! Well researched and an excellent read thank you Bonita.
Read more
Helpful
Sending feedback...
Thank you for your feedback.
Sorry, we failed to record your vote. Please try again
Report abuse

Dr. William
5.0 out of 5 stars The rest of the FIFA story
Reviewed in the United States on 1 March 2018
Verified Purchase
I have read all of his work - and this sums up and vindicates all Andrew has been doing for years and shows the European anti-corruption authorities to be a toothless farce.
Read more
Helpful
Sending feedback...
Thank you for your feedback.
Sorry, we failed to record your vote. Please try again
Report abuse

John Thompson-Mills
5.0 out of 5 stars Enthralling & deflating
Reviewed in the United States on 18 February 2018
Verified Purchase
The disease-ridden soul of football laid bare, as we long suspected was the case.

Following Bonita Mersiades travails in piecing together what happened during the 2018 & 2022 World Cup bids is enthralling. Seeing it explained so clearly and the reasons, why in particular Qatar is hosting 2022 and Australia isn't, is deflating.