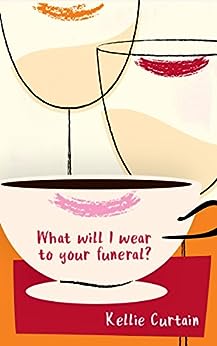 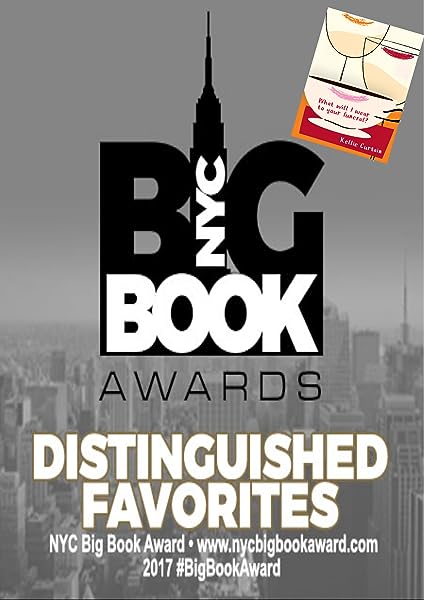 What will I wear to your funeral? Kindle Edition

by Kellie Curtain (Author) Format: Kindle Edition
See all formats and editions
Sorry, there was a problem loading this page. Try again.
‘Put your lipstick on, begin the day.
It will start without you anyway.’

‘What will I wear to your funeral?’ ‘And how do I look after your orchid?’
Kellie wanted to ask her mother so many questions while she still could. When you don’t go a day without speaking to someone you love, how do you say goodbye forever? It didn’t bear thinking about.
When Pamela Curtain is diagnosed with cancer, her family plead with her to try everything that might give them all more time. She reluctantly agrees, but on one condition. Life goes on because it has to and so does the weekly family dinner with wine and loud sibling banter.
With grace, guts and cups of tea the matriarch prepares herself and those she loves for the inevitable. Their conversations are honest, funny and at times confronting, where a shade of lipstick might be the only bright side.
This is a toast to love, friendship and the ordinary. There is no happy ending but the Curtain family discovers that there can be ‘good’ in goodbye. And it somehow leaves them feeling just a little victorious.
Now put on the kettle and open the wine.

"It is deeply moving but not trite and answers questions I didn't even realise I had about dying. I cried, laughed and it made me assess my own relationships."

"This is a love story. I feared that my own experience of loss would make reading about the intimacy of dying too painful but it is done in a way that I actually I found it comforting."

"I love reading books you just can't put down and this was one of them!"

"It's like a two way experience. An extraordinary feeling and I felt healing for my own grief. That's quite an achievement."

"I never re-read books but I know there will be a time when I will want to re-read this one."

"It had me sucked in from the very beginning and I read it like a speeding train."

"I am heading out to buy myself a new lipstick today."

Kellie Curtain has a love of family, her tribe of women, good coffee, red wine and writing articles. A former Australian television news reporter, she moved to the Middle East with her husband and four children six years ago. Kellie has a degree in nothing, was an under whelming student and barely ever finished a school assignment. She never imagined that she could finish a book 'What will I wear to your funeral?' Is her first and (almost certainly) last. --This text refers to the paperback edition.

Kellie Curtain is a former Australian news reporter but an unlikely author. She has a degree in nothing and a short attention span. Throw four children into the mix and she's time poor too.

What will I wear to your funeral? is the book Kellie didn't realise was inside her until she and her family relocated to the Middle East. Her mother's death a year earlier had changed everything. The crushing loneliness was no surprise but what she hadn't expected was to find immense comfort in a record of open and honest conversations she had with her mother in the days before she died. After a lifetime of love the Curtain family were given the gift of goodbye. Starting to write is one thing finishing it is another and Kellie doubted she would, telling no one until it was finished.

Six years on Kellie and her family moved back to Melbourne Australia in July 2017. Happiness is found in family, her tribe of women in the East and West, good coffee and red wine.

Recently she launched a website aimed at Congregating, Elevating and Celebrating the Sistergood because behind every woman, is another one. It's a platform for sharing the stories behind interesting women and recognising those who influenced their path.

4.9 out of 5 stars
4.9 out of 5
32 global ratings
How are ratings calculated?
To calculate the overall star rating and percentage breakdown by star, we don’t use a simple average. Instead, our system considers things like how recent a review is and if the reviewer bought the item on Amazon. It also analyses reviews to verify trustworthiness.

What this story shows is that people have a strange way of coming together in a crisis, looking after each other, and shows how strong and dignified people can be when they know they have limited time. More importantly, it gives amazing comfort to know that all we have are the memories, nothing else really matters, and that dying is just part of the circle of life, not to be feared, but to invigorate what life and living really is.

One of the most interesting observations is realising that strength and love is not bound by age or experience. It magnifies a unique and special bond between the young and old, how they seem to know how important it is to live in the moment. There will be lots of giggles, tears and wry smiles as you identify those involved as people that could be you, your family or friends. This makes the book so much more real and engaging. An emotional rollercoaster that somehow makes you feel so much stronger for experiencing it.

You will finish reading this book and realise that death should not be feared, blood is thicker than water, and every day is a blessing. There is a quote by Eleanor Roosevelt the author states which sums the message of this book up perfectly - "Yesterday is history, tomorrow a mystery, today is a gift."
Read more
3 people found this helpful
Helpful
Report abuse

John Garrity
5.0 out of 5 stars A story of great family courage in the face of end of life for a beautiful Mother.
Reviewed in Australia on 6 June 2017
Verified Purchase
Prior to reviewing this book, I will point out that I been a friend of Kellie's for many years and also had the pleasure of meeting her beautiful mother Pamela, a number of times.

"What will I wear to you funeral", is a story of great family courage in the face of end of life for Pamela Curtain. Kellie writes with an honest open heart to capture grief, love, support and joy in this wonderfully honest journey. I have seen many comments from Kellie's friends around the world, at Kellie's urging, to read the book accompanied by a glass of wine and a copious quantity of tissues. It turned out to be sound advice, even for a 64 year old "man of the world"!

Ms Curtain is deservedly very proud of this homage to a woman taken before her time.

Amazon Customer
5.0 out of 5 stars Fantastic and Inspirational read!!
Reviewed in Australia on 10 June 2017
Verified Purchase
I downloaded Kellie's book to read a "few" chapters before bed, at 3am I finished it!! (Unfortunately, without the red as it was a school night).
It was the most honest, heart warming and inspiring book I have read for a long time and those that know me, know I read a lot !!
I laughed, I cried, but most of all I was inspired by the love shared !!
I had been in a funk all week, for no reason other than a head cold. This morning I got up, after 3 hours sleep had a shower and in honour of Kellie's mum put on the brightest 💄 I could find !!
Thank you for sharing this with all of us Kellie Curtain...
Read more
Helpful
Report abuse

Colin D. Bassett
5.0 out of 5 stars Raw, rich, authentically real.
Reviewed in Australia on 17 October 2017
Verified Purchase
A truely rich story of love and loss. Family is everything with the matriarch it's core. A journey so similar to mine, my tears were because the words were the ones I couldn't find for my beautiful mother and her battle with cancer. Thank you for sharing. Now I know someone else's mother wore Revlon!
Read more
Helpful
Report abuse

Casey G
5.0 out of 5 stars Wonderfully heartwarming
Reviewed in Australia on 9 March 2020
Verified Purchase
This was heartwarming. I prepared myself to do a lot of crying but, while I did shed tears, I smiled and laughed most of the way through. I read it quickly and enjoyed it very much.
Read more
Helpful
Report abuse

raphael kuhn
5.0 out of 5 stars Totally Engaging
Reviewed in Australia on 12 February 2018
Verified Purchase
I could not put it down.I felt like a part of the family sharing their most intimate moments.
From time to time ,I shed a tear but could not stop reading.
A must read.
Raphael Kuhn
Read more
Helpful
Report abuse

Sandra S
5.0 out of 5 stars Brilliant
Reviewed in Australia on 26 May 2017
Verified Purchase
A superb recount of what would have been a harrowing time in anyone's life but watching a loved one die. Kellie's recount of this dark time in her life can still include a few laughs along the way. A great read.
Read more
Helpful
Report abuse

Carey
5.0 out of 5 stars Beautiful story, I couldn’t put the book down and didn’t want it to finish
Reviewed in Australia on 8 September 2018
Verified Purchase
Fabulous book, want another. I’m going to read again now. Would love all my friends to read it. How precious our lives really are
Read more
Helpful
Report abuse
See all reviews

Trulyhonest
4.0 out of 5 stars loved it!
Reviewed in the United Kingdom on 27 July 2017
Verified Purchase
A really thoughtful and inspiring read of a situation that is tough to handle. What a way to honour your Mum..loved it!
Read more
Report abuse

Mercedes Benz
5.0 out of 5 stars Excellent!!
Reviewed in the United States on 27 June 2017
Verified Purchase
This is one of the best memoirs I've ever read. Full of feeling yet dignified. The author did a masterful job of bringing the reader along on her journey. I feel like I know her and can relate to her world although I have a completely different background. I look forward to more books from this author.
Read more
One person found this helpful
Report abuse

Kathy
5.0 out of 5 stars A book for remembering
Reviewed in the United States on 19 July 2017
Verified Purchase
I loved this book because it made me remember the happy times with my mother and her love for her grandchildren. The days are sometimes still hard but life goes on and the memories are wonderful! Thank you for writing about your mom and her wonderful life.
Read more
One person found this helpful
Report abuse
See all reviews
Report an issue
Does this item contain inappropriate content?
Report
Do you believe that this item violates a copyright?
Report
Does this item contain quality or formatting issues?
Report