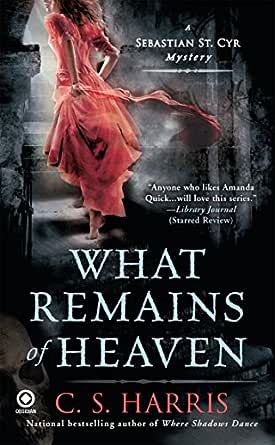 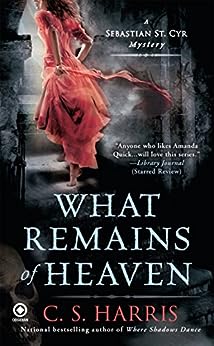 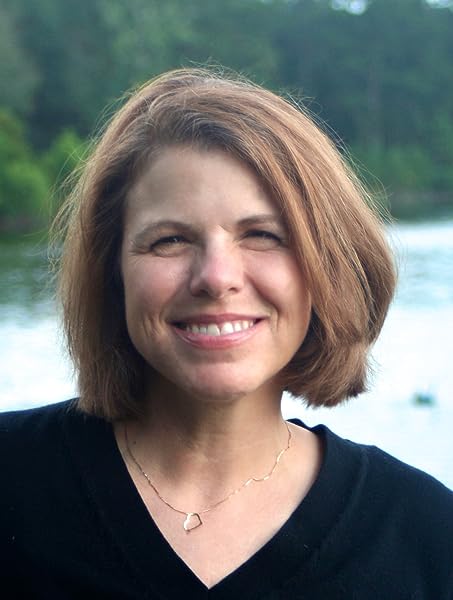 "A crescendo of suspense and surprise."--Library Journal (Starred Review)

"Harris crafts her story with the threat of danger, hints of humor, vivid sex scenes, and a conclusion that will make your pulse race."--The New Orleans Times-Picayune

C.S. Harris graduated with a degree in Classics before earning a Ph.D. in European history. A scholar of the French Revolution and 19th-century Europe, she has lived in Europe and various far-flung parts of the old British Empire. She now lives in New Orleans with her husband, a retired Army Intelligence Officer, and two daughters.

Moon-Gazing-Hare
5.0 out of 5 stars C. S. Harris is a master of her genre!
Reviewed in the United Kingdom on 24 October 2017
Verified Purchase
I worship at the feet of C.S.Harris! :-) If you love a mystery filled with intrigue AND set in the Regency period then imho you can't go wrong with any C.S.Harris book. There is a touch of romance without frippery and any overshadowing of the plot, but that said very much necessary to the plot. Sebastian is a dream, a complex man with his own demons to fight due to his own intriguing past, a past that just gets more complex with each book read. His complexities only enhance his wonderfully multi layered, deeply caring character, a man whose main aim is to seek out the truth of each given mystery Other 'main' characters in each book are as carefully crafted as Sebastian and make a wonderful foil to his own character. C.S.Harris has the ability to take you straight into the plot, you are there watching and experiencing the action, an acomplishment that imho proves the ability of a truly gifted author.
Read more
One person found this helpful
Helpful
Sending feedback...
Thank you for your feedback.
Sorry, we failed to record your vote. Please try again
Report abuse

oldcelt
4.0 out of 5 stars Enjoyable regency mystery.
Reviewed in the United Kingdom on 4 December 2009
Verified Purchase
An enjoyable mystery set in Regency England. I found the story engaging. The main story stands alone but it helps if you have read the previous books to follow the back story. One or two americanisms which I found annoying,which is why I have not given 5stars. Finding it hard to wait for the next installment, not out until 2011 I believe.
Read more
6 people found this helpful
Helpful
Sending feedback...
Thank you for your feedback.
Sorry, we failed to record your vote. Please try again
Report abuse

jeanne adamek
5.0 out of 5 stars Great! Interesting story
Reviewed in Germany on 26 December 2015
Verified Purchase
The books I read in this series I didn't read in the right order. And it didn't matter! I was once again totally captured! An absolutely wonderful story.
Read more
Helpful
Sending feedback...
Thank you for your feedback.
Sorry, we failed to record your vote. Please try again
Report abuse

Amazon Customer
3.0 out of 5 stars I'll continue with the series, but this one had some problems for me.
Reviewed in the United States on 30 October 2016
Verified Purchase
Author's usual fine writing skill carries one through - the mystery was fine & dandy, lots of neat twists & turns, good evocation of period, etc., with some tantalizing titbits about St. Cyr's mother, and leads for further series development. However, I felt the author was struggling a bit with the romance sub-plot & her plan to get St. Cyr & Hero together; the "crypt scene" is the first in which I simply couldn't believe that what was happening would be happening if the characters as drawn were actual people in the context presented. Up to this point, I've been happily swept along by the author's unrepentant segues into swashbuckling action & melodramatic scenes, because I could believe them in the context & with the characters as she has drawn them - a little deus ex machina is OK by me, but this was somehow just too much. I quite enjoy suspension of disbelief, and feeling that the characters are real, and lost that in this book of the series.
Read more
8 people found this helpful
Helpful
Sending feedback...
Thank you for your feedback.
Sorry, we failed to record your vote. Please try again
Report abuse

Donald F. Kaminski
5.0 out of 5 stars I,m Hooked
Reviewed in the United States on 5 April 2015
Verified Purchase
I'm a romantic, but that being said, I've enjoyed this series almost as much as William Tapply's Brady Coyne mysteries. Since the beginning of the series, five books ago, I've been especially partial to the interaction between Hero Jarvis and Sebastian St. Cyr. I've looked at this as the perfect match-up for a Mr. & Mrs. North or Nick & Nora Charles (Myrna Loy & William Powell) investigating duo. The author, Candice Proctor Harris, has kept me on the edge of my seat worrying about Sebastain retrogressing back to his first love, Kat Boleyn. She also has me captured for book six, at least. If the protagonist does go back to Kat, I stop reading. In this particular novel, Sebastian's aunt Henrietta Claiborne told her nephew flat out that Kat Boleyn was not suitable for his wife and I concur. Harris ended the story so as to leave me with hope, but one never knows. In any case, I enjoyed the primary characters of Hero and her father, Charles Lord Jarvis, Sebastain's father Lord Hendon and his sister Henrietta, and of course, the character I love to dislike, Kat Boleyn. I certainly like the way Sebastien and Paul Gibson, quasi medical examiner, knock down the brandy, which I also enjoy. As one can readily determine, I'm involved so much with the characters, the murder plots become secondary in interest, but they are just as good as the character interplay. A recommended read and escape.
Read more
5 people found this helpful
Helpful
Sending feedback...
Thank you for your feedback.
Sorry, we failed to record your vote. Please try again
Report abuse

Tabby1249
5.0 out of 5 stars Usual Excellence
Reviewed in the United States on 14 January 2020
Verified Purchase
While each of the St. Cyr mysteries can be read as stand-alone novels, I highly recommend that they be read in order to get the full benefit of the author’s excellent character development as well as the evolution of the personal backstory of Sebastian St. Cyr. For example, there is particular “secret” common in Regency era books used to complicate the action and add tension. This secret can be the central conflict but while that’s not the case in this book, it is employed in a very heartbreaking way. If you haven’t read the books in order you might find it a bit confusing.
Read more
Helpful
Sending feedback...
Thank you for your feedback.
Sorry, we failed to record your vote. Please try again
Report abuse