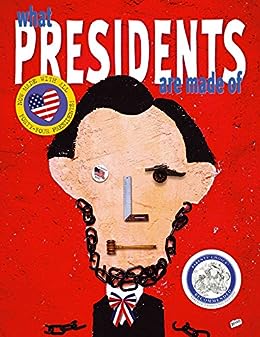 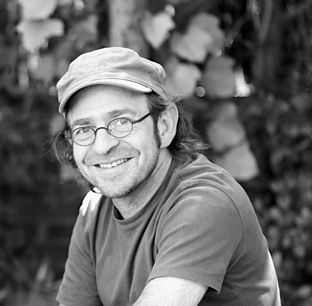 What Presidents Are Made Of Kindle Edition

by Hanoch Piven (Illustrator) Format: Kindle Edition
See all formats and editions
Sorry, there was a problem loading this page. Try again.
This sophisticated and playful nonfiction picture book looks at US presidents!

Hanoch Piven is the acclaimed creator of Let's Make Faces, What Presidents Are Made Of, What Athletes Are Made Of, and What Cats Are Made Of, among other books for children. His incisive portraits have been published in the United States in such major magazines as Time, Newsweek, Rolling Stone, TheNew Yorker, TheAtlantic Monthly, Entertainment Weekly, and TheNew York Times. He lives with his wife and children in Israel. Visit him at PivenWorld.com. --This text refers to an alternate kindle_edition edition.

The colorful and witty illustrations of Israeli illustrator Hanoch Piven have appeared throughout the last 20 years on both sides of the Atlantic: in most major American magazines and newspapers such as Time, Newsweek, Rolling Stone and in many European publications from The London Times to the Swiss Die WeltWoche.

Piven’s award winning book “What Presidents Are Made of” was elected by Time Magazine as one of the 10 Best Children’s Books of 2004.

Several illustrations from that book are in the permanent collection of the Prints and Photographs Division of The Library of Congress in Washington DC.

Piven has published 6 other children’s books in the USA, the latest being “My Best Friend is as Sharp as a Pencil” (Schwartz and Wade, Random House – 2010) and “Let’s Make Faces” (Atheneum – Simon and Schuster - 2013)

In Israel, Piven has gained great visibility due to his long time collaboration with the daily Haaretz and through his TV show on the pre-K channel HOP TV and on the Education Channel.

His method has been implemented educators in Israel as a means to help develop creativity amongst children.

K. Perry
5.0 out of 5 stars My son loves this book
Reviewed in the United States on 17 November 2010
Verified Purchase
My almost 8 year old son is a huge fan of this book as well as "What Cats are Made of." I'm buying this book for him for his birthday. The portraits of the presidents are intriguing to him because they're composed of everyday items that are related to the president being portrayed. Additionally, he has learned presidential facts along the way. A great book. Looking for more like it from this author/illustrator.
Read more
One person found this helpful
Report abuse

Karina
5.0 out of 5 stars Perfect for 8 year old
Reviewed in the United States on 28 December 2018
Verified Purchase
Not for small kiddos.
Read more
Report abuse

E. Pina
5.0 out of 5 stars Very fun book
Reviewed in the United States on 21 November 2010
Verified Purchase
This was a great book. My boys became very interested in the presidents and they enjoyed it. We had fun looking at the pictures and figuring out what they were made of. Very creative! The only complaint is that it is not updated and the boys did wonder why Barack Obama was not listed in the back.
Read more
Report abuse

Leo Vazquez
5.0 out of 5 stars Great book for kids
Reviewed in the United States on 7 April 2015
Verified Purchase
Great book for kids. My daughter saw it at Ford Theater, DC and loved it. It is cheaper here and delivery is very quick.
Read more
Report abuse

Lauren
5.0 out of 5 stars Fun!
Reviewed in the United States on 18 February 2016
Verified Purchase
Cute story for a 4th grade class to hear about history in a fun and unique approach
Read more
Report abuse
See all reviews
Report an issue
Does this item contain inappropriate content?
Report
Do you believe that this item violates a copyright?
Report
Does this item contain quality or formatting issues?
Report