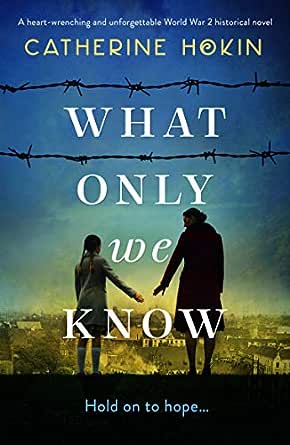 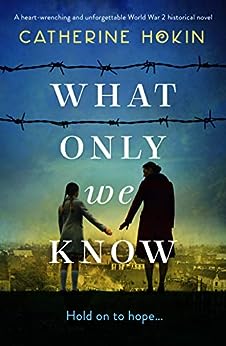 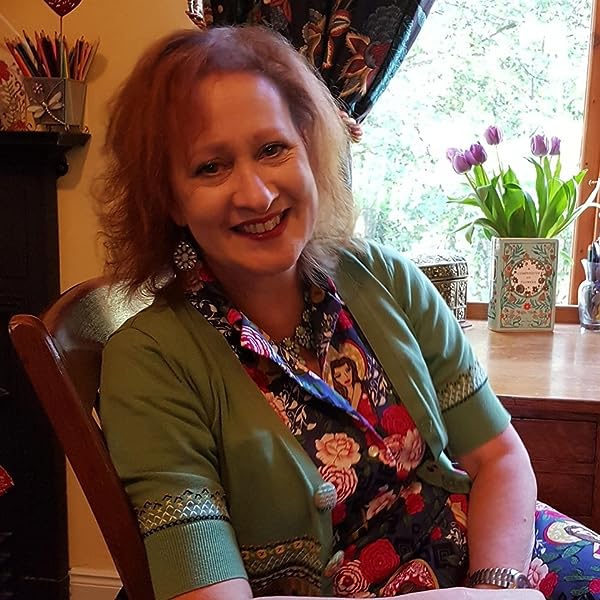 What Only We Know: A heart-wrenching and unforgettable World War 2 historical novel Kindle Edition

4.4 out of 5 stars
4.4 out of 5
1,370 global ratings
How are ratings calculated?
To calculate the overall star rating and percentage breakdown by star, we don’t use a simple average. Instead, our system considers things like how recent a review is and if the reviewer bought the item on Amazon. It also analyses reviews to verify trustworthiness.

Pauline
5.0 out of 5 stars AFTER THE WAR
Reviewed in Australia on 18 October 2020
Verified Purchase
There are no words to say how much I enjoyed this riveting book. I am enjoying reading historical fiction and this book was up with the best. I was particularly interested in the era of the Berlin wall as when partitioning took place I do not remember much about it. when this occurred I do not remember much about it It was also sad that even when the Wall came down the lives of so many were so difficult. The treatment meted out to the Jews is something which can never be forgotten, to know what happened during the Holocaust and the suffering of the Jews, their only crime being Jews. There were so many Jews who could not believe what was about to happen and left it too late to leave Berlin. I can thoroughly recommend this excellent and amazing story.
Read more
Helpful
Comment Report abuse

Maggs
TOP 500 REVIEWER
5.0 out of 5 stars Amazing story
Reviewed in Australia on 8 September 2020
Verified Purchase
Beautifully written.
All sorts of emotions brought out from this story of these people caught up in the war. Ordinary people living as they should until the war came and destroyed their lives.
Shows how individuals react to life threatening circumstances.
This is one of my favourite books.
Read more
One person found this helpful
Helpful
Comment Report abuse

Heather H
5.0 out of 5 stars What I now know
Reviewed in Australia on 28 September 2020
Verified Purchase
I learnt a lot about the history and politics of Berlin, pre and post war and pre and post wall. It was interesting to visualise these different times in Berlin as the backdrop to the stories of some truly amazing characters who became so real as I read on.
It was heart wrenching to experience the emotions and motivations of each of the characters, to understand the terrible circumstances that shaped them and lead them to do what they did and learn how to live with it.
I have read many books about the holocaust, but this is one book I will never forget.
Read more
Helpful
Comment Report abuse

MSully
4.0 out of 5 stars A city I grew to love.
Reviewed in Australia on 19 July 2020
Verified Purchase
An enjoyable story linking two nationalities, at a time now when we can put prejudice behind,and feel the suffering war leaves in its wake, and hope we have learned. I am a war time child of 1938, and have vague memories of airmen and countrymen and absences, and the post war “English” sentiment of despise for “Germans” mixed with a kind of misty sorrow for the refugees and survivors.
I have now later,spent many trips to Germany, through distant family links, I have tried to master the language at summer schools, and now have my own grand children living in Berlin. Firstly in the area East, and now West. They are the children of those who lived the war years, and descendants the eastern Communist regime.
To “revisit” the areas in this story with a real understanding of the locality, really brings the horrors of the “characters” lives and the battles of their existence , right before one’s eyes. The freedom to travel across the whole of Germany today, would be the dream of so many who did not survive.
A reminder read to those for whom such dark days have not touched.
Read more
Helpful
Comment Report abuse

irene
5.0 out of 5 stars Beautifully Crafted but too close for comfort
Reviewed in Australia on 2 October 2020
Verified Purchase
I generally avoid historical novels as these as I find them horrifying. My Jewish parents were released from a camp on 23/11/1936 only as they had made arrangements to leave Germany. They never spoke of their experience and it is only from official documents that I know a small part of their story. I am glad you wrote this and I that I read it, painful as it was. Thank you for a beautifully crafted story and even if travel were possible I definitely could not travel in my parents past footsteps. Thank you and good luck for the future.
Read more
Helpful
Comment Report abuse

GD Scott
5.0 out of 5 stars Learn about WWII
Reviewed in Australia on 6 July 2020
Verified Purchase
Being a very senior citizen who was alive as a child during WWII and having a Dad serve in the army WWII retains a fascination for me. This was a moving story which young adults should read.

War must be stopped. We must learn the lessons of history.
Read more
Helpful
Comment Report abuse

Angel
3.0 out of 5 stars Sad story ...I guess it’s based on reality...
Reviewed in Australia on 24 August 2020
Verified Purchase
I actually don’t like fiction..
This book was very good but I wouldn’t read another as if it’s only based on real facts with fiction thrown in well it’s not real..
Read more
Helpful
Comment Report abuse

Kindle Customer joyce orchard
5.0 out of 5 stars The horror of the Nazis treatment of Jews
Reviewed in Australia on 5 October 2020
Verified Purchase
I just read the book for pleasure and although I enjoyed the story I was horrified by the events.
I have read many books about WW2 but this one revealed more dreadful events.
Read more
Helpful
Comment Report abuse
See all reviews

Mr M Charlton-Hubble
5.0 out of 5 stars A heartbreaking story
Reviewed in the United Kingdom on 24 June 2020
Verified Purchase
You cannot read this and not be moved by such passion, love of different kinds, of such support it breaks your heart it didn't work out. But future generations do learn . Follow this take ans it will break your heart yet in another way enrich your life
Read more
3 people found this helpful
Report abuse

james beck
4.0 out of 5 stars How dramatically the war changed lives.
Reviewed in the United Kingdom on 23 July 2020
Verified Purchase
Slow start led to real page turner. Told from the view point of a number of characters, how the war affected their lives and led to unhappiness of so many people. Not only during the war but the long term effect of the mental anguish of those concerned. Carrying on living with the secrets and guilt of their past lives together, coupled with the things people have to do to survive in hostile environments, made for an engaging, poignant and moving tale.
Read more
One person found this helpful
Report abuse

AEW
5.0 out of 5 stars Very Emotional Read.
Reviewed in the United Kingdom on 7 June 2020
Verified Purchase
Such a heartbreaking story, although fiction it's the actual facts that went on in Germany during the war. and the aftermath of the mental torture suffered afterwards.
Read more
3 people found this helpful
Report abuse

David Prendergast
5.0 out of 5 stars Very different very well written
Reviewed in the United Kingdom on 25 August 2020
Verified Purchase
I have read many stories regarding the holocaust ,this one looks a various different aspects i.e communism the building of the wall ECT .
Lots of interesting facts about different camps ,and in the midst a story of a young Jewish girl who understands the dangers of the Nazi ,tries to talk her father in to leaving Berlin before the start of the war ,
Because he believes that they will be safe that it would blow over they stay ..
The real story starts there , I felt carried away with all the emotions of the story and although I couldn't comprehend the sheer horror that was experiences by the jews the author had such a way of writing that made you feel the realness of it all.
An excellent book , prepared to be shocked saddened and disbelieving that terrible crimes that were carried out in the name of facism x
Read more
Report abuse

Pat39
5.0 out of 5 stars Excellent historical info
Reviewed in the United Kingdom on 14 July 2020
Verified Purchase
This book was multi tiered. Good historical background of the war and the years after the war. Mystery and romance and fine character I was reluctant to put it down when I grew tired because I always wanted to know what came next. Like her book 'The Fortunate Ones', this gave more about the start of the Nazi regime and how the Jews and the Gentiles lived together amicably. Very good read for me.
Read more
One person found this helpful
Report abuse
See all reviews
Get FREE delivery with Amazon Prime
Prime members enjoy FREE Delivery and exclusive access to movies, TV shows, music, Kindle e-books, Twitch Prime, and more.
> Get Started
Back to top
Get to Know Us
Make Money with Us
Let Us Help You
And don't forget:
© 1996-2020, Amazon.com, Inc. or its affiliates