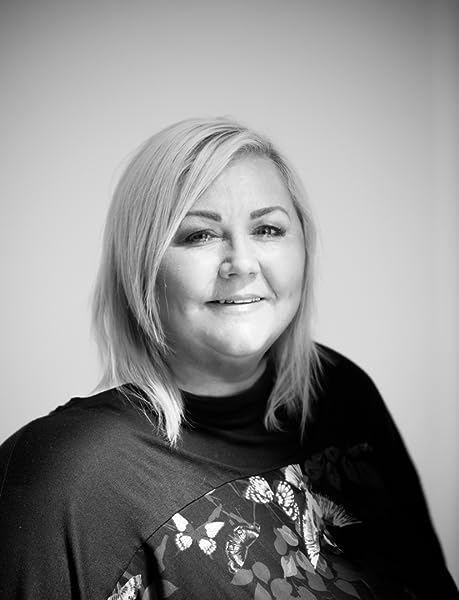 4.5 out of 5 stars
4.5 out of 5
402 global ratings
How are ratings calculated?
To calculate the overall star rating and percentage breakdown by star, we don’t use a simple average. Instead, our system considers things like how recent a review is and if the reviewer bought the item on Amazon. It also analyses reviews to verify trustworthiness.

Tracey
TOP 500 REVIEWER
5.0 out of 5 stars 😲 I thought it was?
Reviewed in Australia on 2 November 2020
Verified Purchase
I really loved how each person had their own Chapter as you were reading it was easy to follow and you could keep up with what was happening. Maddy is a writer and has left her abusive partner Connor and she is staying with her gran, when her friend Stella tells Maddy about a house that is in need of a carer and to email to see if she is accepted into looking after it. Maddy is successful and moves to the house where weird things start to happen, she meets Seth and tells him what's happening, Maddy starts to fall for him. I loved Alfie he definitely was alot smarter than everyone thought and no one took him seriously when he mentioned the Lake People, Stella was not my favourite person but in the end I warmed to her. Glenys, Alfies mum was a hoot and I feel Maddy and her will become good friends. I wanted more, great read, loved it.
Read more
Helpful
Report abuse

Shirley McDonald
5.0 out of 5 stars Very good
Reviewed in Australia on 3 January 2021
Verified Purchase
I always liked books by this author and this one didn't disappoint. It was really interesting and I liked the twist at the end. A very good read.
Read more
Helpful
Report abuse
See all reviews

Sue Jenkins
5.0 out of 5 stars Brilliant, suspense, curve ball ending
Reviewed in the United Kingdom on 12 November 2020
Verified Purchase
I am a big fan of Helens and I have loved all of her books and was excited to see that this was one of 2 new titles coming in the near future. Preordered and started reading on the day that was released. Well all I can say is 'youv'e done it again'. Not sure if this is going to be a 'standalone' character or one of a series like Helens other books Annie & Morgan especially. Once I start reading one of her books I find that they are very difficult to put down and all other mundane tasks like houseworking, cooking, work etc go out of the window until its finished. I read this in a couple of sittings and it had me gripped from the start as usual. I always try to guess who is the murderer as I am going along but ALWAYS get it wrong as there are so many twists and turns that lead you the wrong way. Keep up the fantastic work and keep the books coming :)
Read more
One person found this helpful
Report abuse

Chelsea
5.0 out of 5 stars Madison had to escape from London and Lake House would be the perfect hideaway
Reviewed in the United Kingdom on 22 December 2020
Verified Purchase
Madison Hart had to escape from her London flat and her dominating, chauvinist ex-boyfriend Connor while she still could, so she took the option that her best friend had suggested, as caretaker of Lake House in the Lake District. The workmen were due to arrive in a week or two, so she would have enough time to get the first few chapters of her book written before they commenced work.
Everything was perfect, even the young Landlord of the village pub Seth who also lent his expertise to the local 'Search & Rescue' team who helped find the lost ramblers on the Fells.
Connor was never far from her mind and when a few odd things started to happen in the large old empty house, she couldn't help but think that he had found her. With Seth's help they checked the house from attic to cellar, and spending time with this very handsome man, Maddy began to warm to village life.
Alfie the young teenager son of Stella who owned the psychic style shop in the village spoke to Maddy of the Lake people he had seen, so when a dripping wet wedding dress was left on the steps to the house, she began to think Connor had found her and was trying to scare her.
Read more
Report abuse

Beebson Am
4.0 out of 5 stars SLOW START BUT A GRIPPING END
Reviewed in the United Kingdom on 7 December 2020
Verified Purchase
I did enjoy reading this book. The start was a little slow, but it is well worth the perseverance. The end was gripping and kept me up later than normal as I had to finish it before going to sleep. The twist at the end came as a surprise to me, as I was convinced it was someone else. Some other readers have mentioned poor grammar and I know what they mean, but as I am someone who was in the print/publishing trade I can tell you proof readers are a dying breed and are rarely used these days. I have seen top publications with poor spelling and bad grammar. That aside, well worth a read. I enjoyed it.
Read more
Report abuse

Rosemary
5.0 out of 5 stars Brilliant
Reviewed in the United Kingdom on 4 November 2020
Verified Purchase
Another brilliant book from Helen Phifer, with such varied characters in the story. The end surprised me. Think the main character being an author writing same type of books as Helen was a great idea.
Read more
2 people found this helpful
Report abuse

Mrs. L. J. Hallett
1.0 out of 5 stars Annoying
Reviewed in the United Kingdom on 9 November 2020
Verified Purchase
I bought this book what lies beneath as I love Helen phifers story’s . Unfortunately I had to abandon the book after a couple of chapters because a stupid reviewer told us who the killer was . So Thankyou very much for the bloody spoiler
Read more
One person found this helpful
Report abuse
See all reviews
Back to top
Get to Know Us
Make Money with Us
Let Us Help You
And don't forget:
© 1996-2021, Amazon.com, Inc. or its affiliates