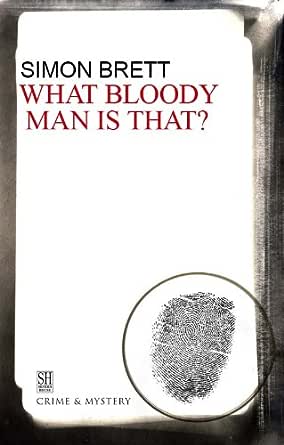 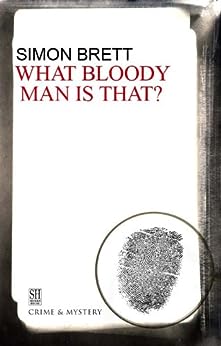 James Brydon
4.0 out of 5 stars Great entertainment
Reviewed in the United Kingdom on 21 February 2014
Verified Purchase
Charles Paris is back, this time playing a selection of minor roles in a new production of [Macbet]h at the Pinero Theatre in Warminster which is being directed by his old friend, Gavin Scholes. Other members of the cast include: John B Murgatroyd, an itinerant actor whose career has been almost as devastatingly unsuccessful as Charles's; George Birkitt, a man who despite possessing little more than journeyman ability has encountered considerable commercial success through having played pedestrian roles in a selection of mindless situation comedies; Felicia Chatterton, an alluring yet intense actress whose career has been almost exclusively served in the RSC and who has to devote hours to think herself into her role; and Warnock Belvedere, an outrageous old ham who prides himself on being a theatrical "character" encompassing all the worst traits of old self-aggrandising stars without any compensatory talent.

Almost from the start Belvedere shows himself to be obnoxious, overriding the feelings of anyone else in the company and blatantly undermining the director. Within days of the company first coming together there is no-one whom he has not driven to utter fury. Consequently, there is an immense feeling of relief which politeness and propriety do little to hide, when he is found dead in the cellar of the theatre's bar, having seemingly fallen over and knocked himself out while simultaneously dislodging the CO2 hoses. Drunk and unconscious he succumbs to asphyxiation. This is put down as a dreadful accident, and just another manifestation of the dreadful luck that historically bedevils companies staging "the Scottish Play".

Predictably the body is discovered by Charles who, having overdone things in the bar earlier in the evening, had fallen asleep in his dressing room and found himself locked in the theatre. It is only gradually afterwards, as he struggles to reconstruct the events of the night, that Charles recognises vital clues that point to Belvedere's death as murder, and he also realises that the perpetrator must be another member of the theatre company.

Brett is always capable of weaving an intricate yet plausible plot, which he lightly peppers with humour. Charles Paris is always a sympathetic character - flawed (a virtual alcoholic and recalcitrant philanderer) yet essentially well-meaning, even to the point of frequent self-disgust. The conflicting ambitions and lifestyles of the different members of the theatrical company are also well constructed, and Brett clearly knows the theatrical milieu very well, and he is sufficiently conversant with the text and subtexts of Macbeth to throw in some convincing exegesis of the play's more obscure stretches.

Most entertaining on a number of levels!

Cugsy
4.0 out of 5 stars Have read better ..
Reviewed in the United Kingdom on 27 December 2013
Verified Purchase
Love the Charles Paris stories, but this one is a bit too much bogged down in luvvidom. As an amdram person, I love the theatrical references, but there was little else to balance the story in this instance.
Read more
Report abuse

DDHL
5.0 out of 5 stars Five Stars
Reviewed in the United Kingdom on 2 April 2015
Verified Purchase
Another brilliant book from Simon Brett
Read more
Report abuse
See all reviews
Get FREE delivery with Amazon Prime
Prime members enjoy FREE Delivery and exclusive access to movies, TV shows, music, Kindle e-books, Twitch Prime, and more.
> Get Started
Back to top
Get to Know Us
Make Money with Us
Let Us Help You
And don't forget:
© 1996-2020, Amazon.com, Inc. or its affiliates