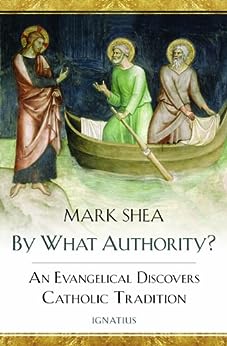 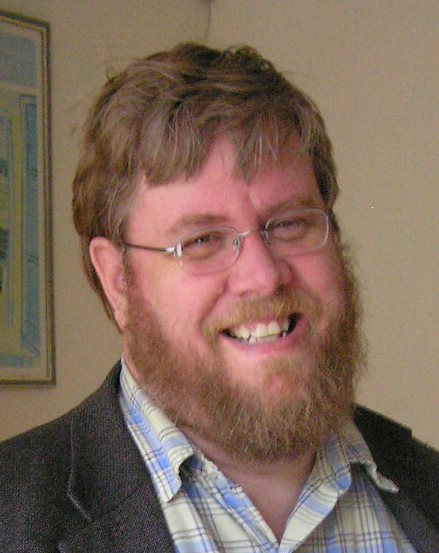 An important service for Catholics, Evangelicals and all those seeking a firm grounding for Faith. Shea argues powerfully for the extra-biblical authority of Sacred Tradition as a depository and source of revelation side by side with the Bible, to which it testifies and which it interprets with authority. --Russell Shaw, Author, American Church

This is not just another book of Catholic apologetics. It is not only a good think; it's also a good read. Concrete, clear, compelling arguments. --Peter Kreeft, Author, Handbook of Catholic Apologetics

A crystal clear and compelling case for Sacred Tradition, on the basis of logic, history and Scripture. It is simply the best I have found. --Scott Hahn, Author, Rome Sweet Home

This is not just another book of Catholic apologetics. It is not only a good think; it's also a good read. Concrete, clear, compelling arguments. --Peter Kreeft, Author, Handbook of Catholic Apologetics

A crystal clear and compelling case for Sacred Tradition, on the basis of logic, history and Scripture. It is simply the best I have found. --Scott Hahn, Author, Rome Sweet Home --This text refers to the paperback edition.

Mark Shea is an award-winning columnist for the National Catholic Register, and a frequent contributor to Our Sunday Visitor and other Catholic publications. He is a popular blogger, and frequent guest on radio and television. --This text refers to the paperback edition.

MikeBT
5.0 out of 5 stars Immaculate
Reviewed in the United Kingdom on 16 June 2021
Verified Purchase
The extent of research involved in the development of this work is as thorough as any I've read on this topic over the past 40 years. (Apart, perhaps, from some very learned and intellectually difficult publications.) The progress that the author made in his growth from a sincere Protestant Evangelical to a committed Roman Catholic is given in great detail in a well-reasoned and lucid way. There is much to take in, and much work to do in verifying the references; but from my perspective worth the effort. I have no doubt that this book will keep giving as I read it again and again. "By What Authority?" is the challenge all believers have to answer. Mark Shea gives a comprehensive answer that none other than a Roman Catholic can match.
Read more
Report abuse

Christian D. Orr
5.0 out of 5 stars Newsflash: Sacred Tradition and Sacred Scripture go hand-in-hand!
Reviewed in the United States on 23 April 2018
Verified Purchase
Quite possibly THE strongest book ever written in defense--and articulation--of Catholic Tradition and refutation of "sola Scriptura," written by a former Evangelical who converted to Catholicism through a journey that was not only faith-based but highly analytical and intellectual as well. Strongly recommended, with more quote-worthy passages than you can shake a stick at.

RANDOM STREAM OF CONSCIOUSNESS NOTES AND OBSERVATIONS (and noteworthy passages):

--"Scott Hahn: Who is for Catholic apologetics what Randy Johnson is for the Seattle Mariners." Haha, nice sports analogy.

--"'So then,' asked the little voice of modernism in my head, 'why precisely do you accept the present canon of biblical books as something other than human tradition?' Answer: I didn’t have the faintest clue! Yet until that question could be answered clearly, I realized that my 'purely biblical' argument for Christianity was a series of neatly fashioned logic links attached to a hook hanging on a nail hammered firmly into. . . nothing. I had more thinking to do. A lot more."

--"So I asked simply: Does Scripture say what comprises the Old Testament? I set out searching for the solution to this riddle in a way that I thought would help me avoid any reliance on tradition. But it proved to be my first blind alley."
"Blind Alley no. 1: No Inner Witness of the Spirit"

"The Way Out of the Blind Alleys"
"Therefore, I realized, one of two things necessarily followed: either, as modernism said, the canon of Scripture was a merely human tradition or else God must have ordained some sort of revelation outside of Scripture as the means by which we could know what Scripture was. There was no third option."

CHAPTER 7: The Tradition of God

"According to the Catholic Church, both Scripture and Tradition were from Christ and were made by him to stand inseparably united. The two were one—but not the same. They were the hydrogen and the oxygen that fused to form living water. They were the words and the tune of a single song. They were two sides of the same apostolic coin. In short, by Catholic lights, the one apostolic paradosis of Christ was handed on in just the way Paul had said it should be: both by word of mouth and by letter."

"I thought of how it never seemed to occur to any of these ancient Christians that the Bible alone was the sole source of revelation.
I thought of the way in which these zealous archconservative purists and martyrs never regarded this extrabiblical Tradition as antibiblical.
I thought of the way in which even we Evangelicals relied on this extrabiblical Tradition when it came to abortion, polygamy, the Trinity, the closure of public revelation, and the canon itself."

AFTERWORD
--"The great paradox of the Spirit’s gift of infallibility is that, if anything, the sins of Catholics only demonstrate its reality. For infallibility is not the guarantee that Catholics will not have fools, scoundrels, crooks, and buffoons in their ranks—including in their clerical and even episcopal and papal ranks. Infallibility is, rather, the promise that despite all that sin, ignorance, and stupidity, the Holy Spirit and he alone will see to it that the Church will not lose track of the essentials of the gospel or define falsehood as crucial doctrine. Saying that the sins of bishops discredit infallibility is like saying a shipwreck discredits lifeboats."
Read more
3 people found this helpful
Report abuse

That was a "well, that's interesting" moment for me, as I had been in the same position for about 70 years and had finally walked away from the Episcopalians after realizing they had become just another left wing advocacy group. This was the first book I read when I began my own exploration of Catholicism, and it (and some of the monks at the local abbey where I attend Mass now) hooked me into learning more. And more.
Read more
8 people found this helpful
Report abuse

Rachel Meyer
5.0 out of 5 stars Excellent Group Study Selection
Reviewed in the United States on 31 January 2017
Verified Purchase
We read this book for a Catholic adult catechesis study class. Everyone in the class really enjoyed it. It is a rare combination - easy to read, but rich with real content. It helped us understand why Catholics don't need to answer the question, "Where is that in the Bible?" But should instead ask, "Where does the Bible come from, anyway?" It also explained in a very nice organic way what Tradition is, why we have it, and where it comes from. I am going to recommend it for our parish RCIA class as well.
Read more
2 people found this helpful
Report abuse
See all reviews
Back to top
Get to Know Us
Make Money with Us
Let Us Help You
And don't forget:
© 1996-2021, Amazon.com, Inc. or its affiliates