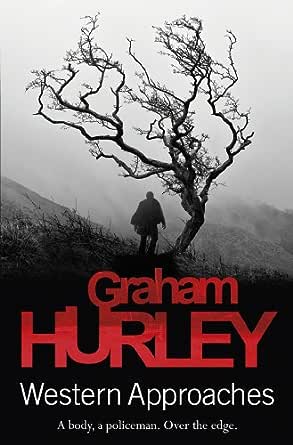 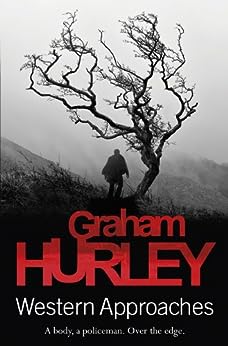 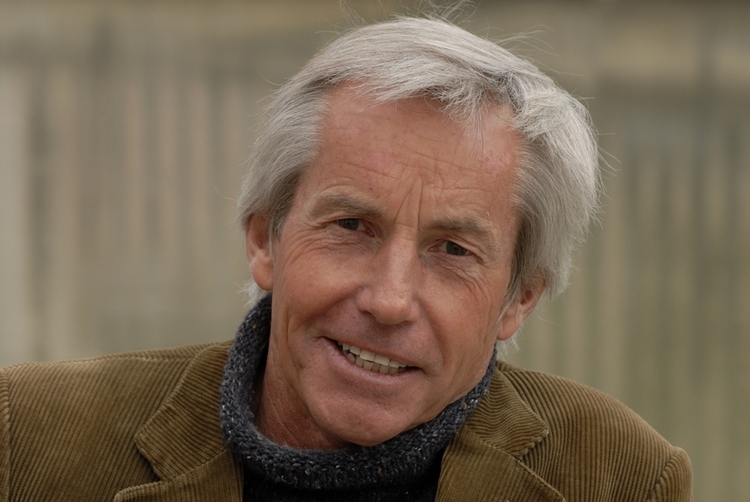 Graham Hurley is an award-winning TV documentary maker who now writes full time. He lived in Portsmouth for 20 years. He is married and has grown up children. He now lives in Exmouth, Devon. --This text refers to the paperback edition.

A rich man, he turned up out of nowhere, acquired Exmouth's trophy penthouse flat and then bought his way into the local rowing club. No friends, not much of a rower, not a nice guy. And now, after a long fall from his balcony, he's dead. One indisputably concrete fact in a web of innuendo, half-truths and rumour.

D/S Jimmy Suttle, a newcomer to the Devon and Cornwall force from his old job on Major Crimes in Portsmouth, is the one detective who suspects that Kinsey has been killed. But why? And by whom?

Answers don't come easy. Evidence is thin. His boss, beset by budget cuts and the pressure of other cases, needs to move on. Except that Suttle is more and more certain that he's looking at murder.

Jimmy Suttle is left to work alone - all too conscious that time, the pressures of the Job and the wreckage of his private life are lengthening the odds against any kind of result.

The enquiry is dead in the water. Suttle's wife, embittered by the move to a remote country cottage, is threatening to decamp with their daughter Grace. Worse still, the deepening shadow of a killing related to Jimmy's old life in Pompey is creeping ever closer.

Western Approaches: one man's bid to gamble his own integrity against the mounting chaos of the lives around him.

Hurley is a giant of British police procedural novels, and with Western Approaches we find an author on top of his game. As good as, if not better than Peter James and Ian Rankin. (Mark Timlin CRIME TIME)

This is another cracker from Graham Hurley...This is a very good opportunity to climb aboard and savour this writer's very addictive series. Brilliant. (CRIMESQUAD)

Graham Hurley's determination to look the seamy reality full in the face is refreshing because so rare...Hurley's devastating account of Suttle's marriage is one of the best things he has done. (Jake Kerridge DAILY TELEGRAPH)

Skillfully combining murder mystery and police procedural drama with a West Country travelogue, this is a satisfying read. (SUNDAY MIRROR) --This text refers to an alternate kindle_edition edition.

His eyes were open, the lightest blue, and the last seconds of his life had left him with an expression of faint surprise.

The start of a stunning news series from acclaimed crime writer Graham Hurley. Western Approaches maps the darkness at the heart of one man's ego - and poses a question that only D/S Jimmy Suttle is prepared to answer: what really happened to Jake Kinsey?

A body. A policeman. Over the edge...

The launch of a stunning crime new series from the author of the acclaimed Faraday and Winter novels.

Graham Hurley's experience as an award-winning TV documentary-maker hallmarks his realistic and gripping take on the police procedural. He lives in Devon, where this new series is partially set. www.grahamhurley.co.uk --This text refers to an out of print or unavailable edition of this title.
Read more

4.2 out of 5 stars
4.2 out of 5
106 global ratings
How are ratings calculated?
To calculate the overall star rating and percentage breakdown by star, we don’t use a simple average. Instead, our system considers things like how recent a review is and if the reviewer bought the item on Amazon. It also analyses reviews to verify trustworthiness.

Mr. Stephen Edwards
2.0 out of 5 stars A dramatic fall from grace
Reviewed in the United Kingdom on 24 May 2017
Verified Purchase
Really poor, and a big let down after the Faraday and Winter series. A very weak plot, not a great deal of police procedure, and some dreadful cartoon characters Our hero, Suttle, comes across as a thoroughly unsympathetic and rather stupid bloke, a dramatic transformation from his time in Pompey, when he was subtle and perceptive.
Read more
2 people found this helpful
Report abuse

Judith
5.0 out of 5 stars Good Read
Reviewed in the United Kingdom on 20 July 2020
Verified Purchase
This book was a good read. A seemingly straight -forward suicide soon turns into a murder investigation but with no evidence, it is a struggle to make a case.
The way the book ends makes me feel there is more to learn about Jimmy Suttle and his family so I look forward to the next book.
Read more
Report abuse

Bath Bhoy
3.0 out of 5 stars Suttle 1
Reviewed in the United Kingdom on 11 March 2014
Verified Purchase
This author was recommended by a friend and, as I had never read any of the Joe Farrady novels but knew that he had died, I started with this one as a fresh start. The constant reference back to the Farrady series was a little disconcerting but not as much as 50% of this book being devoted to the behaviour of Jimmy Suttle's wife and her destruction of their relationship. In addition I guessed the Reggie Perrin style ending well in advance. Perhaps the sequel will be better.
Read more
Report abuse

Graham Smith
2.0 out of 5 stars Did Hurley really write this?
Reviewed in the United Kingdom on 14 December 2013
Verified Purchase
Until I was at least half way through this book I was wondering if Hurley himself had written it or whether he had farmed it out to a student or similar! I just found the whole moaning monotone of Devon life in Chantry Cottage boring, irritating and shallow after 100 pages of it and and nearly gave up. It's not the fact it's set in Devon or the country, but the way it's written. No depth.
Having really enjoyed all the Faraday books made me persevere. Hoping for more from the next books.
Read more
Report abuse

mikey_k
5.0 out of 5 stars A change of location but the same quality
Reviewed in the United Kingdom on 28 November 2013
Verified Purchase
The change from Faraday & Winter in Portsmouth to Jimmy Suttle in East Devon is huge, and I see some reviewers found it difficult to adjust. However, it works far better than one might expect. The main characters are being explored thoughtfully & sensitively in their very different setting. The late 'guest appearance' seemed maybe a bit contrived but it was nice to be reacquainted. I enjoyed it immensely and look forward to reading 'Touching Distance'.
Read more
Report abuse
See all reviews
Get FREE delivery with Amazon Prime
Prime members enjoy FREE Delivery and exclusive access to movies, TV shows, music, Kindle e-books, Twitch Prime, and more.
> Get Started
Back to top
Get to Know Us
Make Money with Us
Let Us Help You
And don't forget:
© 1996-2020, Amazon.com, Inc. or its affiliates