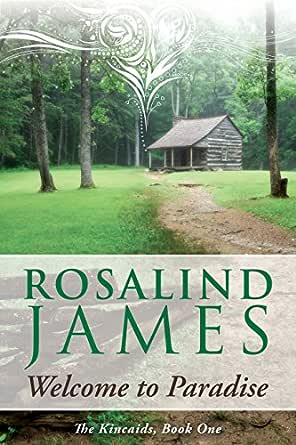 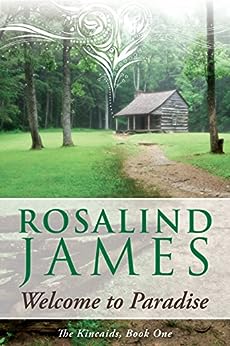 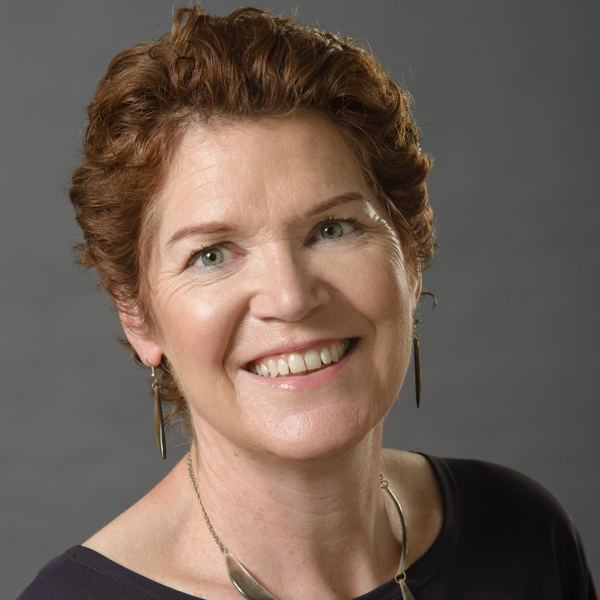 Rosalind James, author of the Kindle-bestselling "Escape to New Zealand" series as well as the new "Kincaids" series, is a former marketing executive who spent several years living and working in Australia and New Zealand, and fell in love with both countries. --This text refers to the paperback edition.

4.4 out of 5 stars
4.4 out of 5
551 global ratings
How are ratings calculated?
To calculate the overall star rating and percentage breakdown by star, we don’t use a simple average. Instead, our system considers things like how recent a review is and if the reviewer bought the item on Amazon. It also analyses reviews to verify trustworthiness.

Kirst's Book Reviews
5.0 out of 5 stars Reality TV in a book...count me in!
Reviewed in Australia on 31 December 2015
Verified Purchase
I was hooked from the beginning. Reality TV in a book...count me in! I loved the supporting characters. Stanley was a real sweetheart. Zara was like a mother figure for Mira. Kevin was fabulous and I was happy to see that he was a good worker and team member. Then there's Gabe and Mira. I love the developing relationship between these characters and needed a fan to cool down from all the sexual tension between these two! What can they possibly get up to on a reality TV show, I hear you ask? You'd be surprised! This book does not disappoint. I loved Mira's personal growth throughout the competition. I LOATHED Scott, but then, so did everybody else. I was happy that Mira had her new friends to help her to realise how awful Scott was. The only thing I may have a slight issue with is the extent of Scott's crazy behaviour at the end of the book, but then, his true colours had just been filmed for National television, so that probably tipped him over the edge. I was happy with who won the competition and very happy with Gabe and Mira's HEA! I will be reading more books from this author :)
Read more
One person found this helpful
Helpful
Comment Report abuse

Relationship Doctor (Book reviews)
1.0 out of 5 stars Disappointed
Reviewed in Australia on 9 September 2014
Verified Purchase
I wanted to like this book.... i really did... but could not get pas chapter 3. I read a lot of things but did not feel any of it. Dont get the other reviews. Got it for free so not too upset, but would be if i had paid for it! Sorry :(
Read more
One person found this helpful
Helpful
Comment Report abuse

Rowena J-P
5.0 out of 5 stars One of the author's best
Reviewed in Australia on 7 January 2017
A great read from start to finish, long with a lot of detail (so if you ONLY want steamy sex youre going to get bored) and a lot of characters (and I mean a LOT - this book has a huge casr), all of them ringing true and all of them pulling you further into the story. Add in a hero and heroine who you can't help but care about and you have a gripping story of love and ... (my personal least favourite genre of TV, but still) reality TV. Even better, I can't wait to read the next in the series and find out how Alec's story goes!
Read more
Helpful
Comment Report abuse
See all reviews

BananaTricky
4.0 out of 5 stars Reality TV romance as contestants go back to 1885
Reviewed in the United Kingdom on 27 May 2019
Verified Purchase
Imagine a reality TV show where contestants live like settlers in 1885.

Mira Walker is a management consultant with a distant and judgemental father, she and her boyfriend Scott enter a reality TV show where the winning couple can win $1 million. Scott is a lawyer and convinced that he has a winning strategy, highly competitive he wants to win at any cost.

Gabe and Alec Kincaid are brothers who have entered the competition for different reasons. Good looking and charming, the brothers have obviously been selected for their visual appeal.

From the moment Gabe first lays eyes on Mira as she stands watching a sunset outside their hotel on the eve of the competition he is struck by her smile and her capacity for joy.

When I got an email alert from eReaderIQ that this book was free (BTW check this site out - alerts when books by your favourite authors go down in price, or specific books, as well as general alerts when books drop significantly in price) I was intrigued because I had never seen/heard of this book from one of my favourite authors. This actually 'felt' more like a book by Susan Elizabeth Phillips than Rosalind James and I got the feeling that this might have been an old book from her back catalogue, although Goodreads informs me that this was first published in 2013, which is not that long ago.

Nevertheless, my feelings about the style and age of the novel aside, this was a fun read as the typical mixed bag of stereotypical contestants (token black couple, token hispanic couple, glamorous young women, intellectual couple, gay brother and sister, famous couple etc) learn to live like settlers, building fences, milking cows, living off the land and entering weekly competitions to survive being voted off the competition by their teammates. As always the competition has a few twists for the contestants, friendships are forged, alliances are formed and people reveal their true selves under pressure.

I read somewhere that everyone wants a Gabe and I couldn't agree more, a handsome charming Doctor with a heart of gold, he and Mira are destined for each other - although they aren't alone in showing well in adversity. Intrigued I have been drawn into buying the second book in the series, which I assume will feature Alec.

Riverdaffyd
5.0 out of 5 stars Excellent story
Reviewed in the United Kingdom on 31 August 2016
Verified Purchase
I bought this book ages ago, and managed somehow to not read it! That was a shame, as it is a very enjoyable story. A real mix of people come together to take part in a reality television programme. They have to be in pairs, so there are two brothers, father and son, mother and daughter, brother and sister, husbands and wives, boyfriend and girlfriend, and a couple of girls who are friends. They have to live the life of the settlers in the American west exactly as it would have been, with a couple being voted off each week, the winning couple have a prize of a million dollars.
Things don't go as planned, as instead of working in their pairs as had happened in previous series one of each pair goes to each of the venues. It is a very hard life, and they react in various ways to the chores they have to do, then at the end of each week they all get together to try and beat the other team in knockout tasks. The winning team have to pick someone from their own team to leave, which also means that their original partner is out as well.
Mira is there with her boyfriend Scott, who is very manipulative, and not a very pleasant person. Twins Alec and Gabe are very similar to each other, but Gabe is in the team with Mira, and they soon find that they like each other a lot, but for a long time they fight the attraction, after all, they are being filmed almost all the time, almost wherever they go.
Rosalind is extremely good at writing emotions, and feelings, it is easy to picture the hard work they are all having to do. There are several episodes of high drama, but they feel natural, not forced in any way. It is a good read. I recommend it.
Read more
One person found this helpful
Report abuse

Mags
4.0 out of 5 stars Great read
Reviewed in the United Kingdom on 30 May 2015
Verified Purchase
Great read. Well thought out story regarding reality TV series. I felt the ending let it down as it seemed rushed after being caught up in the day to day reality show, the intensity of it and who was going to win.
Would still recommend as I really enjoyed it.
Read more
Report abuse

A. Hemingway
5.0 out of 5 stars Loved the story line
Reviewed in the United Kingdom on 20 June 2016
Verified Purchase
Rosalind James is fast becoming one of my favourite authors. Loved this book such a different idea for a story funny exciting and entertaining
Read more
Report abuse
See all reviews
Get FREE delivery with Amazon Prime
Prime members enjoy FREE Delivery and exclusive access to movies, TV shows, music, Kindle e-books, Twitch Prime, and more.
> Get Started
Back to top
Get to Know Us
Make Money with Us
Let Us Help You
And don't forget:
© 1996-2020, Amazon.com, Inc. or its affiliates