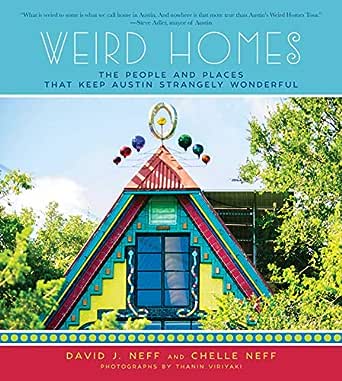 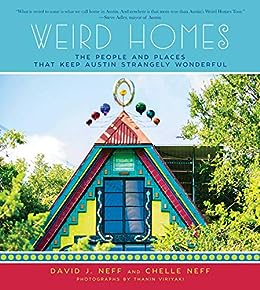 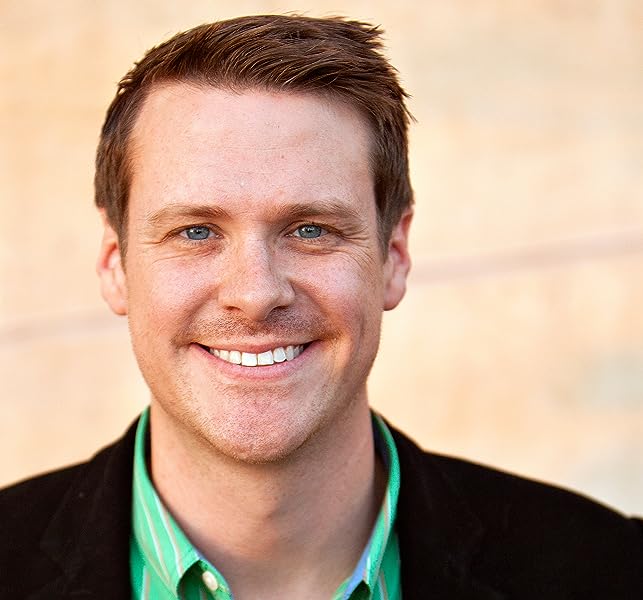 "What is weird to some is what we call home in Austin. And nowhere is that more true than Austin's Weird Homes Tour."
--Steve Adler, The Honorable Mayor of Austin "So jam-packed with amazing photos that it'll scratch your oh-I-want-to-see-these-things itch."
--The Austin Chronicle "Filled to the brim with colorful photos, [this book] takes you into the homes you thought only existed in dreams."
--Texas Standard "Showcases the unique Austin homes on the [Weird Homes] tour and the people who opened their doors so we could see what's inside--and find out more about them."
--Curbed "A book chronicling some of the property oddities Austin has to offer, including a Dumpster house and the former home of Friday Night Lights character Tim Riggins . . . uniquely Austin."
--Austin Monthly "The annual Weird Homes Tour is a staple of the Austin event scene . . . David and Chelle Neff share the evolution from creative tour to beautiful book."
--CBS Austin --This text refers to the paperback edition.

David J. Neff and Chelle Neff share a love for interesting design, eye catching architecture, and all things weird and whimsical. These things brought the two together and are the driving force catapulting their Weird Homes Tour(TM) into new markets each year. By day, David is an author and digital strategy consultant and Chelle owns and operates Urban Betty Salon, an Austin beauty-scene institution. The Weird Homes Tour has not only given the couple a way to satisfy their own curiosity about what lurks inside the county's weirdest homes but it has given them a way to give back to the communities that are home to these iconic treasures as each tour donates a percentage of its sales to local affordable housing nonprofits. Thanin Viriyaki came from Bangkok, Thailand, at a very early age to settle in Texas and become an American. Though in his youth he wished to become a transformer, his strong interest in art eventually led him to pick up a camera. He always had piles of photographs covering his bedroom floor; the family camera became his tool to record inspirations for his drawings and paintings and eventually led him to take up photography for his major at the University of North Texas. Since then he's become an internationally known photographer around people, places, and food. --This text refers to the paperback edition.

Farm Girl
5.0 out of 5 stars A MUST HAVE~~~~
Reviewed in the United States on 5 February 2018
Verified Purchase
I've actually taken the Austin Weird Homes Tour before and the book does not disappoint! The photography captures the fun and uniqueness of each home so perfectly- it was just like taking the tour all over again! If you can't make it to Austin to see what makes it so weird, then, you really need this book. If you have been on the tour, then you will want this book for its memories. The book absolutely keeps up with the spirit of what keeps Austin weird.
Read more
5 people found this helpful
Report abuse

LJGlow
5.0 out of 5 stars A Critical Time Capsule of Fading Austin Weirdness
Reviewed in the United States on 21 April 2018
Verified Purchase
I've had the privilege of working with and volunteering alongside David and Chelle as they built the Weird Homes Tour from the ground up. Visiting these homes on tour day is such a treat. You can't help but be inspired. I'd say pictures don't do the homes justice, but Thanin Viriyaki's photos are an exception. This book is nearly as good as stepping into the homes themselves. And the best part is that it captures the other magical side of the tour: Learning about the artists and creators who call these places home. Most are struggling against the gentrification and soaring property taxes Austin is experiencing right now. Some of the homes featured in this very book no longer exist for that very reason (for real: one was recently bulldozed to make way for a fancy new million-dollar home). So while this book is pretty and entertaining, it also serves as an important time capsule for our fading weird-and-wonderful Austin culture. Thank you David, Chelle and Thanin for capturing these stories and images so that they can live on!
Read more
Report abuse

nikki a.
5.0 out of 5 stars Wackidoodle homes...and some inspiring ideas!!!
Reviewed in the United States on 29 August 2020
Verified Purchase
I sure would hate to clean some of these homes...but what a fantasy life revealed! And the people who created these homes....I kept thinking, "My ex-husband would LOVE this artistic woman...and this one,,,and this one....so terribly true. But my son will love the dumpster house idea, the village of tiny homes on Hog Eye Lane, and the small but wonderful living space of that dumpster house guy...the professor at Huston Tillotson. Sorry, the book is already in my car, ready to be taken to my son!!! His father will have to get it later...maybe never.
Read more
Report abuse

Illinois Reader
5.0 out of 5 stars Weird and wacky but wonderful
Reviewed in the United States on 16 August 2020
Verified Purchase
Beautiful pictures and interesting text make this an unique book about Austin, Texas. Definitely NOT your usual tourist book! Various collections and architecture are featured, providing something for anyone who is a creative dreamer!
Read more
Report abuse
See all reviews
Get FREE delivery with Amazon Prime
Prime members enjoy FREE Delivery and exclusive access to movies, TV shows, music, Kindle e-books, Twitch Prime, and more.
> Get Started
Back to top
Get to Know Us
Make Money with Us
Let Us Help You
And don't forget:
© 1996-2020, Amazon.com, Inc. or its affiliates