Behind The Silence and over 1.5 million other books are available for Amazon Kindle . Learn more
Share <Embed> 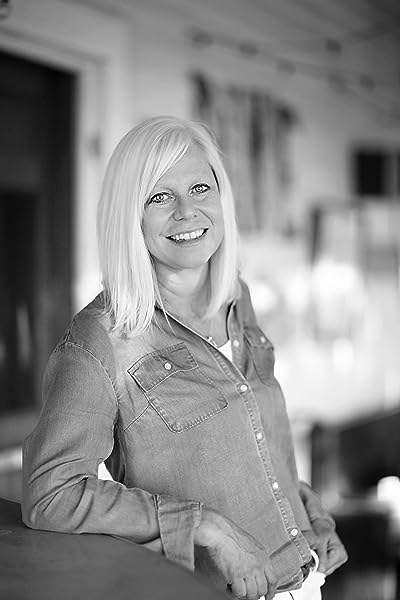 Page 1 of 1 Start overPage 1 of 1
Previous page
Next page
Start reading Behind The Silence on your Kindle in under a minute.

4.4 out of 5 stars
4.4 out of 5
633 global ratings
How are ratings calculated?
To calculate the overall star rating and percentage breakdown by star, we don’t use a simple average. Instead, our system considers things like how recent a review is and if the reviewer bought the item on Amazon. It also analyses reviews to verify trustworthiness.

Margaret Taylor
5.0 out of 5 stars Behind the Silence
Reviewed in Australia on 13 December 2018
Verified Purchase
I love the way Heather Gudenkauf deals with relationships and the consequences of actions within these relationships. Her resolutions are always a mystery, to me, until the end of the book. She doesn’t disappoint ♥️
Read more
Helpful
Report abuse

Lynda Kelly
5.0 out of 5 stars Give This Author A Go-You'll Not Be Disappointed
Reviewed in the United Kingdom on 7 January 2015
Verified Purchase
An easy 5 stars. Loved this book. Do give this author a go if you haven't already-she's good. Yet her books usually centre around kids so not what you'd expect to draw me to them if you know me. However, they have mystery and plenty of "secret stuff" going on which greatly appeals to me. (I really like her covers too).
In this one I really was quite taken by some of the quaint little observations she made.......for example a squirrel wringing its paws. You know that's what they do but for somebody with the proper words they bring that to life before your eyes. I like that. Some of the things Ben observed throughout and the way he described them I found very appealing as well. He was sweet.
Antonia I thought more than once a pretty atrocious mother at times with little backbone I wanted to shake !!
I got a bit baffled when it was mentioned that November of her senior year she was serious with somebody in a relationship but then on ensuing pages it seemed she was dating someone else in April of her senior year.....I flicked back 'n' forth but didn't get to the bottom of that puzzle.
I spotted a random space added into hap pen for no good reason and a missing one in collegeeducated then a dropped hyphen in faceto-face and she used hand and hand as opposed to hand in hand. That was IT for errors though so even I couldn't knock off a star for those !!
As I said, I'd really recommend you at least try this author.....you can thank me later !!

daisyduck1976
4.0 out of 5 stars Really grew on me
Reviewed in the United Kingdom on 8 January 2012
Verified Purchase
When I started reading this book, I was a bit disappointed. Although I was enjoying the style of each character having a chapter each to describe the story from their point of view (3rd person for selective mute, Callie), I felt that it seemed obvious what the big mystery was. It was slow to get going.

Then at almost exactly half way through, I changed my mind! Events in the second half of the book move very quickly and it became much more of a page-turner from that point on.

I thought it was generally well written. I was invested in the characters, particularly Ben and Callie. I enjoyed everyone's backstory and the different points of view from which they viewed the situation.

I agree with other reviewers that there wasn't as much depth to the story as there could have been. I was disappointed with the big reveal at the end, but obviously can't explain why due to spoilers! I also thought that the reason for Callie's selective mutism was explained far, far too early, which drained away any potential suspense from that part of the story.

However, I thought it was a gripping enough thriller and I would recommend it.

pat
5.0 out of 5 stars Brilliant
Reviewed in the United Kingdom on 26 May 2018
Verified Purchase
Two nights to read this....I couldn't put it down. Every chapter was gripping. I absolutely loved it. Good old Calli.
Read more
Report abuse

CHARLENE
5.0 out of 5 stars Great!
Reviewed in the United Kingdom on 20 October 2013
Verified Purchase
Having read all 3 of Gudenkaufs books I find it hard to choose my favourite between this and One Breath Away.

This book had many twists and turns, it kept me turning the pages into the wee hours of the night! I just couldn't get enough, I had to know what the outcome would be. I must say I was not disappointed with the outcome, there is a few twists in this story that I certainly did not see coming! The characters are likable and believable, I became emotionally attached to them and continued to think about them when the story was over. For me that is the essence of a good book.

Karrie
5.0 out of 5 stars The Weight of Silence
Reviewed in the United Kingdom on 29 May 2013
Verified Purchase
This is the second book I have read by Heather Gudenkauf and it was just as brilliant the first one (although for different reasons).
I loved the story and the characters and Heather writes so beautifully that I felt as if I wanted to be a part of it.
It was just brilliant and it conjured up all sorts of emotions including tears and smiles.
I would recommend this book to anyone give it a go you will enjoy it.
Karrie
Read more
Report abuse
See all reviews
Get FREE delivery with Amazon Prime
Prime members enjoy FREE Delivery and exclusive access to movies, TV shows, music, Kindle e-books, Twitch Prime, and more.
> Get Started
Back to top
Get to Know Us
Make Money with Us
Let Us Help You
And don't forget:
© 1996-2020, Amazon.com, Inc. or its affiliates