$42.47
+ $11.36 delivery
Sold by: Nimbus Retail ~
Flip to back Flip to front
Listen Playing... Paused   You're listening to a sample of the Audible audio edition.
Learn more
See this image 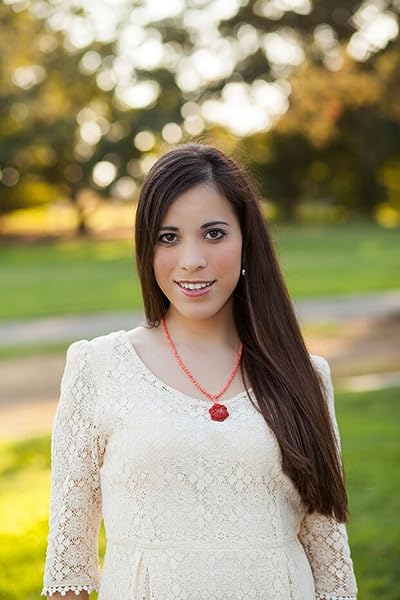 4.2 out of 5 stars
4.2 out of 5
92 global ratings
How are ratings calculated?
To calculate the overall star rating and percentage breakdown by star, we don’t use a simple average. Instead, our system considers things like how recent a review is and if the reviewer bought the item on Amazon. It also analyses reviews to verify trustworthiness.

Erin Michelle Ross
2.0 out of 5 stars Failed to resonate
Reviewed in Canada on 19 February 2019
Verified Purchase
This book is written for a YA audience and adults who are nostalgic about their first teenage love. Unfortunately, I was reading Leon Uris and Pat Conroy when I was 17. So I'm not sure Cluck and Lace and their family conflicts would have held my interest as a teen. But I will say that I did lose myself in the story, the chapters are relatively short, and I've never seen so many teenage girls walking around the school unable to tear their eyes away from a novel. So, the targeted audience truly loves it, but it just wasn't my cup of tea.

Johanna
3.0 out of 5 stars Review of the audiobook version!!
Reviewed in Germany on 2 January 2016
Verified Purchase
After I bought this book from Amazon I got my hands on an audiobook version and decided to listen to this book rather than read it. That might have been the wrong decision. I would give the audiobook a two star rating but I'm going to give the book three stars because without the bad narration it might be a tiny bit better.

So this is one of the very seldom times that I don't like a hyped book. Ehh, well no. Unfortunately, I often have problems with books that other people seem to enjoy a lot. I thought this would be absolutely right for me because I love Maggie Stiefvater to death and I thought The Weight of Feathers could be similar.

I do give a very well-earned star to the female narrator. Cynthia Farrell did a great job. I always anticipated her parts of the stories. But that also means that I despised the parts that Kirby Heyborne read. His French was awful. I guess not many Americans realize that but as a German, a direct neighbor to France, I do and I couldn't stand most of his reading with the supposed French accents or the direct French quotes from the beginning. That was very unfortunate because the idea for those quotes at the beginning was quite lovely and totally destroyed by this narrator.

I liked McLemores poetic language and her idea for the two different clans. Her weaving fantasy and reality together was fascinating. I think the story had a lot of fairytale elements. And maybe that was also the reason why it didn't work for me because it was still set in a realistic world. The animosities between Palomas and Corbeaus was always comic-like. Everything was exaggerated and I kept thinking that no rational person would ever be that superstitious or hold such an evidence free grudge for 20 years.

And there was another problem that I had with this book. There was close to nothing at all happening. All the tales and superstitions, that was basically the whole plot. You simply have to add the teenage love story to that and there you go. This was way too simple for me and I would have enjoyed a bit more action.

So overall, The Weight of Feathers just wasn't my cup of tea but I'm sure there will be lots of people that are delighted by this intriguing mixture of fantasy and love story. I would simply recommend to read the book and not let it be spoilt by the poor male narration.
Read more
One person found this helpful
Report abuse

Heather
5.0 out of 5 stars Lovely, if predictable, novel
Reviewed in the United States on 15 December 2019
Verified Purchase
(As a note, I will be using they/them/their pronouns to refer to the author in this review. They realized they were NB this year and I respect them.)

I had read Anna-Marie McLemore's Blanca & Roja earlier for my book club and I liked it well enough, but I wasn't blown away. One of the main reasons I was looking forward to reading it was that their language was supposed to be lush and beautiful, I was thinking something like Catherynne Valente's prose. But I had bought all their books because I was very into the idea of magical realism.

I have a lot of free time on my hands lately (please don't ask), and I decided to revisit their works, this time with their earlier novel. I was expecting the same topics they usually wrote about, for the novel to include queer characters, but this one didn't, which disappointed me.

In this novel, we have the Palomas and the Corbeaus, two traveling performing families each using different skills. The Palomas don tails and swim, presenting themselves as mermaids to the towns they visit; the Corbeaus wear giant wings and climb trees, walking the branches as easily as breathing.

Each family also has their distinctive marks about them: The Palomas have escamas in certain places, but do not show them off to the patrons of their shows because they are a gift from the river goddess. The Corbeaus have feathers growing out of the back of their heads.

(I'm gonna stop right here and say that you could remove this element from the story and it wouldn't lose anything. Aside from a few times where Lace is trying to fit in with the Corbeaus, her escamas don't really serve a purpose. She thinks about them quite a bit in the beginning of the novel. While Cluck's feathers are more important to the story, they don't come up that often in the middle chunk of the novel.)

So we have Lace, who's just being allowed to join the Palomas' river shows, and Cluck, who's horribly abused by most of his family because his feathers are black with a tinge of red. And they meet. I'm sure you can guess where this is going.

But, by God, was it beautiful. I know I said their prose didn't catch me with Blanca & Roja, but here it was lush, beautiful, enchanting. It was so pleasing to read a book written like this. I do have to admit though that I would pick the book up, read it in chunks, and then put it down for days. Probably more to do with my current situation than interest in the novel, but yeah.

Also, I feel like the book dragged a little after Lace left her family? I'll get into that later.

Back on topic. The Palomas and the Corbeaus have been feuding for a few decades, since a mysterious event at the lake in the town both families are performing in killed a member of each family. Until this event, it was a friendly rivalry, after it became a blood feud.

The night the novel begins, Lace goes into town to get something to eat and notices her cousins beating up a local boy. She pulls them off him, helps him up, and he follows her to the store. Later that night, she notices black feathers with red shot through.

Even later that night, the plant in this town has a meltdown due to a problem Cluck's grandfather warned them about decades ago, and it begins raining acid. As Cluck is attempting to help save another member of his family, he finds Lace with her clothes burning into her body and decides to help her. As she's laying in the hospital, she finds out he's a Corbeau and furiously sends him away. When she recovers, her family finds a feather burned into her forearm and decide to disown her, leading Lace to join up with the Corbeaus, undercover, for some work.

It's a bit predictable, though I kinda enjoyed the romance here. Neither character felt like they had already fallen in love with the other before the story started. Cluck comes to realize he loves Lace over the course of the story, and Lace realizes that Cluck is different than his family.

I'm gonna end this by asking what time period this book takes place in. It felt very 50s-60s, but then there were things that felt present day...

It's a lovely book and wonderful introduction to McLemore's works, so I highly recommend it.
Read more
One person found this helpful
Report abuse
See all reviews
Back to top
Get to Know Us
Make Money with Us
Let Us Help You
And don't forget:
© 1996-2021, Amazon.com, Inc. or its affiliates