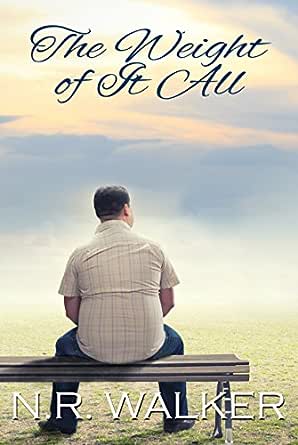 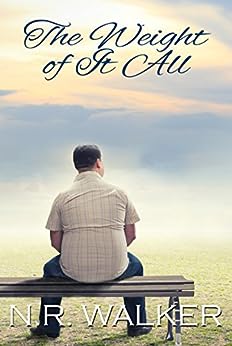 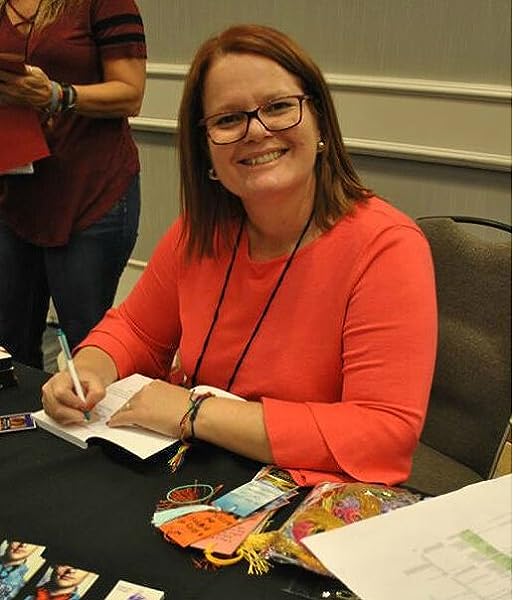 The Weight Of It All Kindle Edition

N.R. Walker is an Australian author, who loves her genre of gay romance. She loves writing and spends far too much time doing it, but wouldn't have it any other way. She is many things; a mother, a wife, a sister, a writer. She has pretty, pretty boys who live in her head, who don't let her sleep at night unless she gives them life with words. She likes it when they do dirty, dirty things...but likes it even more when they fall in love. She used to think having people in her head talking to her was weird, until one day she happened across other writers who told her it was normal. She's been writing ever since... --This text refers to an out of print or unavailable edition of this title.

4.7 out of 5 stars
4.7 out of 5
380 global ratings
How are ratings calculated?
To calculate the overall star rating and percentage breakdown by star, we don’t use a simple average. Instead, our system considers things like how recent a review is and if the reviewer bought the item on Amazon. It also analyses reviews to verify trustworthiness.

Liash
TOP 50 REVIEWER
5.0 out of 5 stars Loved it - beautiful and heartfelt read
Reviewed in Australia on 14 February 2019
Verified Purchase
What an amazing read! The storyline was interesting and flowed well, the characters all brilliant, likeable and so very well developed, and there was the added bonus of some deeper self awareness and acceptance themes throughout as well. And to top it off, it was based in Australia - I loved that I knew the places the characters went so could really visualise it!

Henry - what can I say except that he is amazing! His verbal diarrhea made for many hillarious moments - I couldn't help but laugh! The reactions of other characters in these situations was perfect as well. He is such an beautiful soul, but with very little self confidence - which wasn't helped by his douche of an ex. While the book was told completely from his perspective, we also got a really good feel for Reed, as well as their friends Anika, Sean, Melinda and Emily. Reed was another diamond in the rough - I loved his connection with Henry and how they got along so well from the start. Despite the differences in their current physical appearances and career paths, they had a lot in common and the conversation between them was always easy and seemingly endless. When Reed revealed his secret to Henry, it made a lot of his earlier reactions and comments make sense, but it never altered how he felt for Henry or vice versa.

I loved Henry's journey of self discovery. It wasn't about Reed, or even his weight loss, it was about his self discovery and acceptance - learning to love himself for who he was, regardless of what his exterior looked like.

The ending was well written, and very satisfying. While I would love more of these two, seeing them several years down the track perhaps, I was really happy with how it wrapped up.

An easy one to review and rate 5 stars, and definitely a book I would recommend.

Alan
TOP 1000 REVIEWER
5.0 out of 5 stars Funny and important - a perfect book!
Reviewed in Australia on 7 October 2020
Verified Purchase
If N.R. Walker never wrote another book, this one would be enough - it’s for anyone who has ever struggled with their weight and associated self-esteem, and it’s a book to be very proud of. Not only is it funny and entertaining, but it tackles being overweight with insight and sensitivity. Henry’s long-term partner leaves him after pointing out Henry has gained a lot of weight and is not in shape. Struggling to master his weight and eating, he enrols for personal training under the supervision of the gorgeously fit and supportive Reed. I laughed when an exhausted Henry thought he’d completed his first workout, only to be told he’d just completed the warmup! I liked the messages about self-acceptance, about not needing to be physically perfect, and about valuing other’s personality traits over their physical attributes. Body shaming is a huge issue in the gay community and it’s great to see a book that questions the ridiculous standards. 🎧 Except for “I know, right?”, which must be an Australian-only phrase, Joel Leslie narrated in a near perfect Australian accent. As usual, his pacing, comic timing, and his range of character voices and emotion were excellent.
Read more
Helpful
Report abuse

Jeanie Giles
TOP 500 REVIEWER
5.0 out of 5 stars Sensitive and funny
Reviewed in Australia on 15 April 2019
Verified Purchase
I was reluctant to read this, unsure where this sensitive topic was going or how it would be handled. I should have known better. Overweight and unhealthy, Henry suddenly and unexpectedly finds himself single after 8 years. Using this as motivation to get his man back he heads for the local gym and a personal trainer, Reed... who is built and gorgeous. As the muscle agonising days pass into weeks, then months, Henry finds himself, with Reed's 100% support by his side . As the weight drops off, Henry realises he is more than he ever thought. Written with sensitivity and hilarity this is a lovely story about self perception and belief and how it just takes all the right ingrediants to make a delicious outcome.
Read more
Helpful
Report abuse

PamR
3.0 out of 5 stars A pleasant read
Reviewed in Australia on 20 October 2017
Verified Purchase
This was a sweet little read. Henry has fallen into a slow slide into apathy that is only halted when his boyfriend breaks up with him. He realises he needs to start keeping better care of himself and so joins a gym and meets Reed, the personal trainer. From there, the two build up a lovely friendship. They really click and Reed's kindness helps Henry overcome his insecurities and rediscover his joy for life.
I liked this couple, they were funny and sweet and honest. The story is nicely written with great supporting characters and a great slow burn romance. Unlike so many other romance novels, NR Walker lets us see Henry and Reed talking and interacting so we get to see them click, rather than just being told that they do. It's the old "show, don't tell" trick that is too often ignored in this genre.
Although I liked this low-angst, feel-good romance, it's got some flaws. Firstly, Reed is too perfect and consequently a bit dull, especially against Henry's fully realised character. Perhaps that issue relates to my second problem with this story - I just didn't feel that invested in their togetherness. I think Reed, as this sex object/mentor/saint type figure took away from any sense of doubt that the attraction was mutual. The end felt inevitable, and although romances almost always have an HEA, the journey is what counts. This one lacked a compelling journey.
Even so, it was a nice, positive read with a sweet ending.
Read more
One person found this helpful
Helpful
Report abuse
See all reviews

Catman
4.0 out of 5 stars Good read, with something important to say
Reviewed in the United Kingdom on 20 June 2018
Verified Purchase
I almost gave up on this book. For me, the first fifty or so pages let the book down. The characterisation was poor, and the story forced. Then, the author seems to change gear, and a well written story, that has something important to say, emerges. I started to care about Henry, the main character, and it became a ‘couldn’t put it down’ book. However, the character of Henry’s personal trainer, Reed, is attractive in every sense of the word, but is never fully formed. I wouldn’t describe it as ‘laugh out loud’ book, but Henry’s humour is well written. The book has a ‘feel-good’ factor, and a heart warming ending, and I’d certainly recommend it. Now I have finished the book, I miss Henry!
Read more
Report abuse

Kindle Fairy
5.0 out of 5 stars Another great story
Reviewed in the United Kingdom on 6 January 2018
Verified Purchase
I am rarely disappointed by N R Walker and I was completely immersed in the world of Henry. I even feel like exercising. (Don't worry I contained myself). It is just a good read, plain and simple.

On reflection, I like the idea of where Henry starts from and the issues about body image and stereotypes that were covered and also where he ends. There is nothing shocking, really, I just thought there was a really good balance. It is very easy to fall into the trap of labelling something as bad whilst trying to justify its opposite as good but Walker navigated weight gain, self esteem and body image without stumbling into the usual pitfalls. It is an all round feel good book, lol.
Read more
Report abuse

Jo Balls
5.0 out of 5 stars Best N R Walker I've Read So Far
Reviewed in the United Kingdom on 6 March 2018
Verified Purchase
I love the N R Walker stories, but this one was the best so far. Partly because I used to be very overweight myself & still plump, but I also loved all the references to Harry Potter etc. My husband kept asking me why I was smiling while reading. I also got teary sometimes. It was one of those books you didn't want to stop reading but were also dreading actually getting to the end.
Read more
Report abuse

Snufkin
5.0 out of 5 stars I fell in love with the characters!
Reviewed in the United Kingdom on 5 July 2020
Verified Purchase
I have the biggest smile on my face. Oh My God this book was perfect. Laugh out loud funny too. Henry you made me smile all day long and now that the book is over I WANT MORE.... DAMMIT!!
I loved every bit of it. Great Job.
Read more
Report abuse

Kindle Customer
5.0 out of 5 stars An epic and realistic love story
Reviewed in the United Kingdom on 20 September 2016
Verified Purchase
I absolutely loved this book. Henry was a very real, and likeable character. He wanted to change after a horrendous breakup with his boyfriend of 8 years. He started by going to the gym, where he got more than he signed up for. I also liked Reed, he also had issues to do with an ex but they were perfect for each other, only Henry needed to learn that for himself, with some help from Reed, it was great watching his confidence grow.

I loved how real this book was, I connected with Henry & Reed,

Highly recommend reading
Read more
Report abuse
See all reviews
Back to top
Get to Know Us
Make Money with Us
Let Us Help You
And don't forget:
© 1996-2021, Amazon.com, Inc. or its affiliates