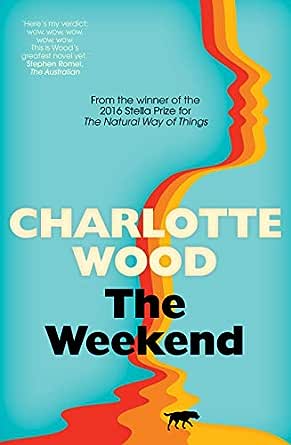 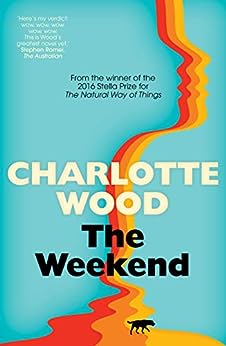 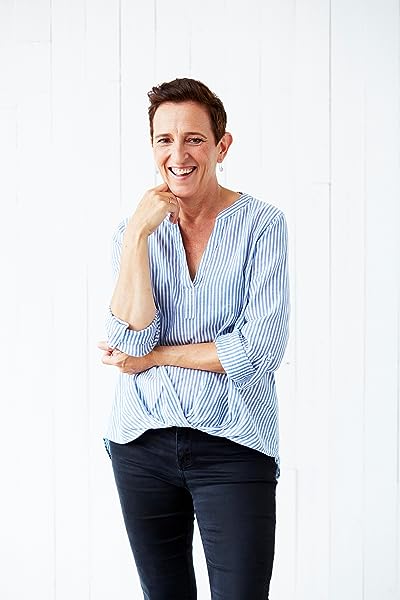 I plan to read this insightful, poignant and fiercely honest novel about female friendship and female ageing a second time, then seek out every other book its marvellous author has written., Sigrid Nunez, author of the New York Times bestseller and National Book Award-winner THE FRIEND

I read Charlotte Wood's new novel, The Weekend, in one sitting. Here's my verdict: wow, wow, wow, wow, wow . . . This is Wood's greatest novel yet . . . A final sequence as powerful as anything in Who's Afraid of Virginia Woolf? I had that strange feeling of realising my heart was beating too fast. Yet I hadn't left the couch in a few hours, except to make a cup of tea. -- Stephen Romei, The Australian

When Charlotte Wood finished writing her furious tour de force, The Natural Way of Things, she declared that for her sanity she would next write a lighter, funnier novel. And so she has - in a way. What could possibly be disturbing in a comedy about a group of ageing female friends? . . . The Weekend is Big Chill, with a dash of Big Little Lies and an echo of Atwood's The Robber Bride . . . Wood, a mere youngster in her 50s, researched the biology of old age during a fellowship at the University of Sydney and nimbly inhabits these bodies and minds. The Weekend is perhaps a more serious comedy than Wood originally intended because she can't help seeing vulnerability and injustice. Ageism is another face of sexism: older women are shut out of work, love and financial security; men are still dominant, and now young people are patronising . . . Wood has captured the zeitgeist again, with a mature ease that entertains even as it nudges our prejudices. -- Susan Wyndham, Guardian

This richly textured novel is about so many things that it's hard to do justice to all of them. But there's something even deeper going on, something about existence itself. One of the underlying themes of this novel is the precarious nature of womanhood even in first-world societies: what seems to be social or financial or emotional security often turns out to be largely illusory. Wood's technique in this novel is masterly. -- Kerryn Goldsworthy, Sydney Morning Herald

One of the best novels of the year . . . I couldn't remember the last time I had reviewed a book like it . . . as beautifully contained as a stage play . . . Wood is able to maintain focus on her characters, which she dissects with the precision of a vivisector . . . [they] are scrutinised here without sentimentality, though not without humour. Wood is both comic and incisive in exploring the power dynamics and gaslighting that can take place in relationships . . . Wood is a writer who is majestically in control, making it easy for a reader to surrender. -- Maria Takolander, The Saturday Paper

The Natural Way of Things was a knife; The Weekend is a scalpel . . . a faultless cultural vivisection. Our epidemic of loneliness, growing class inequality, ever-present misogyny, male fragility, and the vicious rift of intergenerational animus . . . Wood's writing is at its incisively savage best. Our culture erases ageing women, relegates them to grandmotherly softness, or doddery cat-lady madness: biddies, busy-bodies and old bats. There is nothing lavender-scented about this caustic and humane novel. -- Beejay Silcox, The Australian

The Weekend is a character study and an interrogation of the heart. With poise and originality Charlotte Wood discloses the lives of three women who are surprised by age. This is a mightily accomplished work . . . Wood, in this engaging, stylish work, suggests that only by attending to the subtle ties involved in connection with others might there be an answer from the echoing void. -- Helen Elliott, The Monthly

Masterful . . . An illuminating novel of friendship, joy and hope, tempered by fear and sadness. Wood describes the ordinary with such clarity, it is at once both tender and devastating. Her skillful observations of the minutiae that make us human ultimately show us who we really are. -- Karen Viggers, The Canberra Times

Wood once again uses layered, alternating voices, as she did to such powerful effect in The Natural Way of Things, to reveal the contrast between each woman's view of herself and the way she is seen by the others . . . The narrative has a taut, restless energy . . . Wood is not afraid of dealing with weighty material: death, grief, age, and the loss of control - or the mirage that we ever had any control - over our bodies and the way they are perceived . . . Wood has introduced us to three striving, difficult, vulnerable and engaging women, who are all very much alive. -- Sophia Barnes, Sydney Review of Books

'Savage: think Atwood in the outback' Paula Hawkins, on The Natural Way of Things

'Wood's writing is direct and spare, yet capable of bursting with unexpected beauty' Economist

'An unforgettable reading experience' Liane Moriarty, on The Natural Way of Things

'A consummate observer of the human condition' Australian Book Review

Three women in their 70s - bruised by life, discarded by society, bursting with anger - reunite for one last, life-changing weekend.
See all Product description

rayofsunshine
1.0 out of 5 stars Not my thing
16 November 2019
Format: Kindle EditionVerified Purchase
While reading I kept thinking these three characters meant to annoy me, and they did. I suppose that is a sign of good writing when the people in the story are drawn strongly. But I didn’t like the way the story drifted all over the place, making the whole book hard to follow and get involved in. I had no feelings at all for the three ladies or even the dog.
Read more
2 people found this helpful
Helpful
Comment Report abuse

Shirley Whittington
3.0 out of 5 stars Death divides 3 friends who seem to dislike each other anyway
14 November 2019
Format: PaperbackVerified Purchase
Interesting premise. Well written characters. And good to see older women as the main protagonists. However, I was bored by it. I could not make any connection with the 3 women. I have many female friends and as friends of long term we have many things in common. We haven’t changed inherently over the years. So these 3 reconnecting for this weekend to deal with the death of a friend - who one sees as the person who bound them all together (quite possibly) - seem to not like each other much at all. And at that age, we usually have dispensed with folks we don’t get on with. Harsh but true.

So I didn’t like them, didn’t care about what happened and felt the twist was a bit of a getting near the end lets throw in a shock cliche.

Apologies to the author. Writing is hard. And many people will like this book I’m sure.

I just felt I read it all before.

Amazon Customer
4.0 out of 5 stars Life shows us many paths on which to travel.
17 November 2019
Format: Kindle EditionVerified Purchase
I heard the author interviewed via podcast and immediately downloaded the book which I enjoyed very much. The characters were well written and all totally different but their common thread was their mutual friend who had recently passed and they met up to clean out her house. I thought the book described many of the up and downs of life and how we manage them and to me the message was accept life as it comes and learn from it. At the end of the day we don't know what is coming you cant really plan for it and we are all levelled to the same outcome - just get on with it.
Read more
One person found this helpful
Helpful
Comment Report abuse

Susie Lawson
5.0 out of 5 stars Totally engaging
8 January 2020
Format: Kindle EditionVerified Purchase
Wood manages the full array of emotions, with the reader feeling sad amused and quite disturbed at times. 4 old friends, one dead and the other 3 trying to come to grips with the remnants of the relationship they once had. All in their 70’s now, the book can be seen as a snapshot of how we view old age. Together with Finn the dog, this is beautifully written as Wood weaves her story about friendships, death and ageing.
Read more
Helpful
Comment Report abuse

Janni
4.0 out of 5 stars An absorbing read
23 December 2019
Format: Kindle EditionVerified Purchase
A compassionate story about three close friends in their seventies who come together to clear out a deceased friend's house. I liked the honesty of the book. The women have strengths and weaknesses- as we all do - and I liked the unevenness and depth of their relationship.
Read more
Helpful
Comment Report abuse

susie
1.0 out of 5 stars So depressing
8 November 2019
Format: Kindle EditionVerified Purchase
I heard this author being interviewed and thought this book sounded interesting - I am in my mid 70’s but I found this book so depressing. Why would the author who is not this age, want to write such a book?
Read more
One person found this helpful
Helpful
Comment Report abuse

Kjane
TOP 500 REVIEWER
4.0 out of 5 stars A brutal look at a strained friendship
17 December 2019
Format: Kindle Edition
This book is a snap shot insight into the lives of Adele, Wendy and Jude. Three friends who have gathered at Christmas to pack up the beach house of their deceased friend Sylvie. The three friends are now all in the seventies and their insecurities with themselves and each other quickly surface.
This is not a warm and fuzzy gathering, this is a book that exposes their physical and mental weaknesses warts and all.
Adele is a 'has-been' actress who does not appear to be able to switch off the self-indulgent diva act even though she is unemployed, broke and not sure how she will keep going or where she will live.
Jude is a force to be reckoned with, a successful restaurateur who is the mistress of a wealth business man that she has been with for 40 years. It is an affair not discussed but which everyone is aware exists.
Wendy is an academic dealing with her dog, Finn, who needs to be put down, but Wendy is in denial as Finn has been her loyal companion since she was widowed.
In coming together it seems to bring out the worst in all of them and they start to question how they ever remained friends at all.
A very honest and often brutally told book told in a very human way. I was pleasantly surprised and came to appreciate each of the characters.
Read more
One person found this helpful
Helpful
Comment Report abuse
There are 11 customer reviews and 14 customer ratings.
See all 11 customer reviews
Write a customer review
Get FREE delivery with Amazon Prime
Prime members enjoy FREE Delivery and exclusive access to movies, TV shows, music, Kindle e-books, Twitch Prime, and more.
> Get Started
Back to top
Get to Know Us
Make Money with Us
Let Us Help You
And don't forget:
© 1996-2020, Amazon.com, Inc. or its affiliates