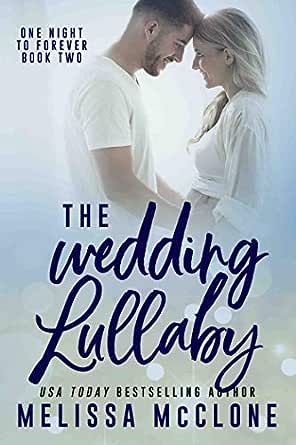 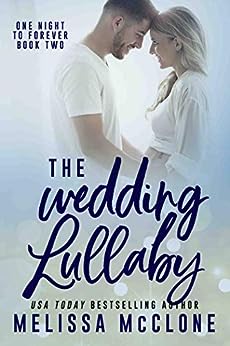 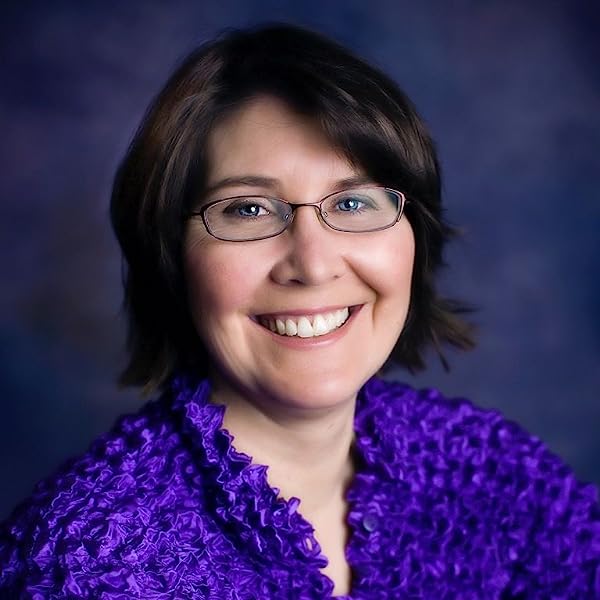 The Wedding Lullaby (One Night to Forever Book 2) Kindle Edition

USA Today bestselling author Melissa McClone has written over forty-five sweet contemporary romance novels and been nominated for Romance Writers of America's RITA(R) Award. She lives in the Pacific Northwest with her husband, three children, two spoiled Norwegian Elkhounds, and cats who think they rule the house. They do! If you'd like to learn more about Melissa, please visit www.melissamcclone.com. --This text refers to the paperback edition.

D. Dent
TOP 500 REVIEWER
5.0 out of 5 stars A fun read
Reviewed in Australia on 17 May 2020
Verified Purchase
A clean and sweet read. Two people learning that money isn’t everything. One has lost it all. The other keeps striving for more.

A wedding that was supposed to be just one night ends with a surprise package for the both of them. How they deal with this will effect the rest of their lives.

Lynda
5.0 out of 5 stars So you think you know yourself and what is important! Not!
Reviewed in Canada on 31 October 2018
Verified Purchase
The author reinforces one of life's lessons. The key to growing up is not physical growth but emotional growth. The love story is well written with an original twist. I really enjoyed reading this story and found myself rooting for this couple as they learned more about themselves than about their partners! Another winner from Melissa!. Warm, positive deep love story you will not want to close till it is done!! Strong characters who become even better people as their love story evolves! Her stories are not cookie cutter plots. I have read a ...LOT of her books and she makes each story original! I noe read "the author" more than the Titles, as I know she always delivers ...and I dont give 5's to everyone!!
Read more
One person found this helpful
Report abuse

Amanda Clark
3.0 out of 5 stars Didn't quite connect but decent
Reviewed in the United States on 18 April 2019
Verified Purchase
While I didn't quite enjoy this as much as I did the previous book "Fiance For The Night" it was still a sweet read.

I liked the idea of Brett and Laurel being brought together by a mutual friends extravagant fanciful whims. He seemed to know they'd be perfect for each other and made sure they got together. Although Brett was harsh on Laurel in the beginning, I did appreciate how he slowly let down his guard enough to let his feelings take over.

Laurel was gun shy about letting him in and I understood all her qualms about her parents marital issues but it felt as if they should've had a heart to heart much sooner. They could've avoided all the unhappiness they experienced. She sort of played that "independent woman" card a little too long for my taste but certainly not off putting enough to warrant putting the book down.

A surprise baby story is one of my favorite tropes but for some reason this one didn't quite meet my expectations. I guess I just hoped for more from these two. It's likely my fault though because I didn't have much of a connection to his character from reading the previous story. He wasn't really mentioned enough to tweak my curiosity but his story was pretty good regardless.
Read more
2 people found this helpful
Report abuse

morehumanthanhuman
4.0 out of 5 stars Sweet, genuine romance
Reviewed in the United States on 27 April 2019
Verified Purchase
This is the second in the series, but it works as a stand-alone. The plot mashes together elements of marrying a virtual stranger, secret baby, and rich alpha (but on the nice side, not a jerk) and it's a sweet mixture that goes down easy.

Socialist Laurel marries newly rich investment guru Brett after their mega-rich friend arranges it as part of his extravagant birthday celebration. Brett is insecure about the newness of his money and he's secretly hopeful that his one night with Laurel can develop into more. Not only does he think she's beautiful, he craves the validation of being associated with her family's reputation. But when she vanishes after their one wonderful night, he decides it isn't meant to be . . . until she shows up at his office four months later, penniless and pregnant.

In this book and the previous one, McClone does a good job writing men with temporarily terrible priorities, convincingly portraying how their good intentions (for security, to be reliable, etc) lead them into lifestyles that don't make them happy and tells the story of how they come to realize what it really is they want from life. I appreciate that her heroines don't exist to "fix" men and that the men aren't jerks who just learn how to be nice to a single woman. Brett is responsible, considerate, and generally a good guy . . . it's just that he has to overcome a bit of baggage (and Laurel does too).

I'm really enjoying this series so far and am looking forward to the next book.
Read more
One person found this helpful
Report abuse

> > Judging a Book by its Cover < <
A young, pregnant woman stands facing a handsome young man with their foreheads touching and his hands cradling their unborn child. It’s a sweet cover that compliments the blurb.

Socialite, Laurel, has just lost everything: her home, her finances, her sense of security. Finding out she was expecting after a fun and daring one-night wedding was the final thing to make or break her. Having nothing left in Chicago, she makes the three-day trek to Portland to connect with her ex one-day husband and father of her child. She needs a job and medical benefits but refuses to be a charity case or fall for the same entrapments that the Worthington women seemed so apt to.
Brett grew up in a single-parent household and never knew who his father was. He’d be damned if he allowed his child to grow up that way and the only way he can think to ensure that won’t happen is to make Laurel marry him. But when she refuses on the grounds of wanting independence, he convinces her he can help her –all the while hoping he’ll get her to change her mind.
I enjoyed Laurel’s character quite a bit and found myself getting frustrated with Brett’s thick-headedness at times… though I can see he meant well. Their ability to fully explain themselves and their standpoints and deeper feelings seemed to be major hurdles more than once.
The secondary cast was enjoyable. Cast interaction was great. Dialogue felt natural. The writing flowed smoothly and the plot was quite enjoyable; I did not want to put it down!
Predictability was low. The conclusion was perfect.
I loved the story and would readily recommend it to fans of Sweet Contemporary and Second Chance romances.
.
Rating: [PG] ~ Score: 4.425 ~ Stars: 4.5, if I could!
==========================
⭐ ⭐ **** Disclosure of Material: I purchased a copy of this book from Amazon and am voluntarily leaving unbiased and unsolicited feedback. I was not asked, encouraged, or required to leave a review - nor was I compensated in any way. I am posting this in accordance with the Federal Trade Commission's 16 CFR, Part 255: "Guides Concerning the Use of Endorsements and Testimonials in Advertising". ***** ⭐ ⭐
Read more
Report abuse

Always reading something...
3.0 out of 5 stars Hmm....
Reviewed in the United States on 24 June 2020
Verified Purchase
Okay, but not great. I didn't much care for Brett. He was carrying a lot of baggage from his childhood and he was also very manipulative. Laurel was okay, but she seemed rather young minded. I mean maybe that is how spoiled, sheltered rich girls are....I don't know. I think the person I like best in the book was Henry and his role was minimal.

Anyway, it's a happy ending, but it felt like it took a long time to get there. I think they could have just had some honest conversations and stopped with the inner thoughts of what couldn't be and this would have be smoother or better...
Read more
Report abuse
See all reviews
Get FREE delivery with Amazon Prime
Prime members enjoy FREE Delivery and exclusive access to movies, TV shows, music, Kindle e-books, Twitch Prime, and more.
> Get Started
Back to top
Get to Know Us
Make Money with Us
Let Us Help You
And don't forget:
© 1996-2020, Amazon.com, Inc. or its affiliates