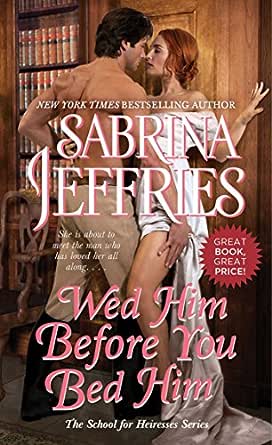 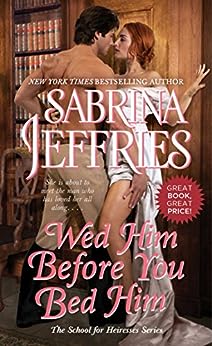 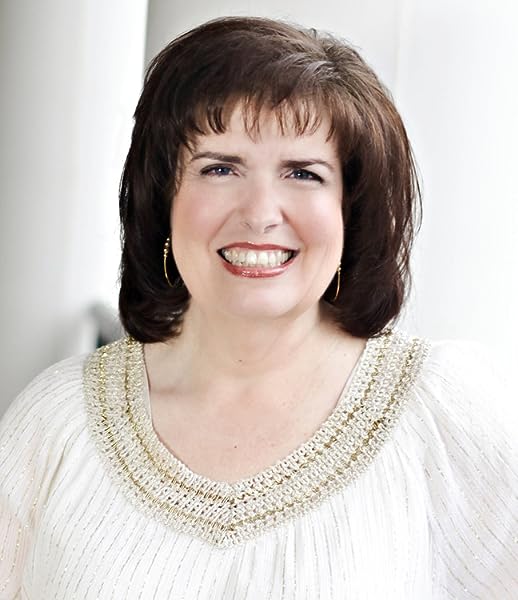 Sabrina Jeffries has written two dozen novels under the names Deborah Martin, Deborah Nicholas, and Sabrina Jeffries. She lives with her husband and son in North Carolina. --This text refers to an alternate kindle_edition edition.

4.6 out of 5 stars
4.6 out of 5
42 global ratings
How are ratings calculated?
To calculate the overall star rating and percentage breakdown by star, we don’t use a simple average. Instead, our system considers things like how recent a review is and if the reviewer bought the item on Amazon. It also analyses reviews to verify trustworthiness.

Ele
1.0 out of 5 stars I can't count the number of times I've rolled me eyes whilst reading this
Reviewed in the United Kingdom on 6 April 2018
Verified Purchase
A thoroughly frustrating plot line with an idiotic male lead who lies and uses sex to manipulate the female lead. There no real chemistry between the main characters and I keep asking myself why they're even bothering. Classic "crisis" thrown in for the characters to muddle their way through. I'm not sure I am going to read it to the end and I keep on skipping pages that irritate me.
Read more
One person found this helpful
Report abuse

Rosewood
4.0 out of 5 stars Guess who Cousin Michael is?
Reviewed in Canada on 2 November 2018
Verified Purchase
So finally with book 6 in the series we learn who Cousin Michael is, never would have guessed it - I thought it was Stoneville until he went up to Scotland to get Lucy's father in book 5 but Cousin Michael was writing to Charlotte the whole time Stoneville was gone - I liked all the main characters in the series - Charlotte in this story finally becomes a person instead of the mother hen/ school mistress she is in the rest of the series - the explanation of their past is an interesting subplot but David's wife subplot is a little over the top crazy - it is a nice ending to a fine series
Read more
Report abuse

tonion
5.0 out of 5 stars Nice story between love and crime
Reviewed in Germany on 26 May 2014
Verified Purchase
Charlotte Harris, head mistress of the School for Young Ladies was 18 years before forced by her father, to marry David, Lord Kerkwood. After a few kisses and the small idea, that this marriage may be not so strange, she sees his brother Gil in David's morning gown making lave to a servant. She thinks this is David and leaves. She tries to stop the marriage by writing a letter to David, where she accuses him of this doing. By accident, the letter comes to the press and David is ruined in public.
After the letter scandal David tries to ruin Charlotte. He enables her to realize her dream of a school for young ladies only for taking revenge by raising her rent for this property, which owns to an other men, and David rented the property himself for 15 years. Now the fifteen years come to end and he hat two troubles First in the meantime revenge is long away and he loves Charlotte. Second his masquerade as "Cousin Michael", who was invented to make this dream of Charlotte come around, has to fall, when the rent is at an end and Charlotte has to leave.
To solve this problem, he invents a codicil of his died wife Sarah, with a high amount to build a new school. The problems became more an more. The gambling brother of Sarah needs more money and accuses David of killing his wife in an anonymous letter to the authorities. Then the novel turns to blood and crime ending happy.
Read more
Report abuse

Texanne
4.0 out of 5 stars AT TIMES RENEWING AN OLD ACQUAINTANCE CAN BE REVEALING
Reviewed in the United States on 4 August 2018
Verified Purchase
Charlotte is the headmistress and owner of a school for young ladies. She believes much of her success has depended on letters of advice from an unknown man who signs himself Cousin Michael.

Now, when she needs Cousin Michael and his letters he apparently has disappeared.

At the same time David, an old acquaintance, has come to her telling her she has a legacy from his late wife. It will solve a good many of her immediate problems. But, Charlotte does not trust David at all.

Ms Jeffries creates characters who are well developed, intelligent and humorous. This book is no exception. Charlotte and David are strong characters who easily carry the story. They are both powerful protagonists. Although their history contains events which created a rift between them, they are now finding a new appreciation for one another. They are also renewing a strong physical attraction.

This book is part of a series, but it works well as a stand alone read.

I did not care for this book as much as others in the series.

For some reason, Charlotte did not appeal to me. I felt at times she was stubborn just to show how independent she was. To me, she was simply willing to make her point no matter the cost.

The plot was fast moving and held my interest. There is a mystery and danger. Both Charlotte and David are in jeopardy in one way or another.

Although this is not a favorite for me, it is a very well written book. Just what I would expect from Ms Jeffries.
Read more
Report abuse
See all reviews
Get FREE delivery with Amazon Prime
Prime members enjoy FREE Delivery and exclusive access to movies, TV shows, music, Kindle e-books, Twitch Prime, and more.
> Get Started
Back to top
Get to Know Us
Make Money with Us
Let Us Help You
And don't forget:
© 1996-2020, Amazon.com, Inc. or its affiliates