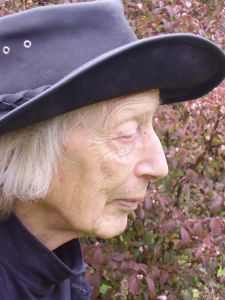 by Peter Dickinson (Author)
4.2 out of 5 stars 8 ratings
See all formats and editions
Sorry, there was a problem loading this page. Try again.

Mr Creosote
4.0 out of 5 stars Got made into a rather wierd BBC childrens serial
Reviewed in the United Kingdom on 29 December 2014
Verified Purchase
This was a sci-fi-fastasy-ish novel written in the late 60s for young teenagers... it was adapted into a BBC children's serial ("The Changes") in the 1970s, which finally came out on DVD this year (2014). And that, dear reader, is why I, a bloke in his 40s with a fondness for old BBC sci-fi shows and the Radiophonic Workshop, ended up reading it... obviously I am not exactly its target audience! I haven't a clue what a young teenager of today would make of it, but comparing it to other books of similar ilk that I remember reading as a kid, I'd say it held it's own pretty well. The 'concept' of "The Changes" was fairly interesting (society goes into a luddite frenzy and smashes all the machines, returning to agricultural depravity), although the mechanics/explanation of "how it worked" was a bit handwavey (all seemed a bit "magic"). What was perhaps better done was the attention paid to the two child protagonist's escapades, in terms of the practicalities of journeying/escaping by boat, car, horse, etc - all done with a survivalist's attention to details - I can well imagine my 12 year old self enjoying imagining how I'd cope on a similar adventure, armed with the details provided here on gear changes, carburettors and horse bothering.
The book is also refreshingly free from any unpleasant political incorrectness.
The BBC serial was very much only "adapted from" these books, so although you'll recognise the odd set piece from the TV show, the actual plot of the book is not at all the same from what was on screen.
Read more
10 people found this helpful
Report abuse
See all reviews
Back to top
Get to Know Us
Make Money with Us
Let Us Help You
And don't forget:
© 1996-2021, Amazon.com, Inc. or its affiliates