We Ride the Storm: The Reborn Empire, Book One and over 1.5 million other books are available for Amazon Kindle . Learn more
Share <Embed> 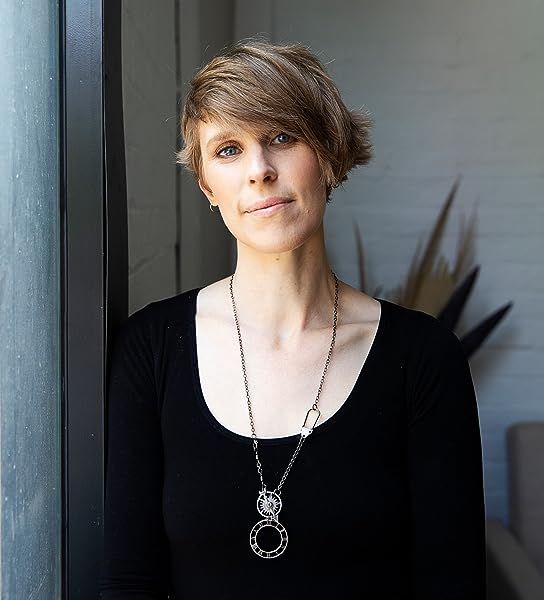 Page 1 of 1 Start overPage 1 of 1
Previous page
Next page
Start reading We Ride the Storm: The Reborn Empire, Book One on your Kindle in under a minute.

4.2 out of 5 stars
4.2 out of 5
156 global ratings
How are ratings calculated?
To calculate the overall star rating and percentage breakdown by star, we don’t use a simple average. Instead, our system considers things like how recent a review is and if the reviewer bought the item on Amazon. It also analyses reviews to verify trustworthiness.

Keith M.
5.0 out of 5 stars What a fantastic adventure!
Reviewed in Australia on 7 October 2019
Verified Purchase
The first sentence describes how hard it is to behead someone, which I thought would lead to the darkest of grimdark novels. But the reason Rah cuts off the heads of the deceased is to release their soul. His culture believes the soul resides in the head, so if it is not cut from the body, Rah thinks the soul will be trapped inside the body for eternity. It's actually beautiful in a dark kind of way. Rah was also my second favourite character.

My favourite character was Miko, a young princess who is resilient, calculating and very powerful. Much more powerful than her overbearing, male dominant society thinks. She comes into her own at about Chapter 20 (where she plays her ace card). What a fantastic character arc she has.

The book in its entirety is a brilliant journey that ducks and weaves between hope and complete gloom. I look forward to reading more of this series.
Read more
Helpful
Report abuse

J Smith
5.0 out of 5 stars Pacey and relentless.
Reviewed in Australia on 27 August 2020
Verified Purchase
I loved this book. It was so relentless and bloody and heartbreaking. I also really enjoyed having three POVs, which I felt gave a wonderful view of the politics of the situation from multiple angles. It also increased the tension as the players started to impact each other, and created conflict in me as I became in invested in characters on opposite sides.
All in all, vivid characters with great motivations, interesting and pacey plot, fascinating world-building with the promise of more (and darker) to come, and one particularly brilliant scene that makes you go AHHHHH. You'll know it when you read it.
I can't wait for the next one.
Read more
Helpful
Report abuse

Amanda J Spedding
5.0 out of 5 stars A brilliant voice in fantasy
Reviewed in Australia on 23 August 2018
Verified Purchase
One of the best fantasy novels I've read. It doesn't shy from the harshness of empires at war, nor what the characters will do to keep their honour, find a cure for the voice in their head, or save their people. A must read that I cannot recommend enough.
Read more

5.0 out of 5 stars A brilliant voice in fantasy
By Amanda J Spedding on 23 August 2018
One of the best fantasy novels I've read. It doesn't shy from the harshness of empires at war, nor what the characters will do to keep their honour, find a cure for the voice in their head, or save their people. A must read that I cannot recommend enough.
Images in this review

Sam
5.0 out of 5 stars Superb, tightly plotted, fast paced fantasy with great characters
Reviewed in Australia on 18 November 2018
This was a superb epic fantasy with great characters, a range of interesting and well thought through cultures and settings, and plenty of action. And a lot of ... uh... very respectful removal of heads (trust me). It's well written, tightly plotted, excellent stuff, and you should read it immediately.

My only complaint ("complaint") is that I'd have liked it to be twice as long. NEED the sequel.

AJs Reviews
4.0 out of 5 stars Epic
Reviewed in Australia on 12 March 2019
An epic adventure full of drama, ambition, secrets, action, and mysteries. An intricate tale that holds an aura of truth, that this is history not fantasy. A solid and substantial book that is satisfying, but will leave you looking eagerly towards the next installment. Masterful storytelling from a unique and welcome voice.
I received my copy through NetGalley. My review is my honest opinion.
Read more
Helpful
Report abuse

Kristyn Willson
3.0 out of 5 stars Grim dark
Reviewed in Australia on 23 March 2019
Too grim dark for me.
Read more
Helpful
Report abuse
See all reviews

Kindle Customer
5.0 out of 5 stars Epic fantasy of the highest quality
Reviewed in the United Kingdom on 25 September 2018
Verified Purchase
Intricate, compelling and vividly imagined, this is the first in a new trilogy that I am hugely excited about. Visceral battles, complex politics and fascinating worldbuilding bring Devin's words to life. The ending is both satisfying and leaves the reader craving more - mysteries are revealed around our three protagonists, but further mysteries are introduced that will carry the narrative wth excitement and aplomb into the next book.

Devin makes the bold choice of using three first person POVs for her narrative style. At first I didn't know how this would work, but I can now confidently say it works very, very well. Each idiolect is distinct and unique to that POV, so that within the first paragraph or two, it's clear who is speaking. She also cleverly refers to place very early on, which grounds the POV further, and each POV has its own little symbol on the opening page of that chapter. It took me a while to catch on to those, but they're also a handy guide if there was ever a time you weren't sure which character was narrating.
Read more
One person found this helpful
Report abuse

RBW
5.0 out of 5 stars What a wild ride of a story
Reviewed in the United Kingdom on 14 December 2018
Verified Purchase
Excellent read. This world was flavoured with Mongol (I think, though taller), Chinese and Roman races that clash on a continent in a war of conquest. The magic is subtle and intriguing, the characters are well-fleshed and interesting. It's written in first person point of view for each of the three main characters: A nomadic horseman, who is captain of his herd (clan), a whore and expert assassin who carries a ghost in her mind, and a warrior-princess of the Chinese inspired race. The tone of each POV chapter captures the essence of these characters well. The story wove between the their different outlooks and lives bringing me into the tapestry of the over-arching narrative.
I'm very much looking forward to the next book
Read more
2 people found this helpful
Report abuse

Andy Green
5.0 out of 5 stars Wonderfully evocative, brutally visceral fantasy
Reviewed in the United Kingdom on 27 March 2021
Verified Purchase
It is not often I pick up a book that so enraptures me it is hard to put it down. Devin Madson, I salute you. What a beautiful written expertly told fantasy. I loved every page and lived every moment. What a ride. Action-packed but so emotionally charged and full of intrigue. Wow.

The story is told through the eyes of three uniquely distinctive characters. You would think I would have a favourite. That I would mourn the passing of one character-driven chapter to pick up the thread of the next but I didn’t. I was so invested in each character that it just flowed. That is a really hard and really impressive ability to maintain throughout an entire book.

I particularly liked the Asian feudal feel to it. It was refreshingly different from the medieval European fantasy that is the standard trope. The nomadic Levanti, horse lords and fearsome warriors were reminiscent of ancient Mongols and the Khans only instead of Steppe ponies they rode towering horses. The Empire of Kisia had hints of ancient China but woven into a unique creed and history.

The story is left on a knife-edge for all three of our protagonists and I can’t complain having been guilty of a few cliffhanger endings myself. It just means I’m going to have to buy the second book….oh wait I already have.

If you love fantasy then I highly recommend this book. ‘Take a look inside’ and if that first chapter doesn’t grab you then maybe you need to take a long hard look at yourself.
Read more
Report abuse

lizc
5.0 out of 5 stars Excellent read
Reviewed in the United Kingdom on 4 August 2020
Verified Purchase
This is a great start to a new series. Characters are good and story line is excellent, can't wait to read the next one. I think this is one of the best books I have read all year, recommend it to everyone.
Read more
Report abuse

Someone
2.0 out of 5 stars Ultimately unfulfilling
Reviewed in the United Kingdom on 15 November 2020
Verified Purchase
It's well enough written, but most of the book is about the characters suffering the consequences of their own poor decisions with no real payoff (asides from one character, whose sole victory is short lived). I won't be continuing to the next.
Read more
One person found this helpful
Report abuse
See all reviews
Back to top
Get to Know Us
Make Money with Us
Let Us Help You
And don't forget:
© 1996-2021, Amazon.com, Inc. or its affiliates