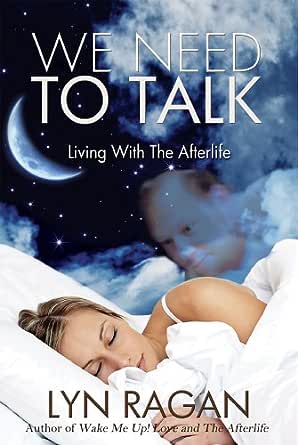 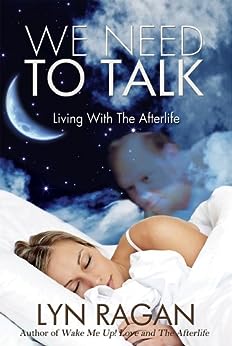 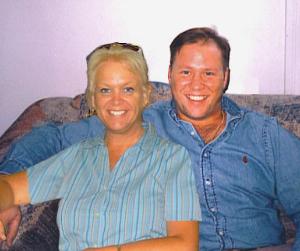 We Need To Talk: Living With The Afterlife Kindle Edition

What would you do if someone you lost-- had returned from the dead...
Chip and Lyn are a very happy couple and deeply in love. As they talk on the phone one morning, Chip encounters a trespasser while preparing his semi for work, and is murdered. He finds himself in the Afterlife, unable to be seen or heard by the living. Needing his fiancé to know he's still alive, Chip quickly learns to grab her attention with after-death communications (ADC's). While sharing his new life, divine love, and spectacular adventures, he takes Lyn to visit another world... a world called the Afterlife.

"I have never witnessed a closer relationship between two people in two separate dimensions. If you wonder if life goes on after we die,you will be convinced that it does after reading this book." ~Leslie Dutton, Psychic Medium

"Love is a bond that survives even unthinkable tragedy. This story demonstrates how love is the bridge that supports and connects us to those departed." ~Robert Sharpe, Author of Joy Potential: Where You'd Least Expect It

"If you've ever wondered if the Soul continues on after the physical body ceases, wonder no more." ~Michelle Griffin, Through The Veil Productions

As the psychic mediums in this book point out, Chip is a perfect model for "proof of life" in the Afterworld. The evidence of his survival gives the reader hope that eternal love and ever lasting life do exist. Filled with grief, humor, and otherworldly love, We Need To Talk will make you question the nature of life after physical death.

Lyn Ragan knew at the age of fourteen she would write a book one day. She subscribed to True Crime and True Detective, reading each edition faithfully while plotting her fiction novel she never wrote. Twenty-five years later, she met the love of her life never thinking she'd be involved in a real-life crime. After her fiance's murder, she followed his guidance by way of ADC's, (After Death Communications). From the other side, Chip insisted she write their story. Despite her struggles with grief and added defiance, she reluctantly gave in. Following Chip's communications, she penned their first book, Wake Me Up! Love and The Afterlife. Years later, Lyn was moved to write again. Encouraged to share their deepest connections, she intuitively used his words as inspiration and titled their second book, We Need To Talk: Living With The Afterlife. While writing her novels, Lyn was introduced to the spiritual arts of energy work. She pursued meditation faithfully and went on to study Reiki Healing, Auric Energies, and Chakra Balancing. She later used her studies to become a professional Aura Photographer, an Ordained Minister, a Children's Book author, and a publisher. Lyn enjoys sharing her afterlife experiences with Chip and hopes their story sheds new light on continuing relationships with loved ones passed. She lives in Atlanta with her fur-kids, Scooby and Chipper. Lyn can be found online at www.LynRagan.com, and on Facebook at WeNeedToTalkBook."
click to open popover

Sheila Jenkins Author of The Day Before: Eternal Bonds into the Afterlife
5.0 out of 5 stars A Labor of Love
7 June 2014 - Published on Amazon.com
Verified Purchase
This book is a true labor of love written by Lyn Ragan alongside her sweet Chip! Their love still continues after his physical disappearance (murder) and reaches out to the reader in the most profound way! Lyn's account of her dreams that Chip is showing her are so detailed and palpable that I was left breathless as I myself relived every dream with her. I do believe that all of us can be open to After Death Communication but that Lyn truly was chosen to write about her and Chip's love story and continual existence after death. I love that Lyn states at the end of her book that one important component she failed to realize about life is -death. Whether it was her parents who failed to teach her or the schooling system or even an adult failing to discuss it her obsolete views about death were a learned behavior. She further states "I have to believe my reaction to Chip's rapid disappearance might have been different if I had been cultured about death in a spiritual sense. If somewhere in my life this was said, death is a celebration for the one releasing the human body I would have had the choice to grieve another way. If someone would have told me that communicating with the Afterlife is a natural process and just because we die a physical death, that doesn't mean our soul dies too". That is why I chose to call this book a labor of love because Lyn and Chip through their love are reaching out to help others understand just what Lyn and most of us don't. LOVE NEVER DIES AND NEITHER DO OUR LOVED ONES! Thank you so much for this beautiful story of love that reaches across the dimensions to educate others. You didn't have to write it but you did!!!
Read more
26 people found this helpful

Pam McKeown
5.0 out of 5 stars Read it BEFORE you lose someone!
31 July 2014 - Published on Amazon.com
Verified Purchase
I happened upon this book by coincidence. (fort the record, I don't believe in coincidences) I have read a ton of books on ADC's, NDE's, OBE's, and the like. I find the subject fascinating. So, when I came across 'We Need to Talk' I thought, what the heck. Sounds like a good book, right up my reading alley.

Well, little did I know that I would LOVE this book! It captured my attention in the beginning because it read like a fiction book, and I was intrigued! Most of the books I've read are more on a scientific, and fact based approach. This book was more....softer if you will, very refreshing. The book is well written and down to earth. The loss we all have either had or will have at some point in our lives is devastating...this book helps to really and truly understand where we go and how we really never do go 'anywhere'.

I highly recommend this book BEFORE you lose someone you love. It will help anyone and everyone who needs to heal and understand. The author went through her loss and devastation so she could share with us what she learned from her loss, that there is no ending to life and love.
Read more
25 people found this helpful

Halo
2.0 out of 5 stars I have to say it is painful for me to read
2 January 2015 - Published on Amazon.com
Verified Purchase
Although this subject matter is very close to my heart, as much as I anticipated loving this book, I have to say it is painful for me to read.
My own dreams leave me exhausted and confused upon waking ('normal' dreams, not 'visitation dreams'). Spending a lot of my REM sleep in a dream state with dreams that make no sense and are fragmented basically annoys me. There isn't one night when I don't go to be and pray for am peaceful night with dreams that at least make SOME sense and don't have me running around...searching for someone, or something...climbing stairs, in elevators. It's just not fun having all this commotion in my head when I am trying to rest my mind during sleep.
What this book does is give me all that, but even worse. The author's dreams (which she seems to love) make me insane. I can't imagine having a loved one put me through all that. It's not like her dreams are ones of tranquility (what I would expect a representation of The Other Side to be), but riddles and chaos....just like my every day dreams that make me wake exhausted. Reading this woman's dreams when I have a hard time making peace with my own is just not what I expected. I cannot say I would ever recommend this book to anyone. It does not in ANY way, leave me with good feelings like other books on the metaphysical do. It just puts me on edge. Maybe when I get to the end of this 'nightmare' I'll feel differently but right now, I am not enjoying this read at all.
Read more
16 people found this helpful

Kindle Customer
5.0 out of 5 stars My son died suddenly 7 months ago.
22 April 2016 - Published on Amazon.com
Verified Purchase
I would strongly recommend this book to anyone who has lost a loved one without any warning. I can still hear myself screaming the day I was told my son was dead.
At first I couldn't understand the description of Lyns' dreams and thought I must have picked out the wrong book. However I stuck with it and am so happy that I did. This is an excellent writing and I'm sure I will read it many more times. I am reading every book I can find on death, after life.
I'm still trying to find the signs Lyn talks about looking for. I have not searched for a Medium though I am considering it. I have only had one quick dream that I remember.
Read more
5 people found this helpful

WandaG
1.0 out of 5 stars Just not buying it.
10 August 2017 - Published on Amazon.com
Verified Purchase
It has been a while since I read this. But I do remember thinking, what an unhealthy relationship she is trying to hold onto. It didn't feel believable to me - and I usually have no problem believing in the spiritual realm. The book was very poorly written. ...should have used an editor.
Read more
2 people found this helpful
Go to Amazon.com to see all 123 reviews 4.0 out of 5 stars
Get FREE delivery with Amazon Prime
Prime members enjoy FREE Delivery and exclusive access to movies, TV shows, music, Kindle e-books, Twitch Prime, and more.
> Get Started
Back to top
Get to Know Us
Make Money with Us
Let Us Help You
And don't forget:
© 1996-2020, Amazon.com, Inc. or its affiliates