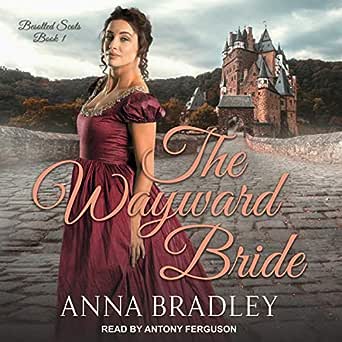 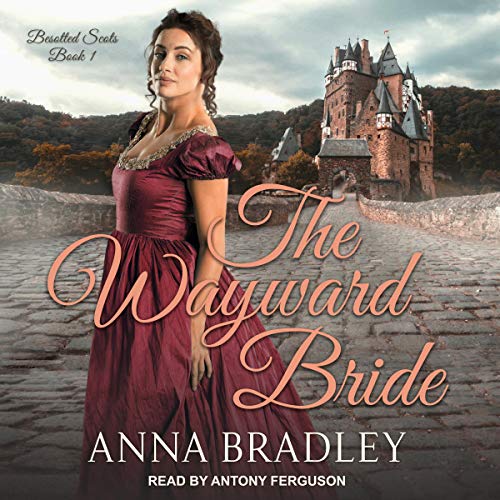 Brutally Honest Reviews
TOP 100 REVIEWER
4.0 out of 5 stars Not quite standalone enough for a new series starter
Reviewed in Australia on 28 February 2019
For the first book in a new series, The Wayward Bride contains a lot of references to events which happened in a book in a completely different series, that being More Or Less A Temptress, which was the third in the Somerset Sisters series. We first met Isla Ramsay in that book when her older brother courted Hyacinth Somerset, and Isla got herself involved in a scandal for Hyacinth’s sake which saw her get engaged to Lord Sydney, a gentleman she likes very much but doesn’t love.

As it happens, I’ve read that book and very much enjoyed it, but if you haven’t you’re just going to have to roll with the plot as it’s presented, and trust me that’s it’s very much worth the occasional moment of wondering what’s going on. And it’s worth it because you get not one, but two fantastic romances here; Isla’s with Lord Pierce, the marquis she was well on the way to being in love with before the Incident which saw her get engaged to Lord Sydney, and Sydney’s… which is an actual M/M gay romance. It’s not hinted at in the blurb, which is pretty brave of the author because undoubtedly some prejudiced types are going to react badly, but I absolutely loved it and I’ll be waving this book at folks who are demanding more sexual diversity in their historical romances as an excellent example.

Although the m/m romance does fade to black before the sex scenes, it’s well explored, probably getting about a third of the page time in the book, and I probably enjoyed it more in a lot of ways because of the exploration between class divisions. Isla and Lord Pierce basically have a misunderstanding which is resolved by getting trapped together during a storm, whereas Sydney and his love interest Lucas are from very different social spheres, Lucas being a farmer.

I kind of want to give this five stars because of the gay representation, but I really can’t because as the starter for a new series, it doesn’t stand well enough alone. With four major protagonists, three of whom have appeared in previous books, nobody really got introduced well enough to new readers and everyone just came across as too nice for words; there wasn’t really any character conflict or growth. Four stars because I enjoyed the read, but if you haven’t read the previous series, you might not enjoy this as much.

Disclaimer: I received a copy of this book for review from NetGalley.

Sonja
2.0 out of 5 stars Could not finish
Reviewed in Canada on 22 October 2019
Verified Purchase
First time for this author for me...unfortunately I did not like it. Lead female was annoying and the lead male just came across as weak. Could not finish.
Read more
Report abuse

dreamweaver25
2.0 out of 5 stars Unexpected (spoiler)
Reviewed in the United States on 4 March 2019
Verified Purchase
A good portion of the book was between Lord Sydney and a farmer named Lucas. Wish I’d known that before I bought the book. I skipped about a third of the book - primarily because I really don’t like social justice in my Regency Romance. I read to relax. This storyline, accepted by all, was improbable - back then it was a crime...and breaking a betrothal was a big deal, and not having an heir a very big deal...and giving an earldom to some American cousin, well, the earth rocked...!

And Isla, in a prior book, seemed to have her act together, but in this... TSTL. Riding out in an ice storm, getting lost, staying in a bachelor’s house for four days when her own house (equipped with a sleigh!) was only 30 min away, (why didn’t her family come get her?!) ‘being with’ a man NOT her betrothed...and Hugh—not even close to gentlemanly behavior.

There was just a lot going on that seemed way more 21st century than 19th. Two stars because Anna Bradley writes well but in this case her plot left a lot to be desired. (PS, I have no trouble with gay relationships but would prefer to know that is part of a storyline before purchase.)
Read more
36 people found this helpful
Report abuse

RondareadsAlot
1.0 out of 5 stars Disclosure would have been nice
Reviewed in the United States on 3 March 2019
Verified Purchase
There is a m/m relationship included in the story. Not my reading preference. I basically read half of the book. I have enjoyed Ms. Bradley's other books but this was a little scattered. my favorite character was the dog. If you're a fan skip this one and if you're reading Ms Bradley for the first time choose another.
Read more
26 people found this helpful
Report abuse

Amazon Customer
1.0 out of 5 stars Gay romance!
Reviewed in the United States on 26 April 2019
Verified Purchase
I liked Anna Bradley until this book. There is a gay romance that takes up half the book. I had to skip over most of it because that's not my thing and not what I want to read. I wish I had known before buying this book! Needless to say I will not be reading any more of Anna Bradley's books.
Read more
19 people found this helpful
Report abuse

Lady Reads-A-Lot
3.0 out of 5 stars Well written, I just don't like love triangles. At all.
Reviewed in the United States on 2 March 2019
Verified Purchase
I am a huge Anna Bradley fan. I've read some of her earlier books many times over, as I appreciate the depth and nuance of the emotional journey her characters go through to find love. I was nervous at the end of her last book (More or Less a Temptress), as she set up this book as a love triangle. I hate love triangles. I hate the emotional angst of characters feeling like they are betraying someone else. I hate the idea of one individual ending up having to be a bad person in order to make the other person be the logical choice, or the person not chosen ending up being hurt. So I was wary going into this book.

But, when this was published, I was hopeful, having read the reviews that one portion of the triangle turns out to be gay (which I LOVED, even if it would never, ever have happened that way in real life, way too socially unacceptable/illegal for Regency England), but instead of this aspect eliminating some of the emotional angst, It just brought about more angst. It became a love quadrangle of angst. And then, to make it even worse, the book became a love quintile of angst. I almost stopped reading because there was so much angst.

And then, just when I thought I couldn't take any more emotional angst, the angst that I hate even more than love triangle betrayal angst came about: the "I will sacrifice my love for someone because of some stupid honorable reason". I hate that sh!t. Hate it. It always takes the exact same course as every other romance where this plot device pops up and it's dumb and unfair to the person who is being married for some honorable reason. That person deserves to be able to go find love and the person making the sacrifice is an actually a dishonorable idiot for not seeing it that way. Ugh.

If anyone could have written a triangle I could love, it would have been Anna Bradley. Unfortunately, she wasn't able to pull it off. This book did not have the depth of her earlier books that I so dearly love.

All this being said, my issues are mainly personal preferences. This book was well written, the plot is strong, the characters are dimensional and likable.

But really, all of the angst could have been eliminated if everyone had just sat down and had some honest conversations. It's ridiculous.

So, if love triangles are your thing, or you love emotional angst, you'll love this. If they aren't, go read one of her earlier books where her characters go on an emotional journey of growth to find love. They are much more interesting.
Read more
13 people found this helpful
Report abuse
See all reviews
Back to top
Get to Know Us
Make Money with Us
Let Us Help You
And don't forget:
© 1996-2021, Amazon.com, Inc. or its affiliates