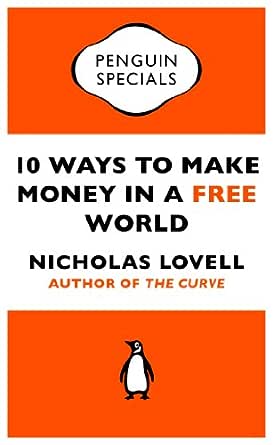 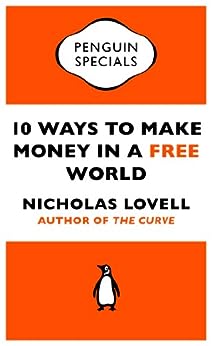 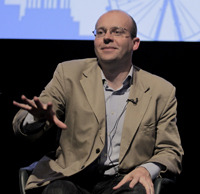 Nicholas Lovell is an author and consultant who helps companies embrace the transformative power of the internet. His blog, GAMESbrief, is read by those seeking to learn how digital is transforming gaming - and how to apply that knowledge to other industries. His clients have included Atari, Firefly, nDreams and Square Enix (creators of Tomb Raider), as well as Channel 4 and IPC Media. He is a columnist for Gamasutra, a contributor to the Wall Street Journal, and his articles have appeared in TechCrunch andWired. He lives in London.

Brett H
5.0 out of 5 stars A Succinct Guide to Doing Business in the Digital Age
Reviewed in the United Kingdom on 18 November 2013
Verified Purchase
The challenge of the digital age is something which most businesses are having to face up to, and not just the obvious ones such as music and gaming. For a short insight into the issues involved this is an excellent starting point. More than anything else it demonstrates that the obvious approach of regarding selling your product in a digital format as an alternative revenue stream is overly simplistic and, in the longer term, doomed to failure. The threat is not so much internet pirating, but the pressure of competition to drive the pricing point towards the marginal cost of the product, which for digital downloads is close to zero.

However, it is wrong to view the internet as purely a threat, although it has undoubtedly proved to be so for major business such as HMV and Game. The author gives examples of the transformational effect on companies and individual sellers, some in quite unlikely areas such as a bakery business, who have been able to use the opportunities in ways which could not have been easily predicted. Part of the message is to try new ideas, and if they do not work, to keep trying different approaches. Freeloaders are, in fact, your friends as they may well turn into ardent fans and big spenders once they are on your side. At the very least they will spread the message to their friends if they like what you are doing.

The author gives a very practical example of what he is extolling, since this free and short download is a lead on to his paid for book, The Curve. However, it does not include just a little of what is in that book as a teaser, as it contains 100% of the message but a very short version thereof. Finally he includes a full chapter from The Curve which shows how the group, Nine Inch Nails, have turned the traditional music publishing model on its head to great advantage. In other words this is a demonstration of how a business can give away something on the internet which leads to a real revenue stream in the sale of Nicholas Lovell's paid for book.

I have worked with companies with a strong internet presence, and have learned in a practical way much of what is included here. However, this is knowledge distilled very succinctly and whatever type of business you are involved in I would say it was a very worthwhile read. It may well strike a chord and inspire you to pay out real cash for The Curve!

Keith Farrell
5.0 out of 5 stars Five Stars
Reviewed in the United Kingdom on 25 February 2015
Verified Purchase
Some very interesting thoughts about doing business in the digital age.
Read more
Helpful
Sending feedback...
Thank you for your feedback.
Sorry, we failed to record your vote. Please try again
Report abuse

naomi taylor
5.0 out of 5 stars GREAT READ
Reviewed in the United Kingdom on 25 April 2014
Verified Purchase
THIS WAS VERY INFORMATIVE AND MUCH APPRECIATED. WRITTEN IN A LAID BACK FRIENDLY STYLE. THIS BOOK WAS AWESOME, I WOULD RECOMMEND THIS TO ANYONE BUT ESPECIALLY MUSICIANS AND PERFORMERS.
Read more
Helpful
Sending feedback...
Thank you for your feedback.
Sorry, we failed to record your vote. Please try again
Report abuse
Load more international reviews

Meelind Mandlik
5.0 out of 5 stars Free is the next expensive thing
Reviewed in India on 13 October 2018
Verified Purchase
Insightful information about changing times and adaptive approach.
Properly placed ideas and words. Precise and up to mark. Appreciated good read
Read more
Helpful
Sending feedback...
Thank you for your feedback.
Sorry, we failed to record your vote. Please try again
Report abuse

Heverton
5.0 out of 5 stars I really like it
Reviewed in Brazil on 21 June 2019
Verified Purchase
Yeah, i like it. This book it is interesting for to learn how you make money with tips about this mainly using the technology age. Cool!
Read more
Helpful
Sending feedback...
Thank you for your feedback.
Sorry, we failed to record your vote. Please try again
Report abuse

Damaskcat
4.0 out of 5 stars 10 Ways to Make Money in a FREE World
Reviewed in the United Kingdom on 14 November 2013
Verified Purchase
If you don't think you can possibly make money by giving away things for free then read this short book. In fact if you then go on to buy the author's paid for book `The Curve' you have seen his theories in action!

I think this book is a must read for anyone who is trying to set up an internet business. It shows how to create a following and to keep people buying your creations. Clearly if you want more detail then you would have to buy the book but this one gives you a taste of what is possible in the new world of e-commerce.
Read more
5 people found this helpful
Helpful
Sending feedback...
Thank you for your feedback.
Sorry, we failed to record your vote. Please try again
Report abuse

Leigh Anne
3.0 out of 5 stars Good for the beginner.
Reviewed in Canada on 22 February 2016
Verified Purchase
Good ideas, now to try them out.
Read more
Helpful
Sending feedback...
Thank you for your feedback.
Sorry, we failed to record your vote. Please try again
Report abuse
Load more international reviews

PARITOSH DALAKOTI
1.0 out of 5 stars One Star
Reviewed in India on 18 June 2015
Verified Purchase
not so practical
Read more
Helpful
Sending feedback...
Thank you for your feedback.
Sorry, we failed to record your vote. Please try again
Report abuse

Filbert
5.0 out of 5 stars Original and thought provoking
Reviewed in the United Kingdom on 29 October 2013
Verified Purchase
I had the pleasure of seeing Nick present at Wired 2013. I bought his book The Curve immediately afterwards and enjoy his take on the economics of the digital era
Read more
2 people found this helpful
Helpful
Sending feedback...
Thank you for your feedback.
Sorry, we failed to record your vote. Please try again
Report abuse

Dr. Joseph S. Maresca
5.0 out of 5 stars Helpful !
Reviewed in the United States on 11 March 2015
Verified Purchase
Lovell explains some important things about the digital business which are confirmed in my own experience.For instance,he urges prospective entrepreneurs to use "free" to find your audience and "social media" to engage your audience.This is true.People will take you up on acquiring free things and this is a good way to start building a client base.A number of the gurus in this area advise small businesses to acquire the emails of customers so that they can make sales pitches at a later date.

In my own experience, people will keep coming back if you give them great content.Another recommendation is to create a You Tube Channel to talk to your customers.This is a good idea because people can bond with you and begin to trust you if they see you in action.
Overall, Lovell's ebook is helpful.The contents will bring you closer to engaging more optimally with actual and prospective customers..
Read more
3 people found this helpful
Helpful
Sending feedback...
Thank you for your feedback.
Sorry, we failed to record your vote. Please try again
Report abuse