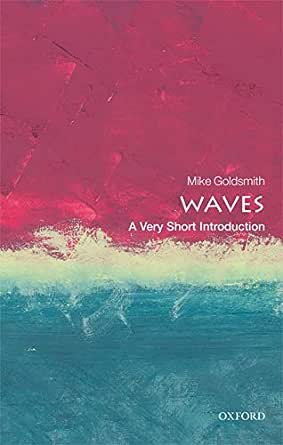 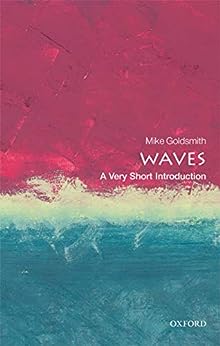 We live in a world of waves. The Earth shakes to its foundations, the seas and oceans tremble incessantly, sounds reverberate through land, sea, and air. Beneath the skin, our brains and bodies are awash with waves of their own, and the Universe is filled by a vast spectrum of electromagnetic radiation, of which visible light is the narrowest sliver. Casting the net even wider, there are mechanical waves, quantum wave phenomena, and the now clearly detected
gravitational waves. Look closer and deeper and more kinds of waves appear, down to the most fundamental level of reality.

This Very Short Introduction looks at all the main kinds of wave, their sources, effects, and uses. Mike Goldsmith discusses how wave motion results in a range of phenomena, from reflection, diffraction, interference, and polarization in the case of light waves to beats and echoes for sound. All waves, however different, share many of the same features, and, as Goldsmith shows, for all their complexities many of their behaviours are fundamentally simple.

ABOUT THE SERIES: The Very Short Introductions series from Oxford University Press contains hundreds of titles in almost every subject area. These pocket-sized books are the perfect way to get ahead in a new subject quickly. Our expert authors combine facts, analysis, perspective, new ideas, and enthusiasm to make interesting and challenging topics highly readable.

Dr Mike Goldsmith is both a working scientist and a writer of science books. His main areas of research are astronomy, where he has investigated cosmic dust, supergiant stars, and the substances found in other galaxies, and sound, where he has worked on sound in air and water, the history of noise, and intelligent machinery. Since 1986, Mike has written over fifty papers, reports, and articles about sound, as well as over forty science books for readers ranging in age from toddlers to adults. His books have been published in over twenty countries, with two of his titles being shortlisted for the Royal Society Prize for Science Writing.
click to open popover

Alejandro Pisanty
5.0 out of 5 stars Excellent overview. a prime example of science popularization.
Reviewed in the United States on 25 May 2019
Verified Purchase
This is an excellent book. I teach a course on Oscillations, Waves and Optics at a major university with higher-level textbooks. This delicious little book complements it perfectly. I highly recommend it to general readers who wish to get a feeling of what waves are like, with minimal mathematics and great mastery of the subject by the author. The book is an example of explanation that many writers should study and follow.
Read more
3 people found this helpful
Helpful
Sending feedback...
Thank you for your feedback.
Sorry, we failed to record your vote. Please try again
Report abuse

Amazon Customer
5.0 out of 5 stars I liked it.
Reviewed in the United States on 21 May 2019
Verified Purchase
It was good.
Read more
Helpful
Sending feedback...
Thank you for your feedback.
Sorry, we failed to record your vote. Please try again
Report abuse