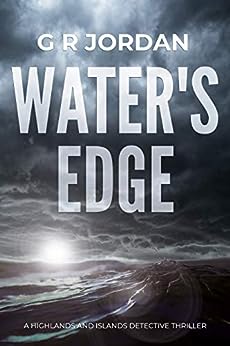 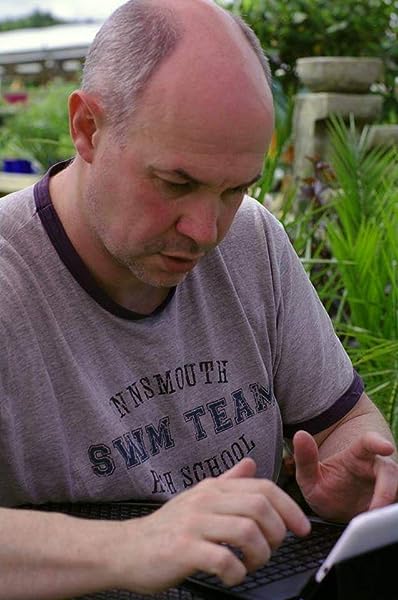 4.0 out of 5 stars
4 out of 5
517 global ratings
How are ratings calculated?
To calculate the overall star rating and percentage breakdown by star, we don’t use a simple average. Instead, our system considers things like how recent a review is and if the reviewer bought the item on Amazon. It also analyses reviews to verify trustworthiness.

CMB
4.0 out of 5 stars Good
Reviewed in Australia on 4 March 2021
Verified Purchase
A different angle with a detective who has strong religious beliefs coupled with old fashioned beliefs about women and partnered with a woman who lives her life dancing to a different tune. But they have lots in common - compassion, bravery, honesty and they trust each other. Looking forward to the next book.
Read more
Helpful
Report abuse

Tiffin
TOP 500 REVIEWER
2.0 out of 5 stars Not so good
Reviewed in Australia on 24 July 2020
Verified Purchase
I found this to be a depressing and confusing story. Not well written with an unclear story line and poorly defined characters. Sadly I won't be looking for more from this author.
Read more
Helpful
Report abuse

Steve P
TOP 500 REVIEWER
4.0 out of 5 stars Enjoyable gentle crime novel
Reviewed in Australia on 30 March 2021
Really enjoyed this "gentle" crime. I say "gentle" because, compared to the flavour of the moment being Scandi crime noir, WATER'S EDGE is less graphically violent and gory. This will suit some readers. WATER'S EDGE is written in an easy, flowing style. It's well-paced and the relationship between the two detectives partnered to solve the case is adeptly managed. The unique element of this novel is that the main detective is a conservative Christian who is finding it difficult to adjust to the mores of the modern world. This feature is handled well, and is kept to a comfortable level, not dominating the narrative. To be clear, this is not a novel pushing Christianity. It just happens to be one of the characters of the person and comes across as real and genuine in the context of the story. It's just unusual to read about a character like this in a crime novel, especially in a detective. But, given the enormous number of Christians living on earth, it isn't surprising there's a detective out there who happens to be one. So don't be put off by this aspect. It never dominates the overarching narrative. The tensions that arise between the two detectives because of this are entertaining and thought-provoking. My only issue with WATER'S EDGE is the last sentence of the book which, for me, didn't ring true. It seemed more like a contrivance. Others may differ. But, whatever you do, do NOT look at it until you get there after reading everything before it. No peeking!! Overall, an interesting story that would make a great read on a holiday, at the beach, or just relaxing.

I received a free review copy from Book Sirens in return for an honest review, and I am leaving this review voluntarily.

Sarah Sullivan
4.0 out of 5 stars Different, in a good way!
Reviewed in Australia on 26 August 2020
My first thoughts about this book when I began reading, was how well written it was. You can just tell when an author puts energy into the small details and doesn't rush to get to the main dilemma. I love reading police procedurals, especially those set in out of the way places, and I enjoy the fact that the author didn't resort to the typical stereotypes you would normally find in out of the way, small villages, ie dimwitted and lazy but pompous coppers.

His characters were refreshing in the way that the main, Seoras Macleod, was a very religious man. Not usual for a main character and which didn't sway as he found his way though the events in the book. The main female, while brainy and deserving of her 'promotion' was altogether too based on sex though, unfortunately. Almost every page had something about her figure or making heads turn or her daring exploits with attention etc. I know this was key in establishing character relationships but it got quite unnecessary after a while, I mean just how hot could this chick be?!

The book dealt with a few issues, loss, deviance, revenge and being different. I quite liked it and found it hard to put down. I'll be trying more from the same author for sure.

I received a free copy of this book through BookSirens in exchange for an honest review.
Read more
Helpful
Report abuse
See all reviews

SusanMcC
2.0 out of 5 stars I won't buy 2-4
Reviewed in the United Kingdom on 4 June 2020
Verified Purchase
This dodged along at a reasonable pace and if you want something to blind the eye then fine. There are too many really good Scot's authors at the moment to accept this as one. Getting into it, I had to check and confirm that it was a self editing job. It showed in a few pieces of grammer and syntax but more importantly the dialogue didn't fit the characterisation attempted. The build up to the Hope character would not do "giggles" like a school girl. What annoyed me most, and was so regularly occurring that it jarred, was the inappropriate comments and thoughts of the inspector. Not appropriate today and an insult to intellegent, fit and healthy professional women. I also found some inconsistencies for example the inspector had problem walking across the bog and had to follow Hope midbook but towards the end it mentioned he was born to these conditions and made a good pace across the soggy bogland.
I won't be buying the next 3 volumes.
Read more
10 people found this helpful
Report abuse

liz w
5.0 out of 5 stars Good Read
Reviewed in the United Kingdom on 19 December 2019
Verified Purchase
I bought this book as it was based where we live.
Really enjoyed the story line. There was a nice twist at the end which I didn't see coming
Read more
10 people found this helpful
Report abuse

mrs susan donnison
5.0 out of 5 stars Great read
Reviewed in the United Kingdom on 15 January 2020
Verified Purchase
This book was so interesting in so many ways, the various characters were well mixed, and I wondered how they would work together, it was so good in that the story line had many layers and continued to get deeper as the plot went on. Many twists that kept we guessing but a touching part in the story too. Well worth reading.
Read more
6 people found this helpful
Report abuse
See all reviews
Back to top
Get to Know Us
Make Money with Us
Let Us Help You
And don't forget:
© 1996-2021, Amazon.com, Inc. or its affiliates